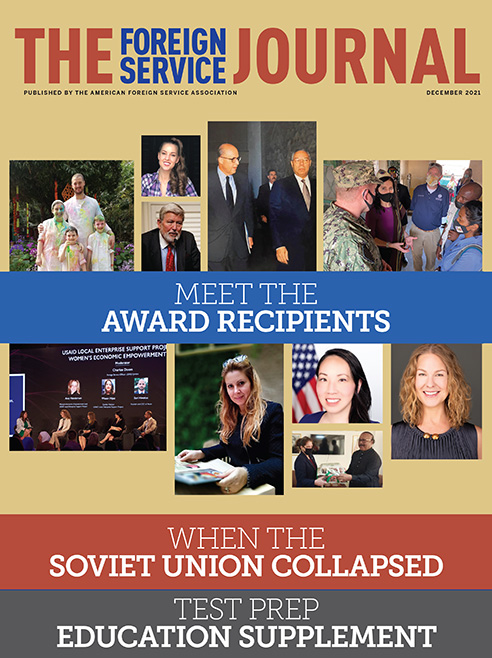 2021 Award for Lifetime Contributions to American Diplomacy: A Conversation with John D. Negroponte

The Odd Couple and the End of an Era

U.S. diplomats in the former USSR had a unique opportunity to better comprehend the world and practice their craft.

Join this retired FSO and historian on a journey back to the day when the U.S. entered the Second World War.

Preparing for the SAT and ACT: Why and How You Should Do It

Standardized tests can help you get into the college of your choice, but they are not like ordinary school tests and require preparation far in advance.

Restoring a Culture of Respect, Starting with the Iran Hostages

An Upset in Budapest

2021: A Year of Unrealized Potential?

USAID at the NSC Table