In this month’s feature, The American Way of Diplomacy, Robert Hutchings addresses challenges U.S. foreign policy is facing, such as how the Foreign Service should deal with increased militarization. Elsewhere, Robert Hunter calls for Getting State and the Foreign Service Back in the Game, and Felicity O. Yost offers a fascinating account of her father’s tenure as Ambassador to Morocco during the Cold War. In his monthly column, AFSA President Robert J. Silverman defends nation-building as a foreign policy strategy. 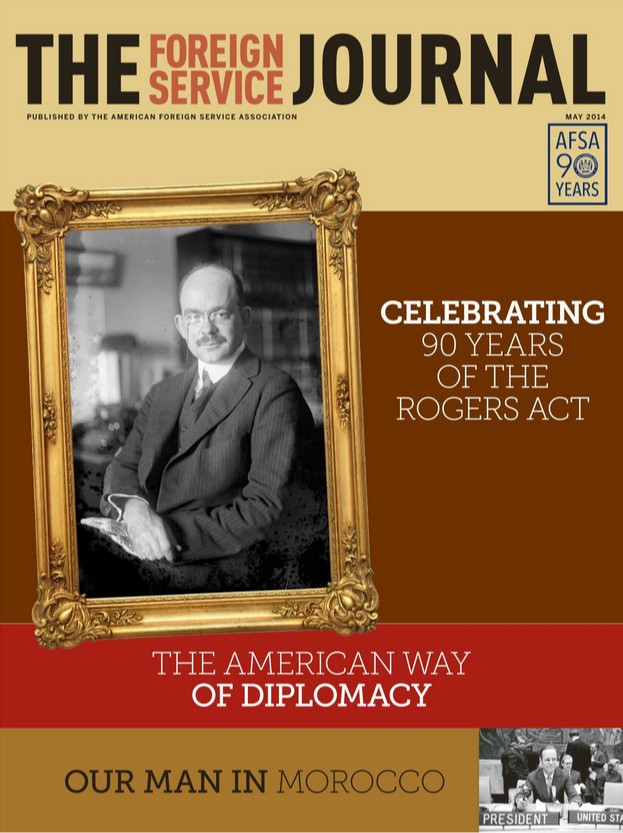 FOCUS: 90TH ANNIVERSARY OF AFSA AND THE FOREIGN SERVICE

Foreign Service, Civil Service: How We Got to Where We Are

The burden of two very different personnel systems, and a large and growing cohort of appointees exempt from the disciplines of either, is taking a real toll on the Department of State—and the Foreign Service.

In the Beginning: The Rogers Act of 1924

BY JIM LAMONT AND LARRY COHEN

Members of the U.S. Foreign Service share moments from their careers.

The American Way of Diplomacy

How do we rescue U.S. foreign policy from creeping militarization? How can we resurrect diplomacy from the musty archives of the past? A diplomatic practitioner offers some answers.

This account of Ambassador Charles Yost’s tenure in Morocco during the Cold War offers a window into his remarkable career and the texture of postwar diplomacy.

In Defense of Nation-Building

Getting State and the Foreign Service Back in the Game

On the Eve of Independence Day