From the FSJ Archive: Diplomacy and the Environment

The Foreign Service Journal > October 2021 > From the FSJ Archive: Diplomacy and the Environment

Decade of the Environment 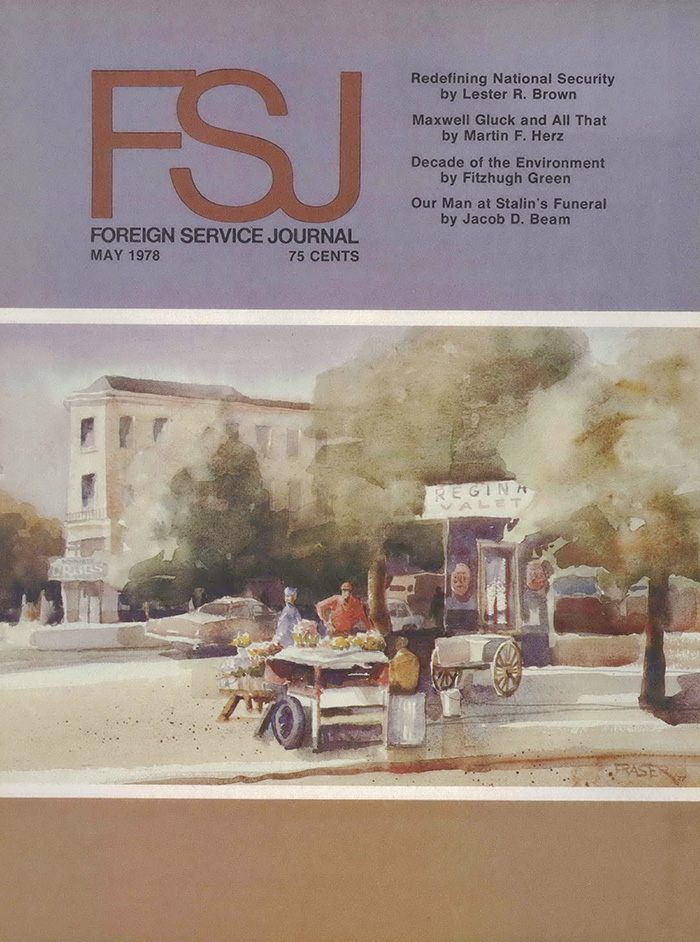 Many battles have been waged domestically between the polluters and the new federal control agency set up on Dec. 2, 1970—the Environmental Protection Agency. Additional laws have been passed, and enforced or tested in the courts. …

Overseas the United States assumed an early leadership starting in 1971 as its fledgling EPA began to meet, plan, negotiate and swap information with dozens of other countries just waking up to the eco-peril. Only Sweden (in 1967) had already formed a national EPA. This country and Great Britain set theirs up in 1970. As of now there are approximately 50 federal pollution agencies to be found on the five continents. Also, a clutch of multinational organizations are busily establishing pollutant measurement criteria and control guidelines among their members.

The magnificent results of the United Nations Conference on Human Environment at Stockholm in 1972 are still felt. That autumn the U.N. General Assembly formed another specialized agency and named it the United National Environmental Program. Headquartered in Nairobi, UNEP is largely an environmental monitoring activity, but it can and does focus world attention on major pollution problems.

—Fitzhugh Green, former associate administrator of the EPA, from his article of the same title in the May 1978 FSJ.

When Environment and Diplomacy Clash

The fate of Carter’s proposed yearlong study of global resource trends through the year 2000 illustrates the bureaucratic problems involved. Carter proposed the study to reassess U.S. foreign policy in terms of issues such as population and the environment. But the State Department was reluctant to get involved; apparently, no one at Foggy Bottom felt qualified to handle these issues. …

Some critics outside the government are challenging the moral arrogance they believe underlies these attempts to tie environmental strings on foreign policy. New York University’s Walter sees it as a “neo-imperialist view” and claims—along with most diplomats and economists—that environmental controls are an economic decision each country has to make based on a rough trade-off between pollution and economic growth.

This view is disputed by most development experts and nearly all environmentalists. They point to mounting evidence that poverty can’t be eradicated in the third world without treating the ecological damage that accompanies and aggravates this poverty.

Elizabeth Sullivan, reprinted from The Inner Dependent (UNA-USA, March 1978) in the May 1978 FSJ. 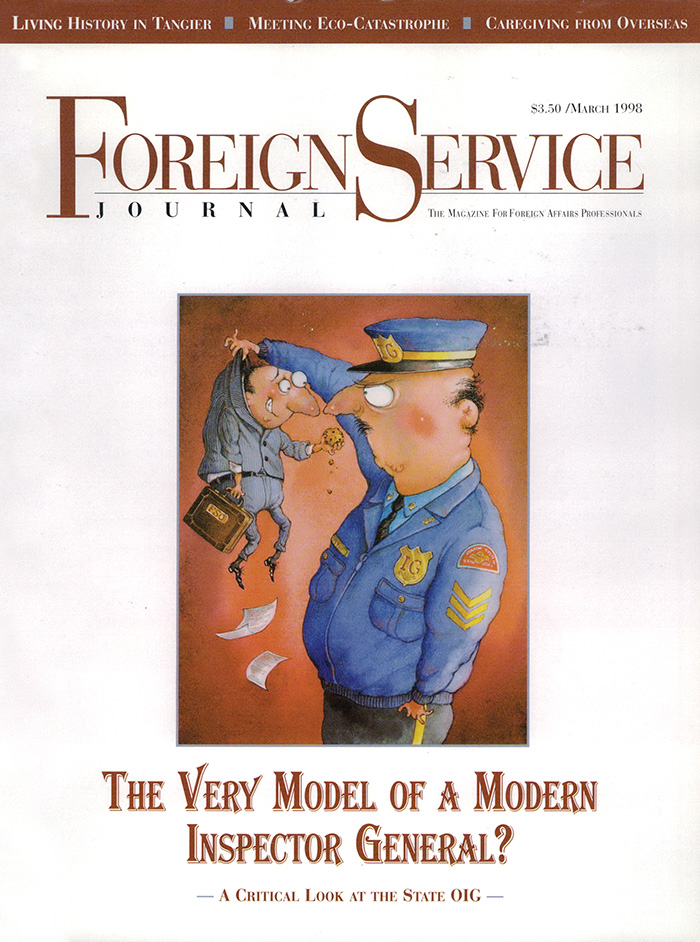 When population growth overwhelms environmental resources and a country does not have the capacity to deal with the resulting stress, intrastate conflicts result. … Scarcity acts mainly by triggering social effects—such as poverty and migration— that analysts often interpret as a conflict’s immediate causes.

While developed countries may have the skills and resources to deal with environmental problems, most of the developing world does not. If societies cannot adjust to environmental problems, the resulting scarcity of renewable resources will contribute to impoverishment, migrations, sharper distinctions among racial, ethnic and socio-economic groups, and to greater potential for collective violence among these groups.

A Call to Action 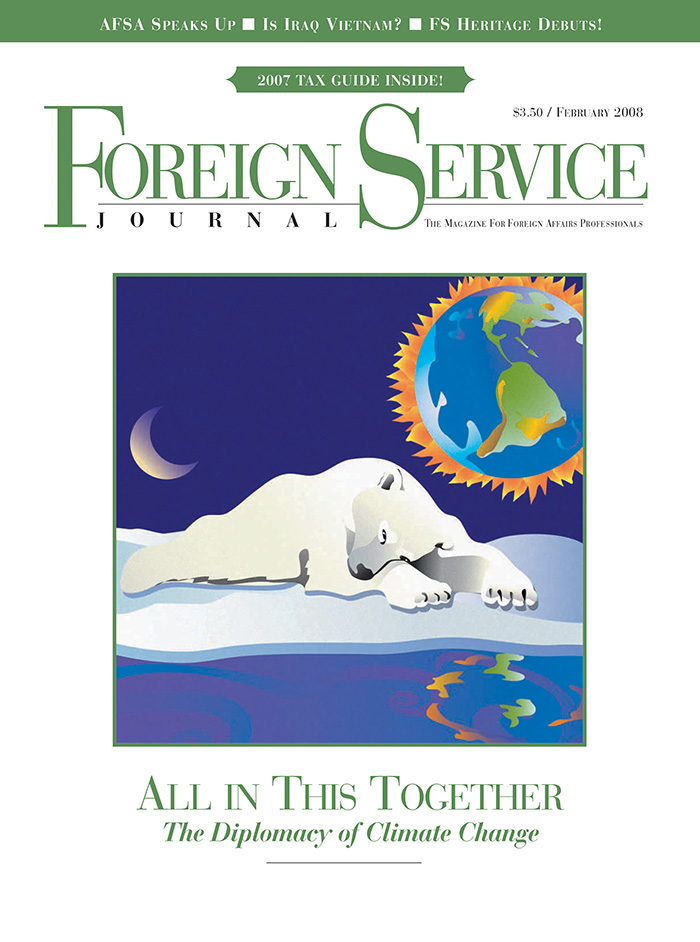 Climate change is no longer just an environmental issue, but one of the greatest economic, political and security challenges of the 21st century. And it will be one of the most complicated and compelling diplomatic challenges as well. Increasingly, climate change is becoming a matter of life and death—not just for animals and plants, but for people; and not some time in this century, but today. …

Preparing for and adapting to a changing climate will be one of the central tasks of international relations for the rest of this century.

Twenty years ago, in an historic act of foresight, two United Nations agencies—the World Meteorological Organization and the U.N. Environment Program—created the Intergovernmental Panel on Climate Change. A scientific intergovernmental body, the IPCC has delivered increasingly clear and forceful reports about the growing threat of climate change. The now-authoritative science underscores the urgent and overdue need to act. … This action must take at least three forms: negotiation, investment and adaptation—negotiation to reduce global emissions, investment to bring about a complete transformation of the world’s energy systems, and country-by-country adaptation to the inevitable effects of climate change.

—Timothy Wirth, former member of Congress (House and Senate) and under secretary of State for global affairs, from his article of the same title in the February 2008 FSJ.

The projected climate changes in the Arctic present challenges with no parallel in human experience to date. They are likely to cause substantial dislocation and expose vulnerabilities among the residents. Further, because these changes are directly linked to global processes such as a rise in the sea level, the availability of new sea routes and the opening of new natural resources, the effects promise to be equally profound around the globe. …

—Robert W. Corell, global change program director for H. John Heinz III Center for Science, Economics, and the Environment, from his article of the same title in the February 2008 FSJ. 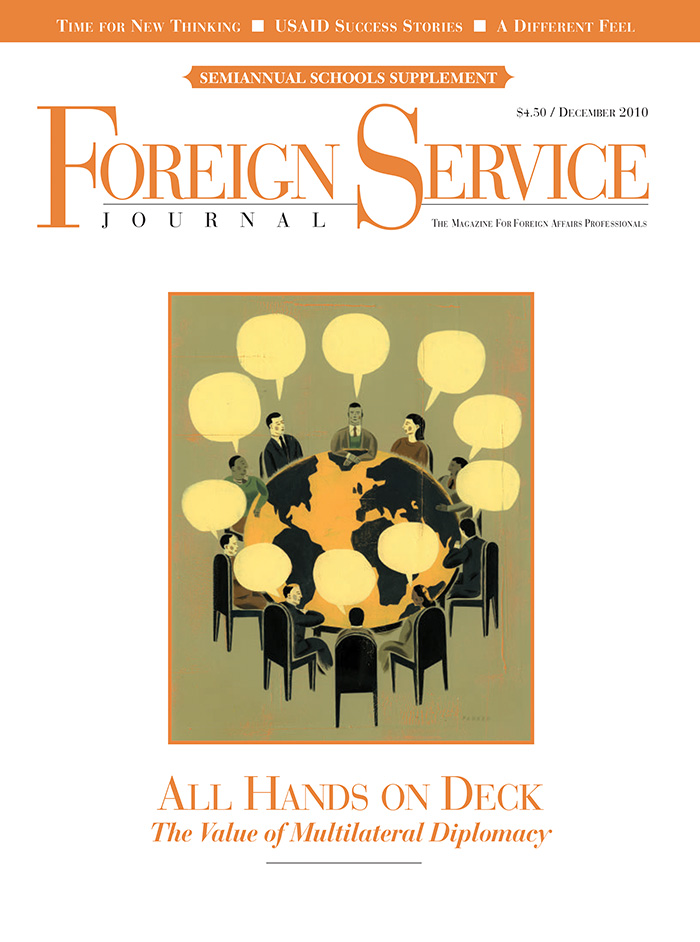 A number of factors were critical to the success of the Montreal Protocol. Important among them was the leadership role played by the United States from the beginning, well before the start of negotiations on the protocol. The United States was among the first to recognize the threat posed by CFCs, and took early action, along with some of the Nordic states, to ban their use in most aerosols. …

The negotiators of the Montreal Protocol, like those now seeking agreement on how to meet the challenge of global warming, faced formidable difficulties in dealing with a problem whose effects, while perhaps tolerable in the short run, were likely to be catastrophic over the long term in a “business as usual” scenario. Moreover, as with climate change, they had to deal with skepticism about the science involved. 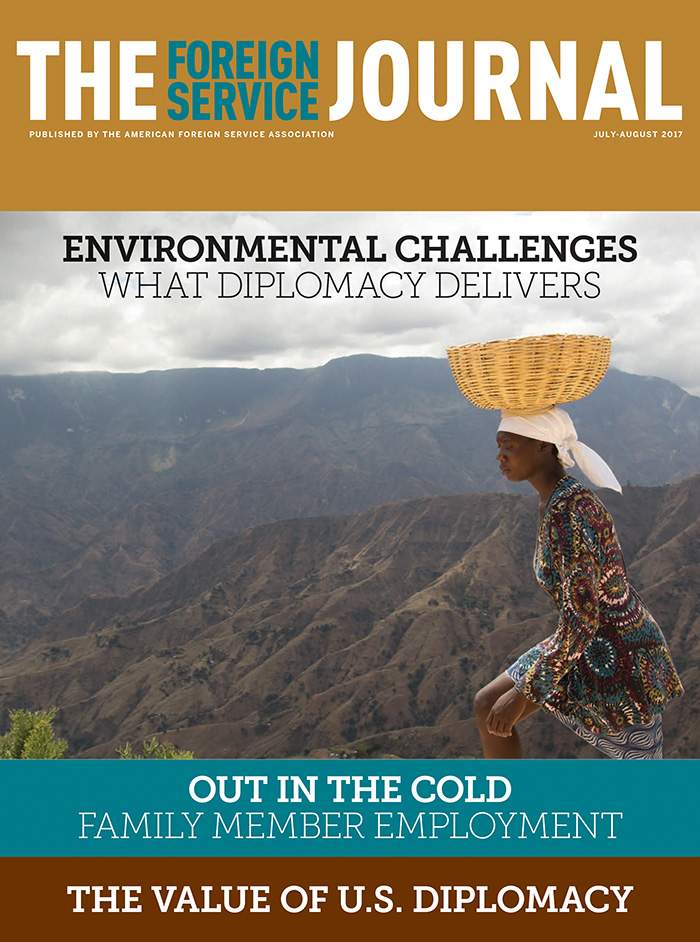 Climate change is one of the gravest dangers facing the world today, with profound implications for the future of all humanity. … These issues will long remain central to U.S. security and economic interests and will likewise remain of great interest to our partners around the world. We ignore them at our peril. …

Climate change is much more than an environmental issue. It is fundamentally about how our economies are powered. … In essence, international climate negotiations have been a “design and build” process, restructuring 21st-century economies so that we can move beyond fossil fuel-based development to low-carbon or zero-carbon development. No one country can solve the global challenge that is climate change, but the United States has an outsized role in finding a solution, both substantively and symbolically. Much of the world looks to the United States for leadership, not simply because of our political, military and economic might, but because of the historic responsibility we have as the largest historic emitter of greenhouse gases. …

For more than 25 years, climate change negotiators across the globe have worked to bridge deep divides among virtually all of the world’s countries to reach consensus decisions with far-reaching implications for how economies are structured and how we will maintain a habitable planet.

—Tim Lattimer, FSO, from his article of the same title in the July-August 2017 FSJ.

Although the Paris Agreement has drawn the lion’s share of recent international climate headlines, it is far from the only forum in which Americans can, and do, address climate issues. A glorious profusion of state, non-state and hybrid entities in the United States and elsewhere is demonstrating impressive ingenuity in relevant policy and technology.

—Karen Florini, former deputy special envoy for climate change at the State Department (2015-2017), and Professor Ann Florini, from their article of the same title in the July-August 2017 FSJ. 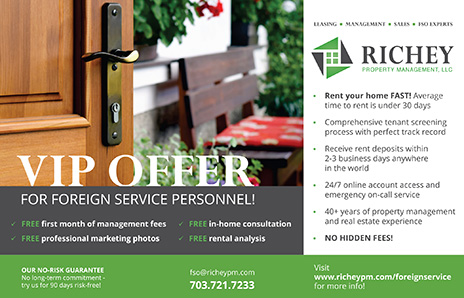