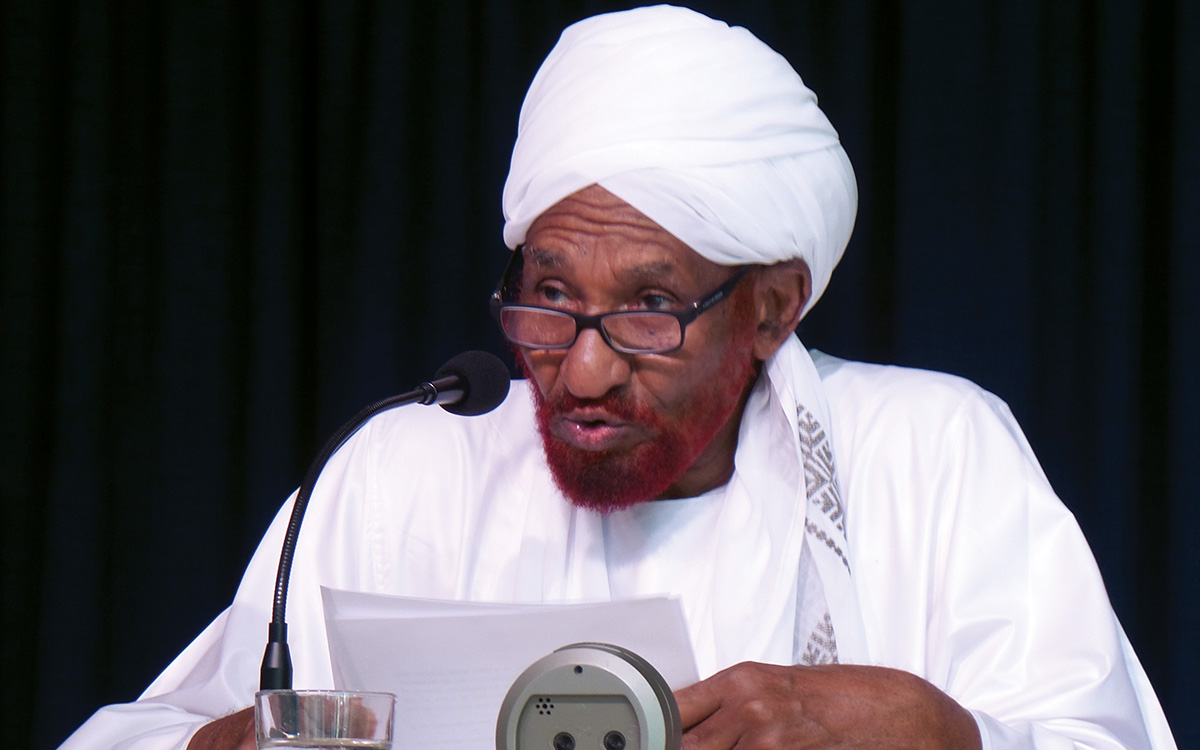 Sadiq al-Mahdi loomed large over Sudan from the mid-1960s until his recent death at 84 in the United Arab Emirates, where he was being treated for COVID-19. Great grandson of Muhammad Ahmed—the Mahdi who led the first Islamic revolt against British colonialism in the 19th century—he was an attractive figure for international leaders. With degrees in politics from Oxford, Sadiq was well spoken in both English and Arabic. Tall, powerfully built and athletic, he was a compelling personality.

In 1966, at the age of 35, Sadiq became prime minister. His Umma Party was the political vehicle for the Ansar, the Sufi collective linked by allegiance to the Mahdi. His term lasted less than a year before defections in his own party led to his ouster.

Twenty years later, after a public uprising resulted in the overthrow of military dictator Jaafar Nimeiry (1969-1985), the Umma Party won fair elections in 1986, when Sadiq again became prime minister. There were high expectations that he would end the civil war in the South, which had rekindled in 1983, and bring about economic reforms to put Sudan on the road to prosperity. He did neither.

Spending his time in political maneuvering, Sadiq sought to arrive at coordinated positions supported by the opposition Democratic Unionist Party, led by Mohamed Osman al-Mirghani and his brother-in-law Hassan al-Turabi, chief of the National Islamic Front. He feared that decisive action to end shar’ia (Islamic law) imposed by Nimeiri in 1983—an essential step to negotiating peace with John Garang’s Sudan People’s Liberation Army—would lead to another ouster.

The “Father of Talk”

Nevertheless, the period of his rule was one of free-wheeling democracy—with freedom of the press, no political prisoners and vigorous political debate. It was a pleasant and stimulating time to work in Sudan. Sadiq’s dithering, however, gave time for Turabi to plot with elements of the army to overthrow his regime, which occurred at the end of June 1989, just 10 days before my assignment ended as deputy chief of mission at U.S. Embassy Khartoum. Sadiq was imprisoned along with other political leaders but soon released, and continued to lead the greatly weakened Umma Party under Omar Hassan al-Bashir’s autocratic government.

During the 1986-1989 period, I had several meetings with Sadiq, sometimes accompanying Ambassador Norman Anderson and other times on my own as chargé d’affaires. I vividly remember one particular meeting. I had received an instruction from Washington to meet urgently with the prime minister to inform him that the U.S. government was “outraged” about statements that he had recently made supporting positions taken by Libya’s Muamar al-Qadhafi.

Always cordial, Sadiq took my démarche in stride without becoming angry, although he vigorously disputed the U.S. position. There was room for plenty of back-and-forth. Sadiq had the impressive habit of explaining his position by enunciating an eight- or 10-point plan precisely and without notes.

The problem was that his plans never seemed to get enacted. A popular nickname for him was Abu Kalaam, “father of talk.” In the embassy, we sometimes said that Sadiq made decisions, but no conveyor belt was ever created to implement them.

In 2011, more than two decades later, I returned to Sudan as senior adviser to the U.S. government on Darfur. I was astonished to find that beneath the surface of the widely detested Bashir regime, party politics were little changed from the 1980s. Sadiq, Mirghani and Turabi were still running their political movements more than 20 years later. Mirghani’s party had even joined the regime.

An Enduring Commitment to Democracy

During that time, I met Sadiq several times at his home in Omdurman, sometimes attended by his daughter Mariam, who has inherited his leadership of the Umma Party and is now Sudan’s foreign minister. He welcomed me and responded readily to my questions about national leadership, conflict in Sudan (including in Darfur) and Sudan’s role in the region. His mind was sharp. He was vigorous and still playing tennis. I considered him a friend and enjoyed that special hospitality for which the Sudanese are famous.

Sadiq’s death comes during a period of transformation in Sudan. Turabi died in 2016. Mirghani survives them both, but he is rarely heard from. The overthrow of Bashir in 2019 and the creation of an interim regime, headed by a military sovereignty council and a civilian prime minister, has brought new leaders to the fore in place of the Nile Valley tribes (e.g., Ja’iliin, Shaigiya and Danagla) that have dominated the politics of Sudan since independence in 1956.

Prime Minister Abdalla Hamdok is from Kordofan; Sovereignty Council Deputy Chair Mohamed Hamdan Dagalo (Hemedti) is from Darfur; and Gen. Shams al-Din Khabbashi of the sovereignty council is from southern Kordofan. Whatever happens during this fragile transition, the vast diversity of Sudan is much more likely to be represented at the political table than in the past.

Sadiq will be remembered fondly by many, not because of his flawed political leadership of his country, but for his enduring commitment to democracy. 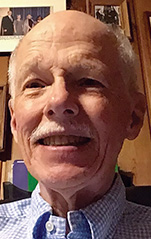