To Lead Abroad, We Must Deliver at Home

The Foreign Service Journal > October 2021 > To Lead Abroad, We Must Deliver at Home 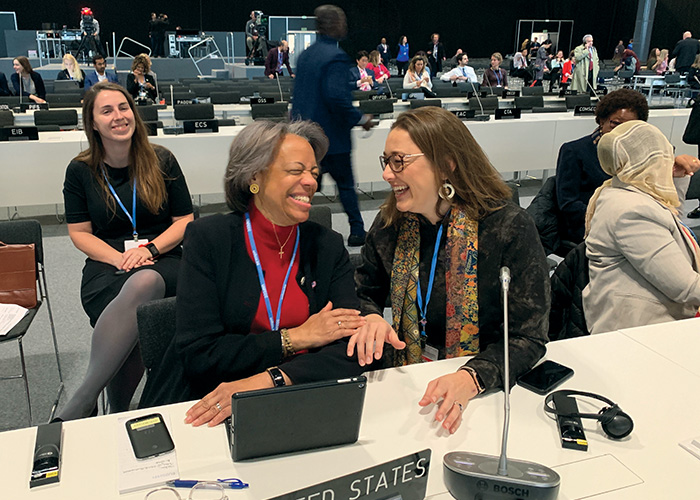 U.S. Head of Delegation Ambassador Marcia Bernicat (now acting assistant secretary for the Bureau of Oceans and International Environmental and Scientific Affairs), at left, and the author enjoy a light moment at COP 25 in Madrid in December 2019.
Courtesy of Holly Kirking Loomis

Climate change is accelerating extinctions across planet Earth and reshaping our modern human way of life. While our economic heft and technological prowess uniquely position the United States to take a leadership role in addressing climate change, our influence abroad and ability to persuade skeptical allies will ultimately depend on the actions we take at home, especially after changes in U.S. commitments to the Paris Agreement and Kyoto Protocol. To enhance trust with international partners and successfully persuade foreign leaders (and their domestic constituencies) to take on ambitious but costly commitments, we need to demonstrate an abiding U.S. commitment and implement consistent domestic policies to achieving these goals at home. We need to connect our international and domestic climate change initiatives.

As a third-generation Wisconsin farmer who wore cowboy boots and loved classic country music, my grandfather often said: “Money cannot buy clean air and water, and Mother Nature is not making new land.” I grew up amid idyllic rural Wisconsin pastures, woods, wetlands and contoured croplands along the upper Mississippi River’s driftless region, a slice of hilly and ancient land not glaciated during the last ice age. Like mine, many American communities possess a deeply rooted love of the land and the nature that enriches it.

Americans are concerned and active at the local, state and regional level in protecting and sustaining the life-giving beauty of their natural surroundings, including the occupations and sports supported by the natural environment. They are debating and forging durable local policies to address environmental issues; and their struggles, energy and insights should inform our international policy. Moreover, their stories can bring a new and compelling element to U.S. climate diplomacy.

Addressing climate change must become a shared goal among urban, suburban and rural communities, between blue and red America, if we are to achieve ambitious and sustained U.S. global leadership for the next four, eight or 80 years.

The Importance of Domestic Buy-In

Our foreign policy is strongest when it reflects our heterogeneity as a country while also garnering buy-in from diverse groups. In formulating and articulating our international climate policy, we should take lessons from post–Cold War globalization and economic liberalization. In that process inequality between developed and developing countries decreased, but inequality within developed countries increased. While globalization generated unprecedented material wealth, the unanticipated environmental, economic and cultural externalities of liberal trade policy—such as the loss of manufacturing jobs and the viability of the family farm—brought unanticipated and profound change to the culture and landscape of those areas, and subsequent generations are often worse off than previous generations. For example, transformational U.S. government moves toward cleaner energy sources will be accompanied by significant, and potentially volatile, trade-offs.

Internationally, the knowledge that vulnerable people are disproportionately affected by environmental decisions is critical, and we often focus on the binary “developed” versus “developing” country distinction. But the reality is that within developed countries, disparities are also often quite pronounced. West Virginia, USA; Taiyuan, China; and Katowice, Poland, must all grapple with the displacement of coal industry workers. If the United States and other countries can manage to move from reliance on fossil fuels while supporting and transitioning sizable sections of the American population, the new world system we are building will have more legitimacy.

The knowledge that vulnerable people are disproportionately affected by environmental decisions is critical.

We need to act fast. According to the Intergovernmental Panel on Climate Change’s sobering August report on global warming, the next decade is critical for humanity to avoid the worst climate change scenarios. However, we remain divided over the words we use to describe environmental issues. In rural Wisconsin, where I come from, we have traditionally grown gardens for food. We raised local, free-range animals and relished a closeness to nature long before the slow food movement and REI. Some folks recoil at words like “environmental justice” or “climate crisis,” but this should not be taken as a rejection of the underlying notion that poor communities and communities of color in the United States are inordinately affected by the effects of climate change or that we need to do more to protect nature and help people recover from the effects of natural disasters and extreme weather.

No matter what words we use to describe the phenomenon, climate change affects every American. Our fates are tied together. Our government should work to bring together diverse domestic environmental stakeholders in the same way the Obama administration forged the Paris Agreement among as diverse countries as Germany, Saudi Arabia, China and the Marshall Islands.

Speaking in concrete ways helps people from different groups identify with each other and find common ground. Based on what I see in my home community in Monroe County and elsewhere in Wisconsin, I am optimistic that we are moving toward a collective awareness of the problem. Our democratic system, community by community, will help us learn how to talk about the problem without retreating to political corners.

As an invited observer to the Monroe County Climate Change Task Force meetings over several months, I have been inspired by the group’s focus on practical solutions to real-world problems. With my ear trained by hundreds of hours negotiating multilateral texts, I could hear the community searching for its own vocabulary to address the natural phenomenon that everyone observed. This experience solidified for me that we can resolve disagreements by listening carefully to community member interests on issues ranging from establishing stream bank monitoring systems and evaluating county culverts and bridges for vulnerabilities to contemplating how national and state funds could benefit local mitigation and adaptation efforts.

In the last decade, western Wisconsin experienced two 100-year floods, and 2010-2019 was the wettest decade in the state’s history. With support from the Federal Emergency Management Agency and the Wisconsin Department of Natural Resources, Monroe County is offering a voluntary buy-out option for landowners located in increasingly vulnerable flood plains. The community is doing the best it can to reduce its environmental footprint while providing for the immediate needs of its people. At a recent meeting, 40 community members discussed the construction status of a new nursing home to house the county’s elderly, many of whom are also among the most vulnerable to climate change effects. While the county aspired to enhancing energy efficient infrastructure, building to meet Leadership in Energy and Environmental Design (LEED) certification standards would require time and financial resources that are in short supply.

Beyond local governments, we can better learn from and showcase transformational nongovernmental voices.

Monroe County is a leader in renewable energy, and it is common to see horse-drawn Amish buggies, Subarus and John Deere corn combines driving past massive wind turbines that surround the ridgetop headquarters of the Organic Valley Cooperative. Aspen Institute’s Nils Christoffersen has noted the similarities among racially diverse, marginalized communities facing climate change: “Biden’s Racial Equity Executive Order acknowledges people living in rural areas as being part of an ‘underserved’ geographic community requiring special consideration. … It’s time to reconsider dated stereotypes regarding which communities are leading the environmental movement and start imagining what could be accomplished if our policymakers tap into the ingenuity of rural Americans surviving on the front lines of climate catastrophe.”

Monroe County is just one of many rural American communities grappling with shrinking tax bases as they deal with complex water, energy and internet infrastructure issues and needs that often inordinately affect communities of color and low-income communities of all races. The area where my parents live does not have affordable access to broadband. Some major cellular carriers do not offer coverage in the outskirts of Sparta, the Monroe County seat. Educational opportunities and health care access have not kept pace with more prosperous cities. Current efforts to extend connectivity to rural areas help community leaders and citizens alike, which in turn enhance their ability to make climate-smart decisions at the local level.

One third-generation farmer on the task force said that this forum connected him with urban Milwaukee communities affected by tree loss, park shortages and water quality issues. The farmer said that the state’s indigenous communities shared his deep spiritual connection with the land. People sharing different perspectives resulted in a co-owned set of recommendations. Wisconsin leaders recognize the interrelationships among programs and citizens who interact with nature differently but with a common concern for conservation, whether businesspeople, environmental justice advocates, hunters, snowmobilers, fishermen, cross-country skiers, activists, farmers or bird watchers. 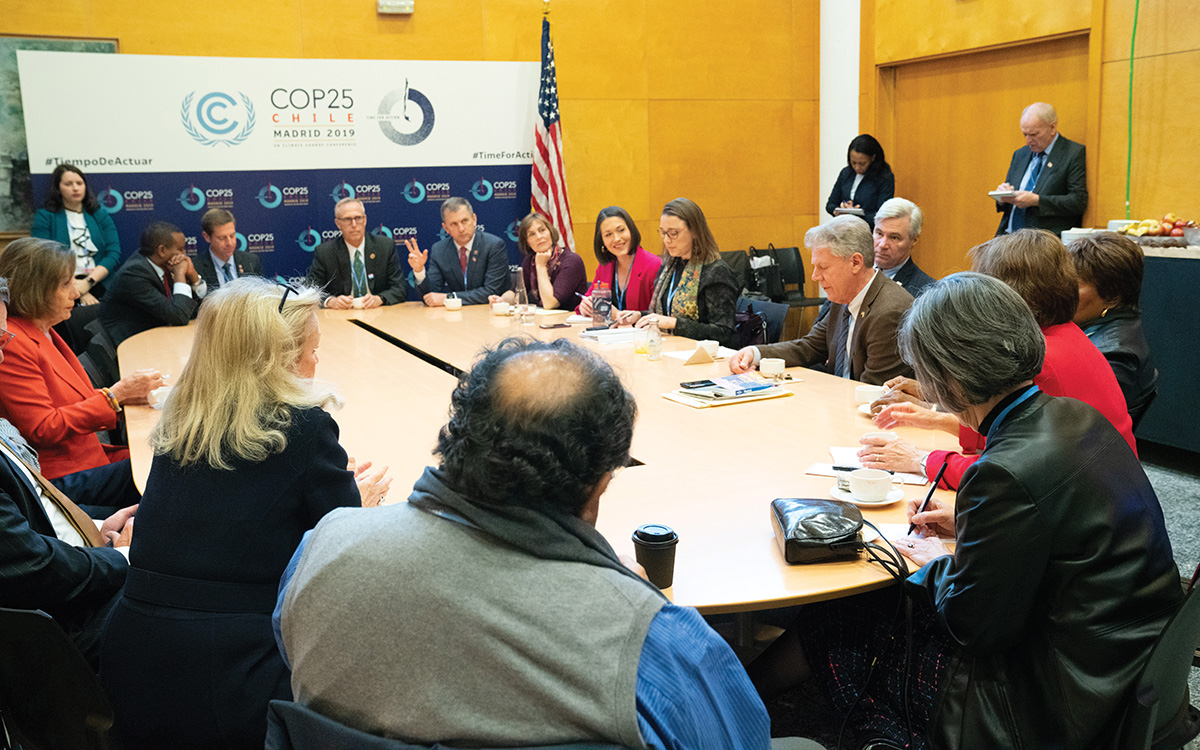 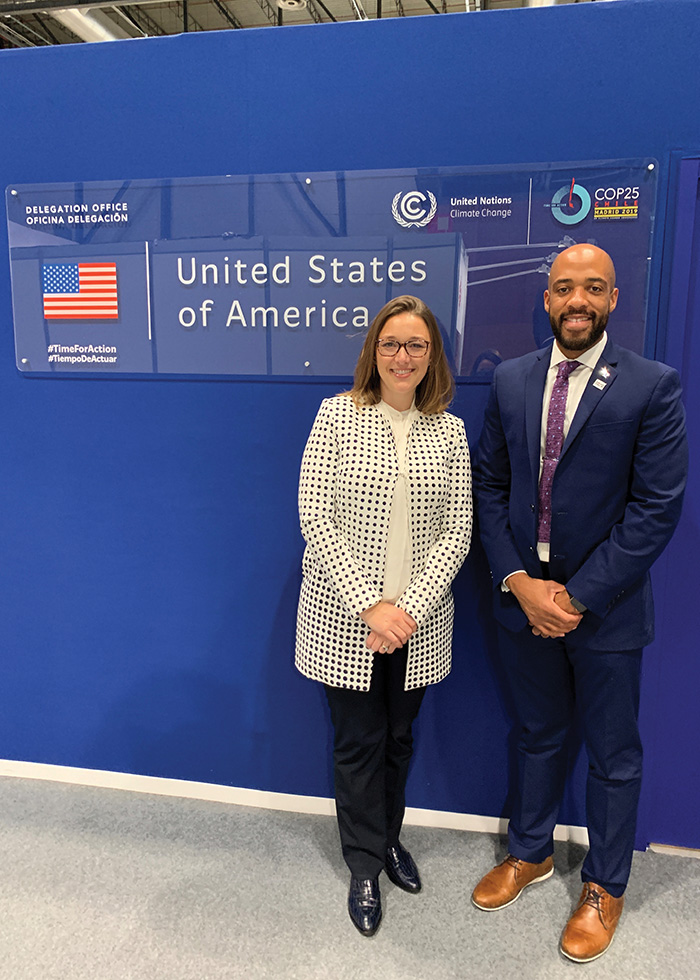 At right, Wisconsin Lieutenant Governor Mandela Barnes, who headed the Wisconsin Climate Change Task Force, and the author at the U.S. delegation room for the COP 25 in Madrid in 2019.
Courtesy of Holly Kirking Loomis

There is a unique opportunity to share the successes and lessons learned from local deliberations in our international climate change work, not only to honor our own most innovative and climate-vulnerable citizens but also to highlight similarities with our allies around the globe.

The 2021 Truman Report on Transforming the State Department makes a strong case for creation of an Office of State and Local Diplomacy to foster a more just, equitable and innovative institution. As the report notes: “Expanding the diplomatic toolbox to include state and local diplomacy adds an untapped dimension to U.S. foreign policy. … Mayors and governors are first responders to national security priorities like climate change [and others].” If integrated into our foreign policy structure, these representative offices, this subnational diplomacy, could help us to tell more stories like the Monroe County and Wisconsin Climate Change Task Forces.

Beyond local governments, we can better learn from and showcase transformational nongovernmental voices like Kathy Egland, chairwoman of the NAACP Environmental and Climate Justice Committee. After leading local rebuilding efforts in Gulfport, Louisiana, following Hurricane Katrina and a successful grassroots effort to address the environmental effects of a failing coal plant less than five miles from her home, Egland has chaired the ECJ committee since its establishment in 2010. A recognized international leader in climate change and social justice, she also led the broader U.S. Climate Action Network to the Conference of the Parties 25 in Madrid.

In Wisconsin, outdoor enthusiast groups such as Ducks Unlimited continue to work to preserve wetlands. This group is made up of hunters and other traditional outdoorsmen who hope their children and grandchildren will have the opportunity to experience the outdoors the way they have. In a promising step toward incorporating diverse rural views and interests into the national conversation on environment and climate change policy, the White House appointed Catherine Coleman Flowers, founder of the U.S. Center for Rural Enterprise and Environmental Justice, to the White House Environmental Justice Advisory Council.

We have made good progress toward rebuilding international trust. The international community welcomed President Joe Biden’s day-one move to rejoin the Paris Agreement, and our commitment to cut emissions in half by 2030. The focal point of climate diplomacy is shifting from multilateral talks to capitals, as our embassies and consulates encourage societies to reduce emissions and transparently share results. By incorporating the storytelling power of our diverse citizens into our messaging, we reconnect with the diverse U.S. communities at the front lines in combating climate change at home. Our international climate policy is most persuasive and enduring when we forge the support of a bipartisan, diverse group of Americans, achieve results and sustain our commitments beyond the next few years. 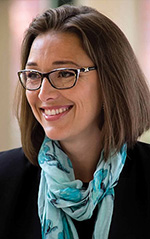 Holly Kirking Loomis is a Foreign Service officer. Currently in São Paulo, she previously served as deputy director and acting office director of the State Department Climate Change Office from 2017 to 2020 and led the U.S. climate delegation to COP 25 in Madrid, Spain, in 2019. 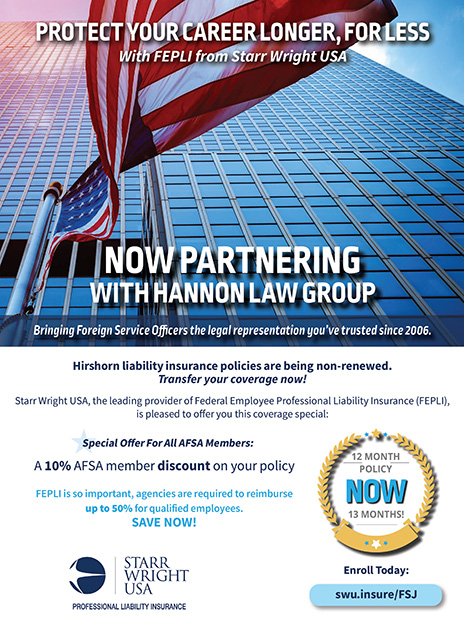