The Future of Diplomacy Is Local

A former FSO, now a Democratic state committee member for the Bronx, explains how partnerships between local and federal government can help rebuild trust in U.S. foreign policy priorities.

The American people have much to gain from network-based diplomacy at the local level—what we call “city and state” or “subnational” diplomacy. Look only to the massive power of social media networks as major global influencers and message spreaders, and the increasingly transnational nature of the threats we face—from climate change to pandemics—to realize that the days of exclusive reliance on traditional diplomacy between the foreign ministries of nations are long gone. Global engagement with cities, where the majority of people now live, has become a national security imperative.

President Joe Biden made the case for city diplomacy shortly after his election when he met with U.S. mayors, pledging to work with them in a new partnership between local and federal government as part of his “Build Back Better” agenda. Subnational diplomacy can help promote U.S. values and influence abroad, as well as rebuild local community trust in our national security and foreign policy priorities.

There is no better example than the COVID-19 pandemic to show the impact of city diplomacy on everyday lives. In the Bronx, New York, which became one of the epicenters of the pandemic nationwide, I helped develop a mutual aid group with neighbors and activists. We partnered with local community organizations and elected officials to obtain and distribute personal protective equipment (PPE), including dispensing supplies that were received from other countries and partners abroad. Tackling emergent global threats and challenges, including pandemics and beyond, requires local action and knowledge, in addition to global coordination.

Local legislators are already creating local solutions to global challenges. During New York state’s last legislative session, the Senate passed the Humane Alternatives to Long-Term Solitary Confinement Act or HALT. HALT brings New York state into compliance with United Nations standards under the Nelson Mandela Rules, which place limits on the use of solitary confinement. New York is the first state in the country to codify this international standard.

Similarly, at the New York City Council last September, council members passed Intro 1828, which establishes a committee on female genital mutilation and cutting (FGM/C) within the mayor’s office, which would be responsible for preparing and implementing a comprehensive strategy to prevent and eliminate the practice of FGM/C in NYC. The World Health Organization estimates that half a million women and girls have undergone or are at risk of female genital mutilation in the United States, and 65,000 of those at risk live in New York City.

Not a New Concept

City diplomacy as we know it today has expanded rapidly over the last few decades, but it is far from a new concept. The earliest examples of subnational diplomacy began after the World War II era during the Eisenhower administration, specifically with the Sister Cities program. Today, cities across the United States, including Los Angeles, San Diego, Atlanta, Houston, San Antonio, among others, are on the front lines of city diplomacy, building their own global footprint in response to the global challenges of the 21st century. As host of the United Nations and epicenter of world finance and investment, New York City is uniquely situated to become a leader in this ever-evolving city diplomacy arena.

Climate Change. More recently, several cities, including New York, demonstrated the power of local diplomacy when the Trump administration announced that it would withdraw from the Paris Climate Accords in 2017. NYC Mayor Bill de Blasio and mayors from several other U.S. cities made commitments to carry out the pledges under the agreement, a move that signaled hope was still alive in mitigating climate change at the local and even regional level.

Diplomats from nearly 200 countries struck a major agreement aimed at intensifying efforts to fight climate change during COP26 in Glasgow. Cities can help fill the gaps where this agreement fell short, including via voluntary local reviews, as we know time for action is running out.

As host of the United Nations and epicenter of world finance and investment, New York City is uniquely situated to become a leader in this ever-evolving city diplomacy arena.

Public Safety and Security. Remote work is at an all-time high, hackers continue to threaten online safety and security, and cybersecurity hiring and expertise lags. As of October 2021, there were close to 20,000 cybersecurity job vacancies in New York City, and diversity of the talent pipeline needs improvement. In this context, NYC recently became the first city in the United States to open a cybersecurity defense center. Called the NYC Cyber Critical Services and Infrastructure Initiative, it is a real-time operational center and public-private partnership focused on proactive cybersecurity measures. This city-based initiative can be the source for training and hiring of cybersecurity experts and can engage other cities around the world to showcase its learnings and build even further.

Food Insecurity. The U.N.’s report, “The State of Food Security and Nutrition in the World 2021,” released in July 2021, showed that the pandemic contributed to a significant spike in world hunger. Global food insecurity sits at the nexus of the pandemic, climate change, and increasing economic and racial inequality. In urban areas, where food sourcing is already difficult, the challenge has become profound. Endless lines around food pantries continue in parts of New York City, including the Bronx, where community activists and local mutual aid groups continue to supply food to their neighbors in need. And those in line are largely black, brown and immigrant. This is another area where subnational diplomacy can be a useful tool.

New York was the first city to take up a voluntary review of the Sustainable Development Goals and report on them at the United Nations, including SDG number 2 on Global Hunger. Locally, organizations like the Green Bronx Machine are building healthy, equitable and resilient communities through inspired education, local food systems and 21st-century workforce development, and expanding their influence across the U.S. and even internationally.

Immigration. Approaches to immigration and refugee resettlement is another area in which cities can play an influential and practical role. The stakes of getting this right could not be higher, as pandemics, climate change, wars and other world challenges are expected to continue to displace millions of people around the world. Look no further than the refugee and migrant crises in Afghanistan and Haiti, respectively, to understand this challenge.

Subnational diplomacy is not a zero-sum game or a competition. Cities and states can help the U.S. “build back better,” while nation-state diplomacy continues; the two activities are not mutually exclusive. Moreover, subnational diplomacy can be a useful tool in increasing the number of people of color and individuals of diverse socioeconomic backgrounds entering the State Department.

If State can increase its engagement with cities and states across the board, including via education—for example, by increasing diplomats in residence at city and state colleges and universities, facilitating diplomats in engaging with their hometown schools and community organizations, and expanding the reach of organizations like Global Kids that engage young students from underserved communities about global affairs—the department can help solve the diversity pipeline challenge.

Congress and the State Department can play a major supporting role by establishing a city and state office for subnational (or city) diplomacy, which would provide the necessary resources and support for cities to take on global engagement more intentionally. The fact of the matter is this: City diplomacy is happening whether the State Department likes it or not. The question is whether State will seize the opportunity and use this powerful dynamic to strengthen U.S. foreign policy. 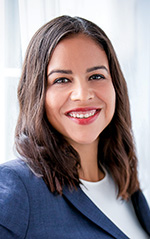 Emerita Torres, a former U.S. Foreign Service officer (2009-2019), is a Democratic state committee member for the 85th District (Bronx, N.Y.). She is also a term member at the Council on Foreign Relations and a fellow at The Soufan Center and the Truman National Security Project. 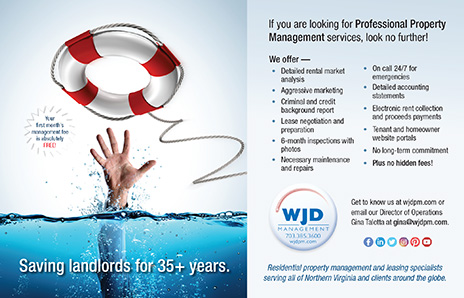