The deputy mayor of Los Angeles argues that breaking down the silos between foreign and domestic policy will make international affairs more relevant for middle-class Americans.

In our 2008 book, The Next American Century: How the U.S. Can Thrive as Other Powers Rise, Mona Sutphen and I concluded that American foreign policy ought to prioritize security challenges that could harm Americans where they live. We cited climate change, terror attacks and a pandemic, which could emanate from the wet markets in southern China, as examples. We were not especially prescient—the security community knew a virus like COVID-19 was coming.

What I did not give any thought to at that time was the role of local governments in addressing these transnational challenges. My public sector work until then was varied—in three branches, in D.C. and overseas—but only federal. In my current position in the city of Los Angeles, I have come to appreciate that because humans are corporeal, they will have security needs, like testing and vaccines, that have to be met where they are physically located. States and cities are a bridge from national policy to individual Americans. On the domestic side—in housing, education and more—the connections between our capital city and the rest of America are well worn.

Local governments, though, are also active in international affairs, as Los Angeles’ example demonstrates. And this activity, if supported and leveraged at the federal level, can be of significant benefit in conducting an effective and successful foreign policy.

A Bridge to Individual Americans

Los Angeles is the second-largest city in the United States. Los Angeles County has the 18th-largest economy in the world—larger than Turkey’s or Switzerland’s—and a population larger than many countries. Ours is the busiest port in the Western Hemisphere, and pre-COVID-19, Los Angeles International Airport (LAX) ranked third in the world for passenger traffic. Los Angeles is home to many enormous diaspora populations—e.g., the largest Mexican population outside Mexico and the largest Armenian, Filipino, Iranian, Korean and some 14 other foreign-born populations in the United States. Altogether, our residents are nearly 40 percent foreign born, and hundreds of languages are spoken in our schools.

So it is not surprising that Los Angeles needs a foreign policy capacity of its own. The difference between my previous work as a U.S. ambassador and my current role as deputy mayor is that I now need to ask myself whether the work of my team in Mayor Eric Garcetti’s office is benefiting Angelenos in tangible ways. Goals like ensuring the stability of a region or increasing America’s influence are important, of course, and Los Angeles seeks to spread its values, too. But foreign policy should bring concrete benefits to individual Americans, as the Biden team has suggested.

American cities are almost universally understaffed, and many do not have even one person dedicated to foreign policy. Foreign cities, in contrast, have dozens.

Global problem-solving initiatives often happen in conjunction with other cities and a multitude of city networks. With wildfires, heat and drought increasingly afflicting Angelenos, the city has developed very ambitious goals to reduce its own emissions. But we can multiply that impact through global-local leadership. Mayor Garcetti chairs C40, a network of megacities committed to lowering carbon emissions. At the November 2021 U.N. Climate Change Conference (COP) in Glasgow, he announced the commitment of more than 1,000 cities worldwide, representing 722 million people, to halve their fair share of emissions by 2030 and to be net zero by 2050. This was one of the biggest contributions to lowering carbon emissions delivered at COP26.

L.A. also started a network to advance gender equity with Barcelona, Freetown, London, Mexico City and Tokyo. And we’ve been working with cities in Eastern Europe through the Pact of Free Cities on how cities can implement a progressive agenda, including on climate and LGBTQ rights, in the face of increasingly illiberal central governments.

The centerpiece of our work for young Angelenos is a program that offers free international trips to low-income community college students who would not otherwise have the chance to travel abroad and benefit from that unique experience. For many, these trips are a first chance to fly on an airplane.

In terms of partnerships, because conflicts abroad echo through our diaspora populations, they want their local government to take a stand or get involved. We also engage the hundreds of foreign diplomats based in L.A. on policy questions, exchanges and cultural events and host heads of state on a regular basis.

When it comes to city and state diplomacy, the United States is playing catch-up. American cities are almost universally understaffed, and many do not have even one person dedicated to foreign policy. Foreign cities, in contrast, have dozens, even a hundred (as does Shanghai) officials working exclusively on foreign affairs. Local American politicians are often concerned that voters will punish them for international engagement, as it may appear to come at the expense of a focus on basic city functions. But the COVID-19 pandemic has reminded us that city leaders need to be informed of international trends and events. Cities can sometimes learn how to address basic needs more effectively from foreign examples, and as described, many benefits for residents—jobs, friends, ideas, experiences, and so on—can flow from international engagement.

Finally, at the most essential level, cities and towns make decisions that create the conditions to help raise future diplomats, innovators, development workers, policy experts, soldiers and leaders. To stay competitive and influential, the United States must optimize the chances for each and every American to realize their full potential. We need to make sure that every child has access to quality, affordable, early childhood education, not to mention plenty of food, shelter, clean air, clean water and safety. We have no time for racism, misogyny or bigotry of any kind. This is, in fact, a national security and foreign policy challenge as much as a domestic one, and it’s almost entirely in the hands of local governments and their local partners.

The Biden administration is right in seeking to break down the silos between foreign and domestic policy. To achieve a “foreign policy for the middle class,” it could help to include the views of cities and states, as they are closer to the people. That begins with creating an Office of City and State Diplomacy at the State Department, as recent legislation proposes, but it also requires a cultural shift in the State Department that hopefully begins with opportunities like this one for local officials to make their case. 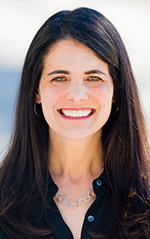 Nina Hachigian is Los Angeles’ first deputy mayor for international affairs, appointed by Mayor Eric Garcetti in 2017. She served as the second U.S. ambassador to ASEAN in Jakarta from 2014 to 2017. 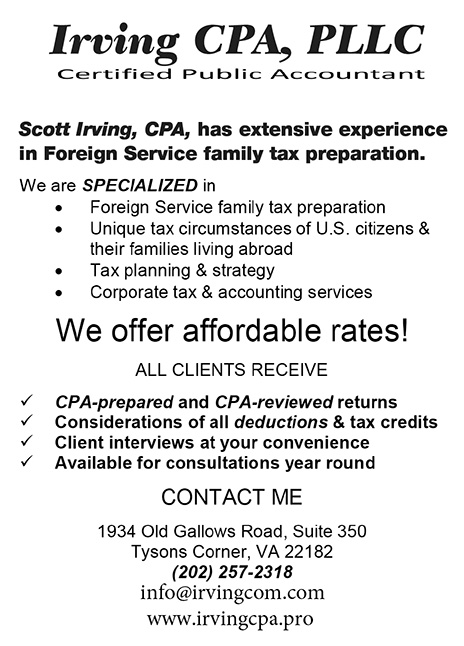