Invest in the Next Generation: Ideas from the Entry-Level Group at Mission Pakistan

The Foreign Service Journal > March 2022 > Invest in the Next Generation: Ideas from the Entry-Level Group at Mission Pakistan

BY M.J. CRAWFORD AND KEOME ROWE 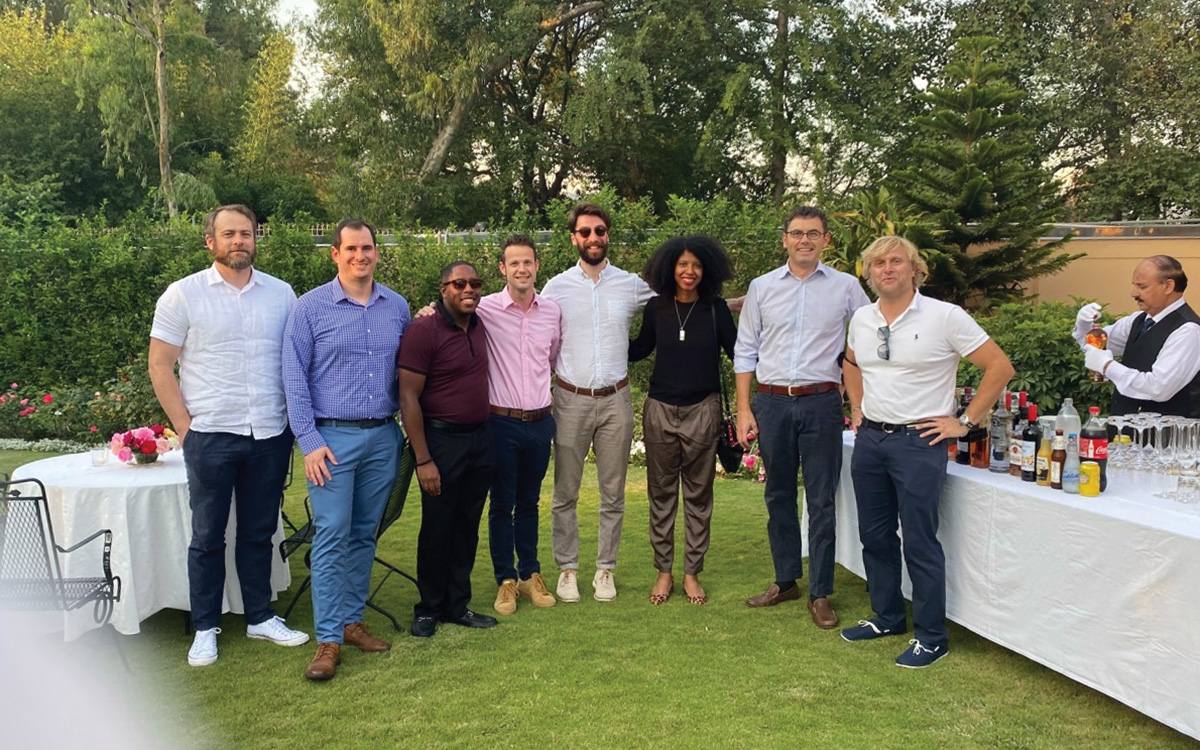 A handful of entry-level employees serving at Embassy Islamabad enjoy an outdoor gathering at the chargé d’affaires’ residence. Chargé d'Affaires Angela Aggeler hosted the event for entry-level officers and senior mission employees who participated in programming for entry-level generalists and specialists.
Courtesy of Keome Rowe

With so many world events shaping our personal and professional lives—from global pandemics to climate change—investing in the next generation of diplomats has never been more important. Happily, despite the challenges, professional development for early-career generalists and specialists is still an option during a global pandemic—missions only need to get creative and stay focused.

Here we offer our thoughts and suggestions for engaging and preparing America’s next generation of diplomats based on our recent experience as co-chairs of Mission Pakistan’s First, Second and Third Tour [FAST+] Officers’ Group—which includes more than 30 Foreign Service generalists and specialists from several U.S. government agencies at Embassy Islamabad and consulates in Karachi, Lahore and Peshawar.

While many of the concerns of early-career officers will be the same at any post, other concerns may be particular to the post. For instance, at Mission Pakistan, a particular concern centers on the fact that assignments for entry-level officers last only one year, shortening the necessary time it takes to develop relationships that could produce long-term mentors.

As a response, the mission established a formal mentoring program pairing entry- and mid-level officers with volunteer mentors across the embassy and consulates. Seasoned Foreign Service employees residing on the embassy and consulate compounds also serve as informal mentors to early-career employees by making themselves available to discuss career advice, provide EER feedback and host dinners at their residences.

Forge and Maintain a Working Relationship with the Front Office

As officers advance in their careers, their day-to-day work often involves back-to-back meetings, overseeing numerous clearances and approvals, and making critical decisions affecting the mission. We found that regular monthly meetings with the front office opened and sustained a direct channel for communication. The meetings were a mechanism for us to voice the opinions and concerns of the early-career officers we represented, brainstorm activities, and learn more about the attitudes and sentiments of the broader mission community.

For example, while many entry-level generalists and specialists are well compensated with danger and hardship pay for serving in Pakistan, many were concerned that security and pandemic-related restrictions on travel and building people-to-people ties hampered them from developing the full range of experience and skills essential to their cone or specialty. 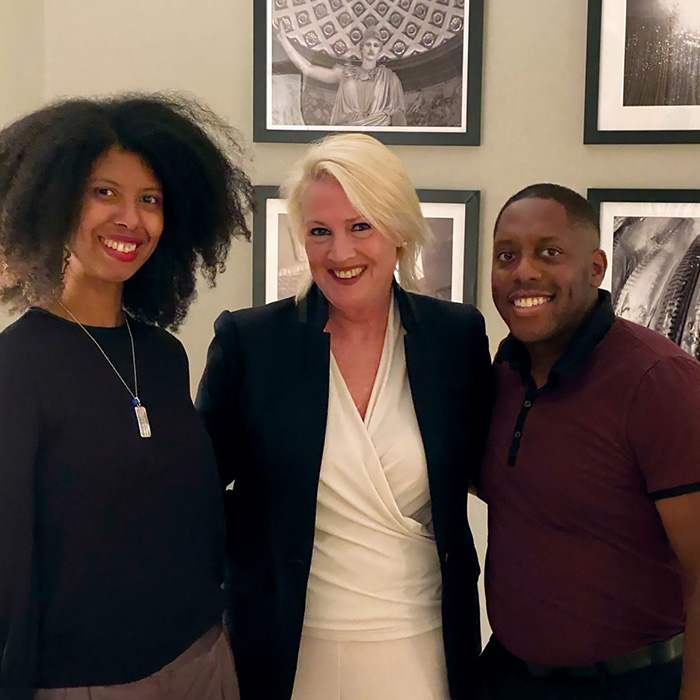 We surveyed Mission Pakistan’s early-career officers to understand which professional development opportunities they were most interested in. At least 81 percent of respondents wanted to participate in training and workshops; 72 percent wanted to focus on leadership; and 36 percent wanted to improve their public speaking skills.

The data also revealed that early-career officers were eager to have exposure to and increased understanding of what other agencies were doing in Pakistan. As one anonymous respondent put it: “Although we all push toward the same objectives, in theory [State] and [non-State] people are pretty clueless about what each other does.”

Survey respondents also sought opportunities to socialize and get to know one another. This is a tricky balance during a pandemic, but with creativity we made it happen, and so can you. Outdoor activities such as hiking or enjoying an outside, socially distanced wine tasting can bring entry-level officers together and offer an opportunity to get to know mission leadership in a more relaxed environment.

... Deliver What They Want

During the two-day conference, early-career officers gained public speaking experience by moderating panels featuring mid- and senior-level State officers, as well as seasoned representatives from various U.S. government agencies. Because the event was virtual, all 30 FAST+ officers from Embassy Islamabad and Mission Pakistan’s three consulates participated. In the end, FAST+ officers felt empowered and included, while senior leaders were able to share their goals, knowledge and advice. This was a successful outcome that would not have been possible without a front office that valued mentorship and championed FAST+ activities and concerns.

Early-career Foreign Service generalists and specialists are becoming increasingly diverse, representing a mosaic of our American society. Supervisors should do more than manage people and paper: They should get to know where their employees new to the Foreign Service are from and the communities they represent.

Living and working overseas during your first couple of tours can be challenging, especially when things back home are difficult. Protests, police brutality, mass shootings and natural disasters in the United States were just a few of the concerns keeping early-career officers awake at night—on top of the stress of the pandemic, as well as operating amid a challenging security situation, and the pressure of working in a fast-paced environment.

To help officers handle such stress and pressure, a FAST+ specialist working as a social worker in Embassy Islamabad’s health unit held a workshop for fellow FAST+ officers that taught useful techniques for personal well-being at a high-stress post. Supervisors, as well as others in the embassy community, can play a key role in checking in with early-career officers and helping create an environment where they can thrive.

In addition to offering training and opportunities for FAST+ officers, it is also vital to get to know who they are as people.

Holding a virtual town hall exclusively for early-career generalists and specialists is an excellent way to provide a comfortable and safe space to share their concerns and thoughts directly with mission leadership. After the police killing of George Floyd in May 2020, which sparked outrage, sadness and protests throughout the United States and across the world, many early-career officers on their first few tours overseas were frustrated and anxious, being thousands of miles away. Many felt a profound sense of helplessness.

Mission Pakistan’s then–chargé d’affaires, Paul Jones, held a virtual town hall during this time, encouraging a safe dialogue where officers shared powerful personal experiences of racism and xenophobia both in America and at post. After the town hall, the exchange continued as officers shared articles among one another and the chargé to understand better the roots of racism and xenophobia in America.

The process strengthened community ties and FAST+ officers’ relationship to mission leadership. Sharing each other’s vastly different experiences in the Foreign Service brought out empathy among colleagues and highlighted that there is no one-size-fits-all experience as an American diplomat.

In co-leading Mission Pakistan’s FAST+ group during the pandemic, we developed many lessons learned, which we hope will be useful to other posts grappling with the challenges of operating in a pandemic and in difficult environments around the world.

Despite the growing demands that global events place on our work, it is vital to invest in the next generation of America’s diplomats now. In addition to offering training and opportunities for FAST+ officers, it is also vital to get to know who they are as people. Not only are they the future of the Foreign Service, but they represent the future of America as a nation. 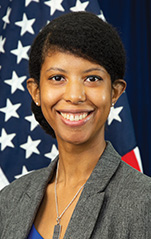 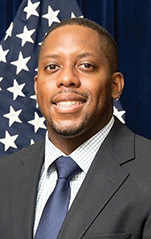 M.J. Crawford is a political officer at U.S. Embassy Islamabad. She was previously posted to Moldova and Russia and served on voluntary temporary duty assignments to Afghanistan and eastern Ukraine. She joined the State Department in 2016 as a Charles B. Rangel Fellow and is originally from Flint, Michigan. 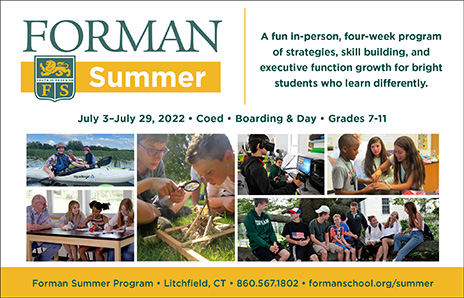