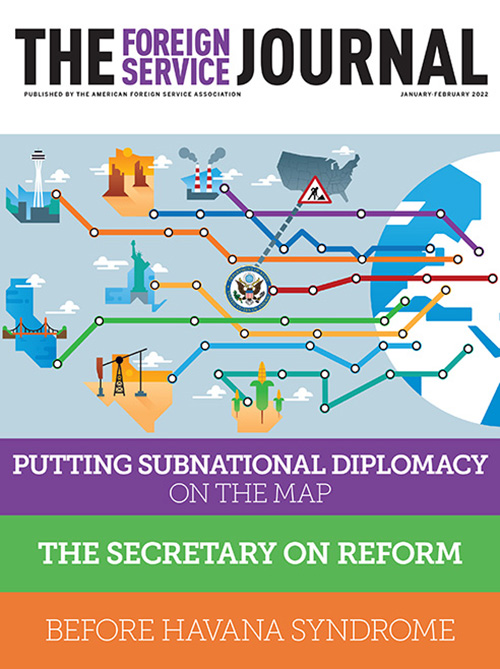 Jim Schumaker’s article concerning Havana syndrome and a possible linkage to the Moscow microwaves of the Cold War period in the January-February edition of the Journal is a tantalizing piece. Its thrust is to link the two phenomena and to infer that microwaves have caused medically significant damage to embassy personnel.

I was directly involved with the Moscow microwaves during my career with State and subsequent tours with agencies in the intelligence community (IC) and have a much different perspective. My training and passion concern science and reason, not politics, so I have a different analysis than Jim does. I base my conclusions on facts and evidence, not speculation or uncorroborated reporting.

The Department of State investigated and documented the Moscow Unidentified Technical Signals (MUTS) from 1973 until the signal disappeared (by 1992). I was personally responsible for this mission from 1977 to 1980 and can state with certainty that the intensity of the impinging signals were kept at or below a level of 10 microwatts per square centimeter during this time. This level was agreed to by the Soviets because it was their maximum exposure level for incidental, non-ionizing radiation, and deliberately exposing embassy personnel to levels above their own safe level was not in their best interest.

Whenever we detected a level above this trigger point (it did happen, but only by a factor of two or three, at most, and for short periods), the Soviets were informed of our displeasure and the possible negative impact of keeping a higher-than-agreed-to level. In all cases, the level promptly fell.

The level in the working spaces of the embassy was further reduced by a factor of 10 to 100 as a consequence of the shielding effect of the building itself. The level fell further in 1976 with the addition of copper screening over the windows, resulting in only about 1 percent of the impinging radiation reaching the office areas. People working on the higher floors of the embassy were exposed to a level of about 0.1 microwatts per square centimeter, and there was a much lower level of exposure in the residential sections of the building and the lower floors.

To put this in perspective, a person standing three feet from a Wi-Fi router could be exposed to a radiation level of 0.9 microwatts per square centimeter. A person using a cell phone could have the central portion of the brain exposed to a level of over 1,000 microwatts per square centimeter. Each of these is well in excess of the levels experienced by a person working in the secure section of Embassy Moscow, but we seem to accept this exposure with little, if any, fear. Today, a person walking around lower Manhattan would be exposed to a higher radiation level from cell phone towers, microcells, communication links and other radiators than the people who worked in Embassy Moscow.

Further, there is overwhelming evidence that the purpose of the MUTS was to disrupt potential interception of sensitive microwave communications by covert signal intelligence operations that the Soviets surmised were operating within the embassy. This was the conclusion of the IC and was supported by all members save one agency.

This particular agency had a vested interest in portraying the MUTS as some form of spy beam, antipersonnel assault or mind control experiment to put pressure on State to force the Soviets to shut down the MUTS operation. Whenever the opportunity arose, this agency campaigned to portray State as an agency that was not serious about security. The infighting, lack of information sharing and backstabbing concerning the microwaves and security of the Moscow embassy that went on within our government during this period was intense, and prevented a unified and effective response to the real technical espionage being conducted by the Soviets.

The evidence for Havana syndrome is sufficient to warrant serious scientific investigation even though there has never been any evidence of a directed energy attack despite five years of searching by State, the IC and others. The closest evidence is a secondhand report that an untrained person using an unreliable and inappropriate detector may have found high levels of microwaves at one of the residences overseas.

The National Academy of Sciences, given its limited and managed access to information, rightfully concluded that microwaves were the most likely explanation for the phenomenon, but not that microwaves were the cause of the medical problems. There may be a national security reason for attributing the medical problems to a directed energy attack by Russia, China, Cuba or whatever nation has made our current enemies list, but this should not be at the expense of those who may be suffering from a real medical problem.

The Moscow microwave affair was grossly mishandled by State, and we seem to be blundering down the same path with Havana syndrome. If there is a valid cause(s) for the syndrome, it is not a foregone conclusion that it is microwaves or a directed energy attack. State should fully disclose whatever information it has to a respected scientific investigation that has free rein to investigate any and all possible causes. What is done with the results of the investigation is another matter. 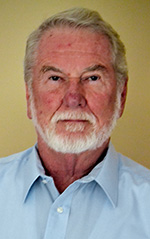 Jon LeChevet retired as a Senior Foreign Service officer in 2005 after a 21-year career. His overseas tours were in Moscow (with Jim Schumaker) and Nairobi, and he held several senior management positions within the Diplomatic Security Service. He has a Ph.D. in physics.