On Our Own: Diplomats Deserve Equal Access to Reproductive Health Services

The Foreign Service Journal > May 2022 > On Our Own: Diplomats Deserve Equal Access to Reproductive Health Services

This is the story of a group of women who have decided not to stay silent any longer, despite the shame, sadness, fear, anxiety and trauma we still feel in the aftermath of the experiences we share in the following.

From fertility issues, missed miscarriages and complications from unwanted pregnancies, to embryo reductions, endocrinal therapies and menopause, women in the Foreign Service community have faced serious reproductive health–related medical concerns—not only without the support of the State Department Bureau of Medical Services (MED), but even as it actively and repeatedly forced patients into impossible decisions and significant financial burden, and put them in life-threatening situations.

After weeks and months of deliberating how to best advocate for change, the authors of this article sent a letter in December 2021 to Ambassador Carol Perez, then–acting under secretary for management and sent a copy to MED.

The letter, viewable at bit.ly/HealthAtPost, calls for equal access to reproductive health services when at post overseas. As of late March, MED had not responded to this letter.

How the Outcry Began

It all started with a post on the FS Women Facebook group in which a Foreign Service officer assigned overseas asked if other women had faced challenges accessing reproductive health care abroad. This woman had found out at four weeks of gestation that she had an unwanted pregnancy. After having promised her immediate assistance, the health unit told her that her only option was to wait another two months to medevac for genetic counseling.

Soon after that Facebook post, she made contact with another woman who, after receiving health unit–supported fertility treatments, was abandoned by that same unit when she needed a lifesaving embryo reduction. This woman scrambled to evacuate herself to receive the lifesaving treatment she needed.

Once connected, the two learned about more women who had dealt with similar struggles. Over the past six months, this group has unleashed a wave of protest and solidarity, with dozens of women joining in.

Their reports are more than just troubling and pervasive; they are, at times, horrific. They point to a systemic disregard for women’s health care and female-specific needs by MED, a bureau currently led and managed by five men, and its mission health unit outposts. This lack of care remains despite the fact that 40 percent of our workforce consists of women (not including the family members of those serving under chief-of-mission authority overseas, for whom MED and its outposts are also tasked with providing care).

Because medical care is often a private matter—and even more so when dealing with reproductive health issues—many of those affected within our Foreign Service community have chosen to share their experiences only with close friends or family; some experiences are simply too traumatic to relive through retelling. For this reason, names have been changed in the paragraphs below and the complete list of drafters of the letter are not identified.

Kina had tried to get pregnant for some time and used the health unit–approved doctor list to find a reputable OB/GYN to assist with fertility issues. Following treatment, she found out that she was carrying four embryos, which the doctor said would jeopardize her life and the survival of any of the embryos. To save her life and remaining embryos, the OB/GYN recommended an immediate embryo reduction no later than eight weeks of gestation. This procedure was not available locally.

Unable to find a provider to perform the procedure in the U.S., Kina was forced to find a doctor in a third country, schedule the procedure on her own and fund the travel herself. Instead of supporting her, the health unit told her she “should have known this would happen.” When Kina contacted MED about these issues and then asked how to file a grievance, her emails were ignored.

Naomi found herself with an unwanted pregnancy, at four weeks gestation, despite having used protection. If she were in the United States, at this early stage Naomi would have been able to get a doctor’s prescription for mifepristone/misoprostol, a safe, widely available and FDA-approved medical abortion pill. This was not available at her health unit. Abortion was not legal in her country of service. Neither was the health unit willing to medevac Naomi to access these services in the U.S. prior to 12 weeks of gestation.

Instead of supporting Naomi with reproductive health choices similar to those available in her home country, the health unit said they could not assist, and Naomi was forced to seek other options. She ended up in a local hospital with internal hemorrhaging.

The reports point to a systemic disregard for women’s health care by MED.

Sharon was facing a risky pregnancy. Because her pregnancy required close monitoring, her U.S.-based OB/GYN did not want her to return to post in light of the civil unrest there. The roads to access any medical facility were being set ablaze daily during violent protests that included gunshots and burning tires. MED declined that recommendation and forced Sharon to return to post.

The health unit implored MED to medevac Sharon, again to no avail. Having returned to post, she experienced inexplicable excruciating abdominal pain but could not access a health facility.

Not receiving the support she needed to feel safe, Sharon made the difficult decision to take leave without pay (LWOP) and depart from post on her own dime, getting on the very next flight back to the U.S.

Once in the States, Sharon went to the hospital and was told that due to a severe cord prolapse, her baby could have died had she waited any longer. She was immediately hospitalized while doctors determined a treatment plan, which included an emergency C-section.

“The whole thing was very traumatic and terrifying,” Sharon told us, “and I am just glad I left when I did.”

When Cadence got pregnant, she was ecstatic as she had been trying for some time. However, just weeks into the pregnancy, she began to bleed and experience pain. Fearing the worst, she reached out to her health unit, where staff confirmed she had likely had a miscarriage and would need to see a doctor. But there were no doctors in her small post, so MED recommended she drive herself across an international border from a high-threat post, into another high-threat post, to access lifesaving medical care.

Instead of authorizing a medevac, or the use of motor pool to facilitate safe passage of a patient who was bleeding, the health unit compelled her to drive herself; and because it was a high-threat post, she was to then walk herself to and from the clinic while bleeding and medicated.

Other stories we heard include incidents in which women did not receive support from MED:

The treatment by health unit staff has also been described as condescending and judgmental when patients sought reproductive health care.

One woman requested access to testing related to potential early menopause and was told “to go see a [mental health] therapist.” After engaging in an assessment on her own, she was found, in fact, to be experiencing early menopause and in need of medication, which she only discovered after going on LWOP due to the symptoms she was experiencing.

One individual who was refused medevac for a complicated pregnancy was told by a MED professional: “Well, I was eight months pregnant in [a different priority-service post], and I made it out OK.”

The Foreign Affairs Manual states: “Where local medical facilities are inadequate to provide required services, travel to locations where such services can be obtained may be authorized.” In none of these cases did MED authorize necessary interventions. Lifesaving medical evacuations for reproductive care are routinely shouldered by female diplomats after the State Department refuses to assist.

Health care should always be impartial and nonjudgmental. Further, medical professionals should know that each individual and the country in which they are serving is unique; every situation must be carefully evaluated, without comparison to other individuals or posts.

We are immensely grateful to those who came forward to share these profoundly personal stories. They have done so to help bring to light the mistreatment and negligence that has occurred at far too many posts and health units around the world. As their experiences underline, the State Department has a long way to go to achieve health care equity for all who serve in its ranks.

Demanding Change: In Practice and In Writing

We ask that the Department of State effectuate the Biden administration’s commitment to women and girls’ sexual and reproductive health in the United States and globally, and provide access to the same reproductive rights we have in our own country when we serve overseas. These rights should be guaranteed in the Foreign Affairs Manual, including:

In just 15 days, we secured hundreds of signatures from U.S. diplomats, both men and women, in support of these demands.

As we note in the letter: “Diplomats representing America in countries across the world are denied access to the same services that are legal and readily available in the country we represent and are told, You are on your own.”

We will no longer stand for this. We have united to demand access to reproductive health care equal to what we are afforded in the country we represent abroad. 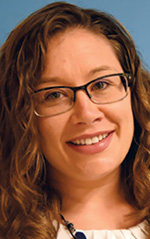 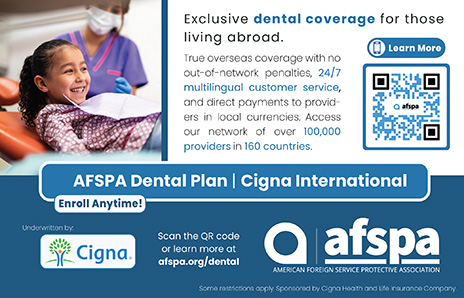