A Primer on Labor-Management Relations

One of my favorite things about preparing for a new assignment is learning the language. When I became the AFSA State Vice President, I had no idea that I would also need to learn a new language—the language of labor law.

While I had more than 20 years of experience in the Foreign Service, including a tour as a labor reporting officer, I had very little experience with labor-management relations. I needed to get up to speed quickly on issues like negotiability, impact and implementation, predecisional involvement, union bypasses and more.

This column is intended as a primer for people who wish to learn more about labor management relations.

Not everything is negotiable—in fact, thanks to Chapter 10 of the Foreign Service Act, quite a few subjects are technically non-negotiable. Examples include management’s right to assign work (e.g., reporting portfolios, onward assignments) and issues related to national security. It was quite disheartening for me to realize how much of what matters to our membership is, in reality, “off the table.”

Even when a subject is technically non-negotiable, however, the union often has the right to negotiate procedures and appropriate arrangements, also known as impact and implementation.

We may not be able to stop Diplomatic Security’s Office of Special Investigations from making the unilateral decision to record interviews of subjects of investigations, but we absolutely have the right to negotiate the impact and implementation of that policy change. In other words, how will the new policy be carried out and how can we minimize any potential adverse impact on our members?

We can express our opinion and ask the State Department to do things differently. Ideally, we’d like the department to engage in pre-decisional involvement, allowing AFSA a seat at the table when they are considering changing or implementing certain policies. We strongly believe (and studies of other labor-management relationships support this view) that involving AFSA from the beginning would help prevent later problems; but, as of the due date for this column, we have made little progress on that score.

We continue to ask the department to come to us at the beginning of the process rather than once something is practically a fait accompli. But the department remains reticent to do so, and many offices deal with the union only when required to do so.

Union bypass is another delicate area. According to labor law, management is not allowed to bypass the exclusive representative of the bargaining unit and negotiate conditions of employment directly with other parties.

In other words, if a group of employees in a particular bureau or as part of an affinity group raises matters related to conditions of employment, the department is not allowed to engage on such issues without including the union.

This law doesn’t exist to be petty or to prevent management from gaining a better understanding of a specific group’s issues—it exists because only the exclusive representative of the bargaining unit focuses on the big picture, that of all employees in the unit, not just a subset. For example, a group of tandem employees propose a new policy that sounds reasonable to them, but which would disadvantage non-tandems.

The union looks out for such conflicts when proposing policy changes and helps prevent the department from inadvertently committing to something that hasn’t been thoroughly vetted.

A final surprise for me was that, according to the original strategic framework between the State Department and AFSA, either side can submit formal proposals, which the other side must then negotiate in good faith. If the department submits a proposal that we have no interest in negotiating because we want to keep things as is, we generally cannot simply refuse to discuss the matter.

If the two parties cannot agree, the matter goes to the Foreign Service Impasse Disputes Panel, which imposes an agreement based on which side presents the better argument.

So when we spend months in formal negotiations on something, it’s not necessarily because we’ve decided that that issue is a priority—we are legally required to negotiate the matter in an effort to achieve the best possible results for our members.

Luckily, AFSA has a terrific team of lawyers and legal advisors who help me navigate the system. That same team works tirelessly to help protect our members’ rights in individual cases—contact them at afsa@state.gov at the first sign of a problem. 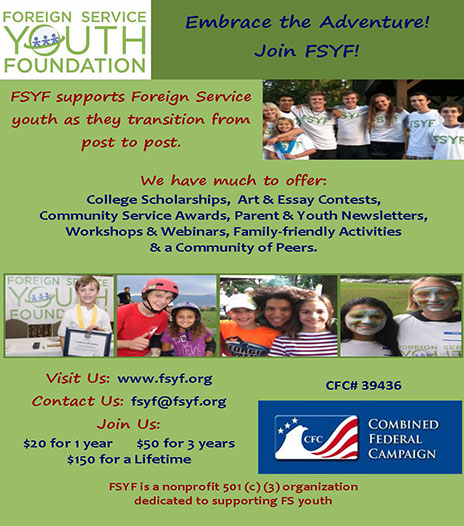