The Foreign Service Journal > December 2016 > What Is the Coalition App?

As if life weren’t already confusing enough between universities’ own applications for admission and the Common App, we now have—ta-da—the Coalition Application, a free online college application platform developed by the Coalition for Access, Affordability and Success, a membership group of colleges and universities.

The Coalition App has been variously described as an application designed for low-income and first-generation college applicants; as a way to round out the application so it tells colleges more about their applicants; and as an alternative to the Common Application, which has admittedly held somewhat of a monopoly on the application business.

Launched just a few months ago, the Coalition App is only required by one school for the 2016-2017 academic year—the University of Florida. Other schools, all members of the Coalition, offer it; but they do so alongside their own or the Common Application so that applicants have a choice. About half of the Coalition membership schools are taking a wait-and-see approach.

Although it’s too early to tell how well the Coalition App works, high school students should investigate this new player in the college applications game; and students applying to the University of Florida have no choice but to get to know it.

The Coalition for Access, Affordability and Success sprang out of discussions among elite institutions about accessibility to higher education for all, leading to the development of the Application by administrators from Emory, Smith and the University of Maryland. The Coalition now has 95 members, including all of the Ivy League universities, as well as other prestigious institutions.

College admissions officers have long observed the difference between students who receive help with their applications—typically wealthier students at better-equipped high schools— and those who are disadvantaged in some way vis-à-vis the college application process, either by being first-generation applicants or coming from schools with few resources to assist them.

The Coalition sought to create a college admissions atmosphere that was friendlier to minority and low-income students. The technical problems that wreaked havoc after the 2013 Common App revisions added momentum to the desire to create an alternative platform. And so CAAS was born.

The Coalition sought to create a college admissions atmosphere that was friendlier to minority and low-income students.

To be a Coalition member, schools must graduate at least 70 percent of their students within six years. Public universities must demonstrate affordable in-state tuition rates, and both private and public institutions must offer a high level of need-based financial aid. In other words, members pledge to do everything possible to make college affordable and accessible for low-income, minority or otherwise disadvantaged applicants.

The Coalition App, in the words of more than one college counselor, ostensibly “levels the playing field.” (Note: as of Nov. 1, the Coalition has stated that standards for joining may be relaxed in order to allow more institutions to join. Reactions have been mixed. Stay tuned.)

Whether it actually delivers on its creators’ aims remains to be seen. The Coalition members themselves admit this is a work in progress. Right now, according to the Coalition website, about 50 of the member schools already offer the Coalition App. The other 45 schools are easing into it more slowly, anticipating first-year glitches.

The overwhelming majority of the participating schools will continue to also offer their own applications (or the Common App) for the time being until the Coalition App gets on its feet.

So What Makes It Different?

The loudest buzz is about Coalition App’s “Locker” feature. This is an online storage bunker of sorts, a place to store materials that will support your application. You can start doing this as early as 9th grade, uploading photos, videos, documents and more. No one can see any of this until you “unlock” it for the colleges you apply to in 12th grade, or share certain files with mentors.

The advantage of the Locker is that you can take your time over the course of four years, uploading when you need to. Even if you have no idea what colleges you will be applying to in your senior year, you can use the Locker as an organizing tool starting in middle school. You can also ask a mentor such as a teacher or counselor to look at the items in your Locker and comment on them at any time.

Essay prompts are a little different, too. The topics are broader, and the recommended essay length is shorter—300-500 words, rather than the Common Application’s 650-word limit. The Coalition App also features the prompt, “Submit an essay on a topic of your choice,” which the Common App abandoned a few years ago. (See sidebar for comparison of Coalition App and Common App essay prompts.)

Once you are registered and signed in, you have access to video tutorials about how to use the Locker and articles about all aspects of the college application process, from extracurricular activities and how to choose a college to how to apply for athletic scholarships. This is somewhat similar to what’s offered on college prep software such as Naviance, a perk generally found only in financially secure school districts.

Let’s Go Through the Sections

As with the Common App, the Coalition App features a Profile section, where you input personal and contact information, as well as demographic, citizenship, school and family information. The Profile also asks you to self-report standardized test scores such as the SAT, ACT, English-language proficiency tests such as TOEFL or IELTS, and AP scores.

There’s one section to list your coursework from grades 9-11, and another to start listing grade 12 courses. As with the Common App, there are slots in which to list your extracurricular activities and hobbies.

Next comes the Locker. Here’s where you can upload creative writing, artwork, class projects, awards, audio files such as concerts and video files such as stage productions—all under a section called “Media.”

Different colleges will design their small part of the larger application differently, as well. Some colleges are cutting the word limit on essays to 2,500 characters, which is between 400 and 500 words, and you may have to cut and paste your essays rather than upload them.

Not everyone is happy with the Coalition App. Critics have claimed that not all of the Coalition members are truly need-blind when it comes to financial aid, and that some institutions’ financial aid is offered as loans rather than grants—two factors that belie the Coalition’s central tenet of making college more affordable.

Others have pointed out that the “affordability” angle to the Coalition App was not the real reason it got started, claiming that the Coalition was formed by a handful of college admissions officers who were not happy with the strict rules imposed on them by the Common App and the technical difficulties their applicants experienced on its new revision in 2013.

Still others have questioned whether creating another college application platform just creates more stress for all concerned. Students who are wrestling with both the Common App and individual colleges’ own version of an application now have to contend with yet another application.

High school counselors have had to scramble to get up to speed on the differences between the Coalition App and the Common App, and many college admissions officials are not thrilled with the prospect of a Locker full of much more information about each student than can reasonably be perused during a highvolume application season.

Proponents stress that the Coalition App gives colleges a chance to learn much more about their applicants if they choose to.

In fact, rumors are already circulating about the Coalition App being tweaked in anticipation of increased usage during the 2017-2018 application season.

Finally, some experts fear that starting the college application process in 9th grade pressures already anxious high school students at an earlier age. But others argue that disadvantaged children can only gain from preparing earlier.

The App’s creators maintain that thinking about college in 9th grade, and slowly uploading items as needed, is actually a more relaxed way of completing the college application. Even if you don’t end up applying to any colleges that use the Coalition Application, you can still use the Coalition App’s Locker and other features as a private organizational tool for the college application process.

Proponents of the Coalition App also stress that it gives colleges a chance to learn much more about their applicants if they choose to, and that its tutorials and advice are helpful to students who may not have access to counseling or mentoring.

Francesca Kelly writes frequently for the Journal on education issues relevant to the Foreign Service community.

The ABCs of Education Allowances

Employees of government agencies assigned overseas are granted allowances to help defray the cost of an education for their children in kindergarten through 12th grade, one equivalent to that provided by public school systems in the United States.

In most cases, posts abroad are served by one or more English-language, American curriculum schools.

The allowances for a specific post are determined by the fees charged by a school identified as providing a basic U.S.-type education. Parents may use this allowance to send their children to a different school of their choice—say, a parochial or foreign-language institution. If the alternative school is more expensive than the “base” school, the difference would be an out-of-pocket expense for the parents.

An allowance covers only expenses for those services usually available without cost in American public schools, including tuition, transportation and textbooks.

Parents may also elect to homeschool their children while at post, using a home study program or a virtual online educational program. They will receive an allowance to purchase materials and services while posted abroad.

If a foreign country does not have a secular, English-language school with an American curriculum, or has such a school that goes only through certain grades, an away-frompost or “boarding school” allowance is provided.

The U.S. government does not provide an allowance for college or other post-secondary education.

Excerpts from an article by Pamela Ward, a former regional education officer in the State Department’s Office of Overseas Schools, in the December 2014 FSJ.

Note: The regulations governing allowances are always changing. For the most up-to-date information, please contact FLO, the Office of Allowances or the Office of Overseas Schools. 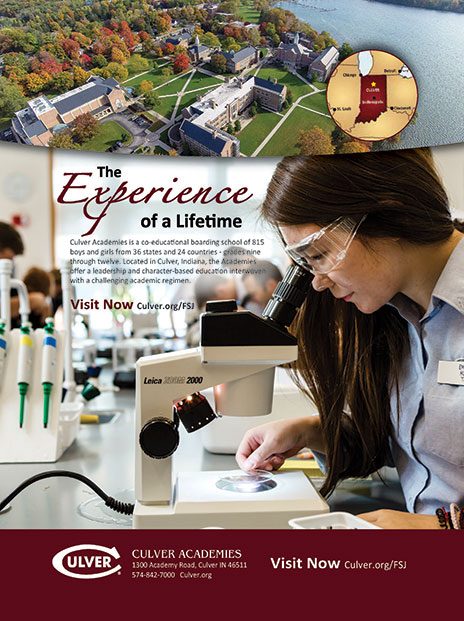 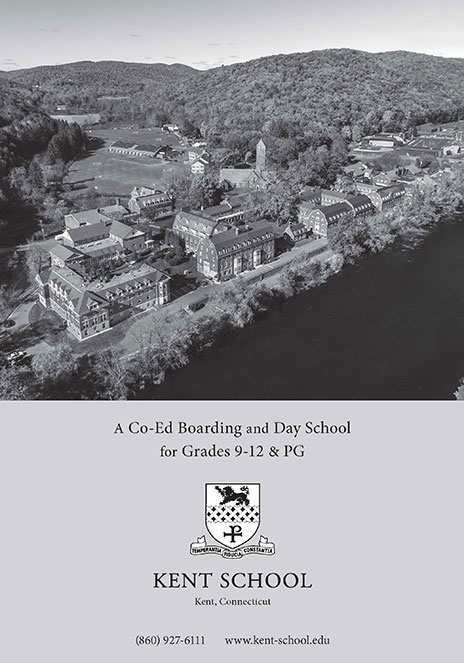 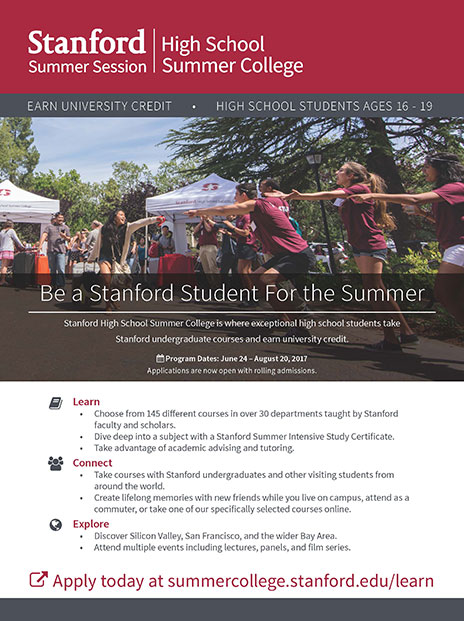 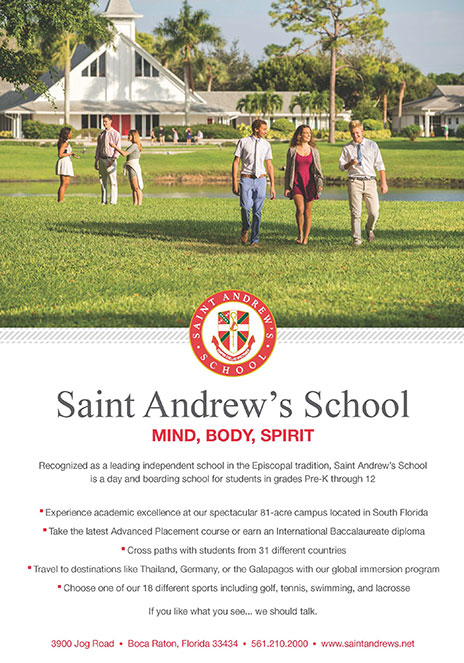 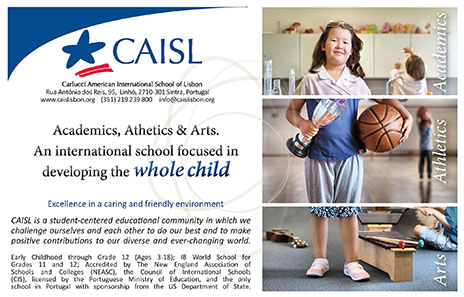 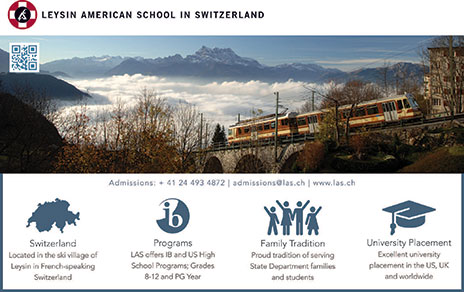 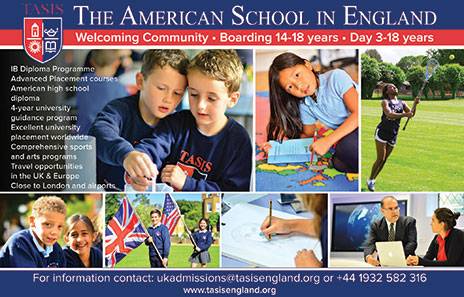