The 20th president of the United States had been in office only four months when he was shot by an assassin. He would no doubt be astounded if he knew that what his death helped accomplish may be undone in the 21st century. That would be the effect of Republican efforts to vastly increase the number of political appointees in government and gut the protections for civil servants against being fired for purely political reasons. A bill sponsored by Senator Tim Kaine (D-Va.) would help prevent that, but as of late November, it remains to be seen whether it will be enacted.

A little history helps explain why this matters and why such efforts would return American government to a 19th-century level of competence and capability. When James A. Garfield moved into the White House in 1881, the federal government operated almost entirely on a system of patronage. Anyone who helped get the president elected could line up for a cabinet position, a diplomatic posting, or any other federal job, because they were all up for grabs.

One of those in that line was Charles Guiteau. He asked to be named minister in Austria (that was the highest rank in an embassy; it would be another dozen years before the first American diplomat was given the title of ambassador). When that request was rejected, he said he would settle for vice consul in Paris. At that point, tired of his pleading, Secretary of State James G. Blaine told him he would get nothing because he had done nothing to help Garfield get elected.

Not taking rejection lightly, Guiteau stalked Garfield until he found him in Washington waiting to board a train. Since presidents went around without any security at that time, it was easy for Guiteau to walk up to Garfield and shoot him twice. Today, the wounds would have been serious but not life threatening. Thanks to the limits of 19th-century medicine, however, Garfield’s slow and painful death came two months later.

The murder of the president by a patronage seeker prompted Congress to act on reforming the government’s hiring practices. That, plus the realization that as America increasingly began to play a significant role on the world stage, it needed a government capable of supporting the country’s ambitions and interests. It needed professionals.

The result was passage of the Pendleton Act, which set up a system in which civil servants were hired after competitive exams and promoted on the basis of merit. Once employed, they also had the prospect of having a career in government, which provided an incentive to stay in its service.

The other reason for reform was the fact that filling all the jobs had become too big a burden. During the 19th century, the number of federal employees grew dramatically from fewer than 20,000 to more than 130,000. Industrialization and increasing international trade required having bureaucrats with specialized skills. The Pendleton Act covered only about 10 percent of the federal workforce, but it was a start. The act did not, however, cover the diplomatic service.

A couple decades later, Presidents Theodore Roosevelt and William Howard Taft saw the need for the same standards to be applied to diplomats. In 1912, President Taft explained the importance of that in his State of the Union report. (At that point, most presidents provided a written document to Congress rather than giving a speech before it, so the following does not read like a series of applause lines.) Taft wrote:

“At the beginning of the present administration the United States, having fully entered upon its position as a world power, with the responsibilities thrust upon it by the results of the Spanish-American War, and already engaged in laying the groundwork of a vast foreign trade upon which it should one day become more and more dependent, found itself without the machinery for giving thorough attention to, and taking effective action on, a mass of intricate business vital to American interests in every country in the world.

“The Department of State was an archaic and inadequate machine lacking most of the attributes of the foreign office of any great modern power. Expert knowledge and professional training must evidently be the essence of this reorganization. President Cleveland had taken the first step toward introducing the merit system in the foreign service. That had been followed by the application of the merit principle, with excellent results, to the entire consular branch. Almost nothing, however, had been done in this direction with regard to the Diplomatic Service.

“Therefore, by an Executive Order I placed the Diplomatic Service up to the grade of secretary of embassy, inclusive, upon exactly the same strict nonpartisan basis of the merit system, rigid examination for appointment and promotion only for efficiency, as had been maintained without exception in the Consular Service.”

Not all presidents shared Taft’s concern. Ironically, under the president most associated with international affairs, Woodrow Wilson, the professionalization of the State Department did not advance. Besides Wilson’s attitude, it was hindered by the expectation that ambassadors would cover the entire cost of representational entertaining. That prompted Wilson to name several men to key posts who were noteworthy mainly for their wealth.

Following the end of World War I, Congress decided to legislate the professionalization of the diplomatic corps instead of leaving it entirely up to the president.

The murder of the president by a patronage seeker prompted Congress to act on reforming the government’s hiring practices.

As the short history on the State Department’s website explains: “After the war ended, Congress completed the pre-war movement toward a fully professional and democratic Foreign Service. In 1924, the Rogers Act fundamentally reformed the foreign services by establishing a career organization based on competitive examination and merit promotion.” The Foreign Service Act of 1980, prompted by the corruption of the Nixon administration, reenforced further the protections afforded career diplomats.

The purpose of all this history is to show that there is a long line of political leaders who appreciated the value of a Civil Service and Foreign Service largely composed of professional, career people.

They understood that government could not serve the country effectively if there were a massive turnover in federal employees every time a new occupant was in the White House. They also knew that America could not play a significant role in the world if the only requirement for a government job was loyalty to the president. It is bad enough that the United States is the only country in the world that sells the title of ambassador in exchange for campaign contributions. To vastly increase the number of government officials who obtained their job solely because they helped get the president elected would confirm in the eyes of the world that America should not be taken seriously.

A Resurrection of “Schedule F”?

Today, it is clear that the importance of the professionalization of government that brought an end to the 19th-century spoils system commands no respect in some quarters. According to media reports, people around the previous president are busy planning the resurrection of “Schedule F,” the executive order issued by Donald Trump and promptly rescinded by President Joe Biden. It would strip any official who has anything to do with policy of any real career protections or due process. Government employees could essentially be fired at will or even on a whim.

The jobs placed on Schedule F would be all “positions of a confidential, policy-determining, policy-making, or policy-advocating character not normally subject to change as a result of a Presidential transition.” That definition could cover as many as 50,000 positions. Trump has said he would reinstitute Schedule F in a second term.

Well-funded groups are reported to be developing lists of candidates to fill the jobs listed under Schedule F by building databases of people who are “vetted as being committed to Trump and his agenda.” These groups are often staffed by former Trump aides and include the Center for Renewing America, the America First Policy Institute, the Conservative Partnership Institute, and the Heritage Foundation.

The proposed legislation makes its intent clear. It literally states that any employee of the executive branch “may be subject to any adverse personnel action (up to and including removal) for good cause, bad cause, or no cause at all; and may not challenge or otherwise appeal such action.” No appeals by someone who was fired would be allowed except in the cases of whistleblowers or those who believe they were victims of discrimination. But the process is set up in a way to ensure those appeals would fall on deaf ears.

“Good cause, bad cause, or no cause at all.” It is not clear whether the 15 representatives behind H.R. 8550 introduced it as a sick joke or because they actually think it deserves serious consideration.

Who would want to serve in government knowing they could be fired at any moment on any pretext without any recourse? Not only Garfield, but Roosevelt, Taft, Cleveland, and many other presidents must be turning in their graves. Charles Giteau, on the other hand, is surely enjoying the show. 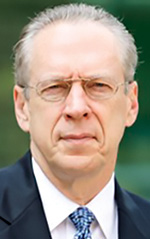 Dennis Jett served as U.S. ambassador to Peru and Mozambique and on assignments in Argentina, Israel, Malawi, and Liberia during his 28-year Foreign Service career. He is a professor of international affairs at Penn State University and the author of American Ambassadors: A Guide for Aspiring Diplomats and Foreign Service Officers (2nd ed., Palgrave Macmillan, 2022).

FOCUS ON AFSA AS A UNION AT 50