A U.S.-German Look at the Essentials for Modern Diplomacy

The Foreign Service Journal > July/August 2021 > A U.S.-German Look at the Essentials for Modern Diplomacy

BY MIRKO KRUPPA AND KENNETH KERO-MENTZ

International relations are changing rapidly because of complex challenges, the pace of developments and the number of global actors on the international stage. Even when living far from international borders in middle America or the middle of Germany, many people understand that global trends affect their daily lives.

International competition can lead to lost jobs as economies change, and concerns about the environment and consumer protections have led to growing skepticism toward globalization and even democracy in the U.S., the European Union and around the world. And a wave of authoritarianism and unilateralism is challenging multilateral peace and security structures.

As U.S. and German diplomats, we’re worried, but also hopeful. We face an undeniable need to revive, reform and reimagine our mission. Success will depend on a nonpartisan consensus within our societies and governments to commit the political and budgetary support necessary to bring about modern, attractive and diversity-driven diplomatic services.

As representatives of our respective Foreign Services, we believe that the time for such action is now. Here are some of our suggestions for needed reforms in both the United States and Germany as we move forward.

Our diplomatic efforts must become more agile. Diplomats need to be politically and structurally empowered to act swiftly to secure a more peaceful, just and prosperous world for all, while seeking compromise in multilateral structures like the European Union and with pluralistic democracies. Multilateral efforts to establish globalized legal standards for the common good naturally limit some sovereignty of nation-states.

For example, as a dedicated E.U. member, Germany’s Foreign Service (Auswärtiges Amt) acknowledges the growing pressure to adapt our approaches in foreign policy. As an exporting nation, Germany depends on the E.U.’s regulatory power in the world. As a nation-state it continues to defend its national interests; and as Germany is a pluralistic society with a difficult past, its diplomats actively favor compromise over (military) might.

Autocratic regimes, by contrast, increasingly feel challenged by (and oppose) the legal standards and global institutions that sustainable globalization needs to thrive. We must be able to combat our counterparts from autocratic regimes, which are hellbent on short-term tactical wins in their effort to return the international order to power struggles in which the strong dominate the weak. Our diplomatic outreach must seek compromise and trust-building with allies and adversaries alike.

It is also essential to increase diversity within our services (which remain, despite earlier efforts, too white and male) and make better use of all our human resources to enhance our credibility and ensure we accomplish our mission on behalf of our governments and the pluralistic societies we represent.

Analyzing and explaining political, socioeconomic and cultural developments is what diplomats do best; it’s our raison d’être. We provide insights for our governments to design policies and develop solutions, and then we explain these policies to our host-country counterparts, both within and outside government.

To best accomplish these goals, we believe both our countries need a diplomatic corps reflecting more racial, ethnic and professional diversity. This is critical, especially now when barriers to scientific, cultural and other exchanges are rising in key regions such as China.

Indeed, it is our diverse strengths that allow us to credibly reach nontraditional interlocutors in a world that is increasingly driven by civil society, nongovernmental actors, scientists, business leaders and “new” media.

Complex issues such as climate change, internet governance and nuclear proliferation have increased in breadth and complexity and, typically, need multilateral solutions. One of the German Foreign Ministry’s 11 divisions, for example, is solely dedicated to E.U. coordination—namely, making sure that the necessary expertise from all federal German ministries can merge into joint government positions to be negotiated into E.U. policies and regulations in Brussels.

Multilateral arenas like the United Nations organizations or the World Trade Organization are based on the work of highly specialized legal and practical experts trained in using their diplomatic toolbox for day-to-day negotiations.

Traditional diplomatic career paths based on standard two- to three-year rotations must go hand in hand with careers in which some among us specialize in these emerging, cross-cutting and complex policy matters. Secondments and exchanges with other governmental institutions could provide new professional development prospects for our career diplomats, allowing them to build core competencies in these key areas.

We also need a careerlong program of education and training sustained by a training float reserve capacity like in the U.S. military or as legally prescribed (but not yet implemented) by the German Law on the Foreign Service.

Next, we must modernize our management practices, eliminating bureaucratic hurdles and allowing our diplomats to more ably take action to combat global challenges. In his book Reinventing Organizations, Frederic Laloux has shown how successful companies working in complex environments rely on agile teams and lean management to act quickly while remaining focused on the key drivers of their overall strategy.

In contrast, both the German and U.S. diplomatic corps still have tedious and creativity-stifling bureaucracies with stiff hierarchies that hinder our ability to accomplish the goals of our respective governments. The German Foreign Ministry’s in-house regulations and its “house culture,” for example, foster an excessive use of co-signatures and horizontal coordination long before the hierarchical signoffs even get started.

Autocratic regimes lack public accountability or legislative scrutiny and are able to swiftly coordinate ad hoc initiatives, leaving us in the dust. We need to empower our frontline diplomats to take action and more quickly defend our interests against autocratic maneuvering. We have to accept that a more agile diplomatic service requires more room for individual action-taking and a mandate to delegate the responsibility coming with it.

Most importantly, we need data-centric, inclusive and decentralized decision-making processes with fewer clearances before reaching the Minister of Foreign Affairs or Secretary of State. As defenders of the multilateral world order, we must be able to nimbly counter strategies of escalation dominance and/or reflexive control to ensure that local publics and host governments are informed and mobilized.

The trans-Atlantic partnership and history’s most successful joint security shield are the foundation for the predictable and stable security environment that is indispensable for Western prosperity and our highly integrated cooperation patterns in North America and Europe.

Vastly updating and upgrading our digital capabilities goes hand in hand with eliminating outdated bureaucratic impediments. We’ve seen dramatic improvements over the past year, in no small part thanks to the COVID-19 pandemic, but more needs to be done. In a digital age, we need to take advantage of the collaborative tools now available, such as workflow systems that minimize time spent on one-off memos, and software solutions that provide tools for sharing knowledge, mobilizing networks and generating innovative policies from our collective “hives.”

We also need to encourage lively debate. American diplomats have the Dissent Channel (created during the Vietnam War), but it must be reinvigorated to allow for more discussion when policies go astray. Those who stand up and speak out must be protected and even rewarded, rather than silenced.

By incentivizing innovation, rewarding those who speak up and lauding individual accountability, we can decentralize decision-making and implementation processes and change our risk-averse culture, leading to team-oriented management and visionary leadership free of micromanagement.

The life of a diplomat is challenging, especially for the families we bring with us to our postings around the world—children, spouses and sometimes even parents. Our foreign ministries should formalize professional opportunities for spouses, ensuring that their strengths and knowledge are honored and rewarded as we move from post to post.

This would not only add expertise and networks to the “whole of mission” effort, but it would also strengthen our diplomatic services’ attractiveness for applicants from more diverse backgrounds.

With this in mind, financing and institutionalizing a Diplomatic Reserve Corps would be an important tool. In Germany, for instance, this must be coupled with reforming social security regulations that discourage diplomatic spouses from seeking employment; and discontinuing tax exemptions that give excessive benefits to households with one spouse unemployed (Ehegattensplitting).

These days, diplomats spend less time in an office and more time meeting and interacting with civil society and the political, economic, thought and media leaders of our host countries to strengthen ties through personal relationships and trust. As social media users, amateur chefs, musicians, craftspeople or sports lovers, our diplomats should have a task-supportive work-life as their working environment—rather than the traditional “9-5” (or in our case, often 8 a.m. to 7:30 p.m.) workday.

Connecting this concept with what was highlighted above on wasteful bureaucratic processes, our 21st-century diplomats can best serve their societies by broadly and authentically representing them—for example, by bringing international exchanges of sportsmen and sportswomen to their host countries, in the best tradition of Ping-Pong diplomacy.

The power of sports diplomacy should no longer be left to officials of the International Olympic Committee or FIFA, soccer’s world governing body. In our social media–driven times, personally committed diplomats can generate more impact and reach more people through their own activity than a report sent to headquarters.

In the 21st century, diplomats remain indispensable for any government, and we can be even more helpful when motivated and supported by a modern work environment. We loyally serve our elected leaders, our nations and our fellow citizens. Indeed, we are the heart of our societies’ missions overseas to the benefit of our respective countries and the global arena. 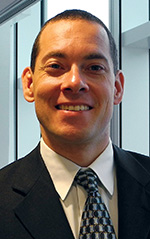 Mirko Kruppa was reelected as chairman of the Staff Council of the German Foreign Ministry (Auswärtiges Amt) in November 2020. Since becoming a diplomat in 2001, he has served in Kazakhstan, China, South Africa, Taiwan (R.O.C.) and Russia (E.U.-Delegation in Moscow).

Kenneth Kero-Mentz is secretary of AFSA (2019-2021 term). During nearly 21 years in the U.S. Foreign Service he served in Brazil, Germany, Iraq, Sri Lanka and in Washington, D.C., including two years as AFSA’s vice president representing his colleagues from State. He retired in late 2020.

Mirko and Ken became friends nearly 15 years ago during Ken’s posting in Berlin, which included a year as a trans-Atlantic diplomatic fellow at the German Foreign Office. Both are dedicated advocates for their respective colleagues and Foreign Services. Over the course of several conversations, they realized both systems have similar challenges and opportunities, and this article is the result.