What does exclusion look like? An FSO explores the concept of microaggressions—and suggests how shining a light on them can help foster a culture of inclusion.

Without a doubt, the treatment of women and minorities in the Foreign Service has come a long way over the past few decades. But the fight for equal treatment is not over, and rooting out microaggressions is the next step.

According to the Department of State’s Office of the Historian, it was not until the 1960s that women and minorities were given meaningful opportunities to serve their country in the State Department and other foreign affairs agencies. A half-century after the ending of overtly discriminatory practices, far too many employees report that they still “pick up a vibe” that they are not welcome or don’t feel like valued members of the team.

This vibe is what microaggressions are all about: subtle snubs, slights and invalidations that have the cumulative effect of making members of minority groups feel isolated, unworthy and unwelcome. Unchecked, microaggressions can impinge on the performance of the victim, lead to possible conduct issues and result in higher turnover among minority employees.

On his first day in office, President Joe Biden started to make good on a campaign promise to make the federal workplace a more inclusive place by issuing executive orders to expand antidiscrimination practices and restore diversity awareness training.

But to recruit and retain a Foreign Service that fully reflects the American people, this training must include a better understanding of microaggressions and the role they play in creating a noninclusive culture. That knowledge, in turn, should equip the victims of such treatment to defend themselves and empower allies to speak up.

Death by a Thousand Cuts

The term “microaggressions” has been around since the 1970s, coined by an African American professor at Harvard named Chester Pierce, who first defined them as subtle, nonverbal “putdowns.” While initially the focus was on racial microaggressions, the term has since been expanded to include both verbal and nonverbal acts against any marginalized group. In this context, “micro” does not refer to being small or innocuous, but rather underscores the pervasiveness and difficulty of identifying and detecting these offenses.

In their seminal book, Microaggressions in Everyday Life (Wiley, 2010), Derald Wing Sue and Lisa Spanierman define the term as “verbal and nonverbal interpersonal exchanges in which a perpetrator causes harm to an individual target, whether intended or unintended.” These encounters make the recipients feel overlooked, disrespected and devalued because of their race, gender or sexual orientation. Any single microaggression in isolation may be minimally impactful. But the cumulative impact can be detrimental to the emotional and psychological well-being of the victim.

No matter how subtle or innocuous such actions may seem, they contribute to a toxic work environment.

As societal norms and legal protections against overt discrimination have evolved, scholars of microaggression contend that while people may no longer participate in overt or bigoted behavior, they may engage in unconscious or subconscious behavior that reflects their implicit biases. No matter how subtle or innocuous such actions may seem, they contribute to a toxic work environment.

Microassaults are conscious and deliberate actions, subtle or not, meant to harm the intended victim through name-calling, marginalization or purposeful discriminatory actions. They are most closely aligned with traditional forms of racial, sexual or gender-based prejudice—such as giving rewarding assignments to less qualified candidates who happen to belong to a manager’s group, while denying career-enhancing opportunities to minority employees. For instance, instead of sharing the workload and developmental opportunities, a section chief routinely taps his white male “superstar” to take on the most challenging, high-profile taskings, such as control officer for a VIP visit, and then rewards him with a Superior Honor Award.

Paradoxically, victims of discrimination often find it easier to deal with microassaults than more subtle microaggressions. Because the blatant racism is clear, they do not need to expend psychological energy and suffer stress deciphering intent.

Verbal microassaults include name-calling and jokes that disparage a group, harming the victim’s reputation and well-being. Because of strong public condemnation of such behaviors, Sue and Spanierman posit that microassaults are most likely expressed in conditions that afford the perpetrator a degree of protection—such as when they are issued anonymously, in the company of those the perpetrator believes share their views, or when the perpetrator loses control (e.g., they are drunk or angry).

Microinsults convey rudeness or insensitivity and demean a person’s identity and humanity. Yet they are not always consciously intended to insult, particularly when they are commonplace utterances. For example, who hasn’t heard “That’s so gay!” used in reference to something that is out of the norm, weird or odd? Or take the embassy newsletter that runs an article about “contributions to society” of an enslaved person during Black History Month.

Disengaged, underperforming and feeling that they don’t belong, some victims of microaggression ultimately separate voluntarily or involuntarily from the organization.

Such clumsy or derogatory expressions reinforce stereotypes and negative perceptions of a person’s identity as part of a minority group. Eye-rolling and other nonverbal cues by aggressors convey that one does not respect or validate an individual, group or idea. Body language and facial expressions can send a message to both the targets and bystanders that the target of the microinsult does not belong in a given social group or work environment.

Among the types of microaggressions, microinvalidations are perhaps the most insidious. Sue and Spanierman define these as communications that negate or nullify the thoughts, feelings or experiential reality of the marginalized group. Microinvalidations come into play through the assertion that the dominant Eurocentric culture, heterosexuality or gender identity within the workplace is the norm, and everything else is deviant.

When a colleague says something like “He speaks good English,” it reinforces the notion that the target is an outsider, a foreigner. And while it may be well intended, telling an African American colleague that “I have lots of friends who are Black” can come across as a defensive maneuver to obfuscate one’s racism. Similarly, “queer blindness”—ignoring the lived reality of LGBTQ colleagues—makes them feel less included, not more.

Microinvalidation occurs in other ways, too. For example, at post an African American human resources officer (HRO) meets staunch resistance from the deputy chief of mission (DCM) when implementing a new departmentwide policy, forcing her to check and double-check to see if there are exceptions. The DCM finally relents when the white male management counselor convinces him this actually is the new policy. Or, in another example, an RSO convenes a “core” Emergency Action Committee (EAC) meeting, that excludes the Black community liaison office coordinator and the female economic section chief yet includes other white male noncore members.

A Culture of Exclusion

Microaggressions, especially microinvalidations and microinsults, within the workplace are easily overlooked, which enhances their perpetrators’ power to maintain dominance and keep minority employees marginalized. Recent studies of microaggressions aimed at the LGBTQ community provide a framework for understanding the ways that social, cultural and ideological paradigms of normalcy are shaped by those with power and define notions of what is “normal.”

Experts suggest that microaggressions typically have three components: perpetration, context and response. Perpetration refers to the type of microaggression and the relative power differential between the perpetrator and target. Context refers to the setting in which the microaggression takes place, be it among friends or loved ones; in an institutional setting, such as a university, a house of worship or the workplace; or in interactions with governmental bodies at any level. Perpetration and context are important, but it is the emotional, cognitive and behavioral response that is of most concern.

Sue and Spanierman’s research indicates that when subjected to microaggression, people engage in intense self-questioning, trying to figure out what is going on before settling on a response. Because microaggressions are subtle and often ambiguous, victims may spend an undue amount of time pondering, “Did this really happen?” This is classic “gaslighting,” a form of psychological manipulation in which the victim is made to believe that “It’s all in my head.”

Simply having the courage to speak up and call someone out directly can put a quick end to offensive behavior.

While it is well documented that overt discrimination detrimentally affects mental and physical health, quality of life and the self-esteem of victims, microaggressions can also place considerable psychological, emotional and physical stress on a victim. Employees who fall into multiple, intersectional categories (e.g., Black and gay) can be expected to experience even greater self-doubt in such situations.

Studies have shown that people ultimately respond to microaggressions in one of two ways: engagement or disengagement. If they opt to engage, they may carry out direct or indirect confrontation with the perpetrator, advocate on behalf of others and become active in public awareness initiatives. All too often, however, unsure of themselves and their place in an organization, victims or bystanders do the opposite: they disengage. They keep their heads down, avoid uncomfortable situations, and withdraw emotionally and psychologically from the organization.

It is not surprising, then, that experiencing microaggressions can have a negative impact on job performance and productivity, for they are associated with a host of consequences: anxiety, depression, a feeling of helplessness or inadequacy, loss of motivation, trouble sleeping, intrusive thoughts and a decreased ability to focus. In many cases, alcohol abuse or other unhealthy behaviors can ensue. Disengaged, underperforming and feeling that they don’t belong—that they are abnormal, incompetent or not trusted—some victims of microaggression ultimately separate voluntarily or involuntarily from the organization.

Toward a More Inclusive Culture

While individuals may suffer personally and professionally, ultimately it is the organization that pays the price for tolerating a noninclusive work environment. Fortunately, our foreign affairs agencies have not been the exclusive domain for straight “pale, male and Yale” employees for many years. And while there is still a long way to go, our workforce increasingly reflects the full diversity of America. However, our push to build on this progress will be for naught if we don’t do more to create a truly inclusive culture in which diversity—in all its forms—can take root and thrive. So, what can we do to build a more inclusive culture?

As a first step, we need to make the “invisible” visible. As part of our diversity and inclusion training at FSI and in the field, we need to define and explain microaggressions, so that perpetrators, victims and bystanders can all recognize them when they happen. All too often, perpetrators, not believing that they themselves harbor racist or homophobic views, carry out microaggressions without realizing the damage they are doing. Unfortunately, they largely do this with impunity. As leaders, we need to become more self-aware and be prepared to challenge our own thoughts and perceptions before passing judgment on colleagues.

Second, we need to encourage and empower victims and bystanders to speak up and speak out. Simply having the courage to speak up and call someone out directly can put a quick end to offensive behavior.

Third, we can support our employees by offering them access to professional coaching and counseling resources. The former can help employees crystalize their thoughts and come up with an engagement plan, while the latter can help them deal with the cognitive and emotional stress microaggressions cause, to protect their physical and psychological health.

Finally, in the fight against microaggression, allies play a vital role by calling perpetrators out when they witness them and letting the perpetrators know that this behavior hurts the Foreign Service. Working together, we can root out this scourge and create a climate in which diversity can thrive. 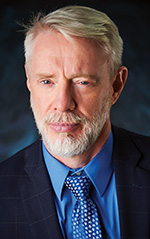 Charles Morrill is a State Department management-coned Foreign Service officer currently serving as the human resources division chief for the Bureau of European and Eurasian Affairs and the Bureau of International Organization Affairs. Overseas, he has served in Niger, Albania, Gabon, Uganda, Cameroon and Honduras. 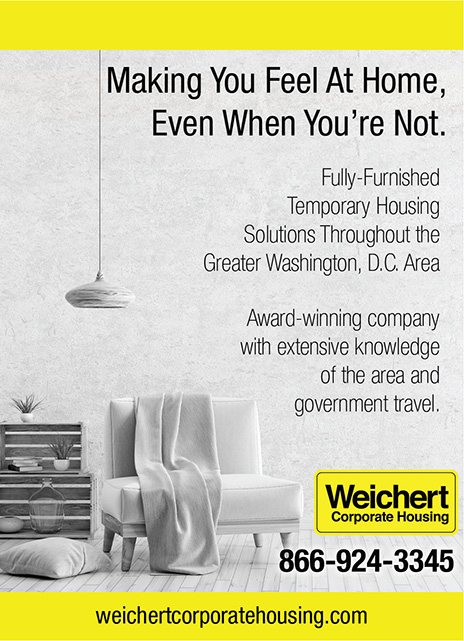