Asian Americans Can No Longer Be Silent, and Neither Should You

The Foreign Service Journal > July/August 2021 > Asian Americans Can No Longer Be Silent, and Neither Should You

Generations of citizenship and sacrifices for and contributions to America notwithstanding, Asian Americans face the need to prove their loyalty over and over.

Events during this past year have deeply affected me and my family, particularly within the last few months, when we have seen an uptick in anti–Asian American crimes in the United States, coinciding with the COVID-19 pandemic. Stop AAPI Hate—a group that tracks xenophobic crimes against Asian Americans and Pacific Islanders—reported more than 6,600 hate incidents against Asian Americans between March 2020 and March 2021: 8.7 percent of the incidents involved physical assaults, and 71 percent included verbal harassment.

Some of the rhetoric around COVID-19 exacerbated the situation for Asian Americans. People began to look at Asian Americans as foreigners who brought the virus to the United States, ignoring the fact that these communities have been established in the United States for generations and have no ties to China or to the Chinese government.

The recent wave of violence against Asian Americans is a painful reminder that although we have been citizens for generations, and have made countless sacrifices for and contributions to America, we still face discrimination and the need to prove our loyalty over and over. This is the case whether we work for the public sector or the private sector or are independent businesspeople.

As an Asian American officer, I can no longer remain silent, pretending to be invisible, a prisoner of the “model minority” myth that has done such great disservice to the Asian American community.

During my first overseas tour, my husband and I attended a welcome reception for newcomers at our ambassador’s residence. As we chatted with a white senior-level military officer assigned to our U.S Mission to NATO and his wife, the much-dreaded “where are you from” question came up. Since we were in a room full of Americans, I answered that I was from Minnesota. The military officer pressed, asking where I was really from. I quickly understood that he was only interested in my ethnic background, so instead of telling him that I was born and raised in France, I said “Cambodian.” He nodded and stated: “That’s what I thought, because you have really strong features.”

The Asian American community is often treated as a monolith that is either invisible or seen as “the model minority.”

I must have made a face at the comment because his wife jumped in to clarify that her husband really meant that I was “really beautiful as an Asian woman.” I again winced at the comment, but decided to drop it because the couple was from an older generation, though I recognized at the time that their attitude was still unacceptable. The military officer proceeded to ask me what I did for a living. When I explained where I worked, he did not seem to understand. “Doesn’t that job require that you have a security clearance?” he asked. “Yes, it does,” I replied promptly. He then turned to my white American spouse, asking where he worked. When my husband noted that he was still exploring job opportunities, the military man was shocked: He could not process this information.

Asian Americans are exhausted and frustrated by these types of interactions.

The Asian American community is often treated as a monolith that is either invisible or seen as “the model minority”—smart, quiet, family-oriented folks who keep their heads down and work hard.

In reality, Asian Americans are extremely diverse—coming from different backgrounds, cultures, languages and socioeconomic classes. In the case of my family, for example, both of my parents were refugees from Cambodia who separately survived the ruthless Khmer Rouge Communist regime from 1975 to 1979. My mother gave birth to her first child (my brother) in a Khmer Rouge labor camp, witnessed her first husband being taken away in the middle of the night to be executed, lost her youngest sister to disease and starvation, and was then separated from the rest of her family when she had an opportunity to flee to France, where she met my father and had me and my sisters.

When my mother eventually left for France with her 6-year-old son, she sold the few belongings she managed to hold on to to smugglers who helped her make an escape to a Thai refugee camp. By the time she and my brother arrived in France, she had only the clothes on her back. My father had had his own personal struggles, fighting the Khmer Rouge from a hideout in the Cambodian mountains with no choice but to abandon his first wife and kids in a small village in the countryside.

Remember that racial justice and anti-bias work exist beyond a Black-white binary.

After years of economic and social hardship while trying to acclimate to a new language, people and culture in France, my parents had a second opportunity to make a better life for themselves and their children when my aunt sponsored us to the United States in late 1997 to be reunited with the rest of my mother’s family.

I highlight the Cambodian story because this community has suffered unspeakable psychological trauma. Yet its struggles are completely overlooked because, among other things, the “model minority” myth about Asians erases critical differences among the various Asian groups. Today, Cambodian Americans rank among America’s poorest, with some of the lowest educational attainment rates when compared with other racial and ethnic groups. Fully 23.9 percent of Cambodian Americans live in poverty, and fewer than 15 percent hold a bachelor’s degree or higher. When we came to the United States, my siblings and I did not speak English; but the model minority myth led our educators to believe that we needed fewer academic resources when, in fact, we needed more.

The history of Asians in America is itself multifaceted. Most of us have learned about the disgraceful ways we Americans treated our Japanese American community during World War II, but not much else.

“There are a lot of people who don’t know the history of Asians in America, and that essentially whitewashes our existence from this country,” actor and prominent Asian American rights activist Daniel Dae Kim said in a recent Washington Post Live interview. Kim pointed to the Chinese Exclusion Act of 1882, which excluded an entire race from this country until it was officially repealed in 1943.

Asian/Asian American Children’s Books
A collection of titles from Lee and Low publishers that highlights the diversity of Asian and Asian American identities.

Further, Kim observed, the largest lynching in America, in Los Angeles in 1871, saw 18 Chinese people lynched at the hands of a mob of 500, none of whom served any jail time. More than 100 years later, in 1982, Vincent Chin was murdered. A Chinese man, he was attacked because people thought he was Japanese at a time when the American auto industry was failing; he was scapegoated, and his attackers never served a day of jail time.

Growing up as an Asian kid in France had its share of adversity. I was always the only Asian student in school. Desperately wanting to blend in with the French kids, I refused to speak Khmer to my mom in public and threw out the Cambodian food she prepared for me for lunch. When I came to the United States, a 15-year-old girl in high school, I thought I could start fresh in the land of opportunity, the big melting pot where everyone was American, no matter your skin tone. Within a few weeks, I came to realize that people in the U.S. still saw me as “other.”

Even worse, I felt like an alien. I could not yet speak English and would never fit in in a school that was predominantly upper middle class and white. With a thick French accent, I didn’t quite fit a high school kid’s stereotype of an Asian foreigner either. Today, most people can’t detect my French accent, unless I tell them where I am from. What they don’t realize is that my high school experience in Minnesota was so traumatic that it pushed me to try my hardest to speak like a white American by watching countless TV shows, mimicking the words and sounds of my peers, and reading books any chance I had just to reach a semblance of belonging.

As a collective, we Asian Americans need to raise awareness and make our stories and needs visible. It’s about speaking up, whether you are a witness or a victim. It’s about a proactiveness to learn and do better, volunteering, working with or donating to community organizers who have experience in these issues, taking bystander intervention and unconscious bias training courses, writing to your congressional representatives to support legislation that seeks to address this issue, or just having important race conversations within your personal networks.

Stand up and speak out against anti-Asian racism, and be an ally. Remember that racial justice and anti-bias work exist beyond a Black-white binary. Donate to community organizations that strive to make a difference in this field. Reflect on and identify your own biases. Do the uncomfortable work of educating yourselves and having tough conversations. Don’t be silent.

Kim Bissonnette is a U.S. government official who has served in multiple overseas tours. 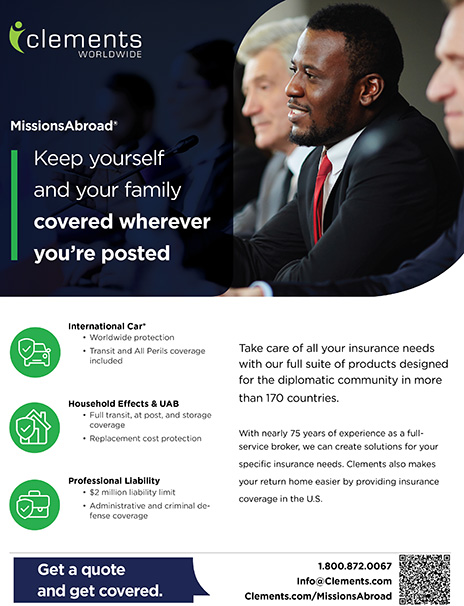 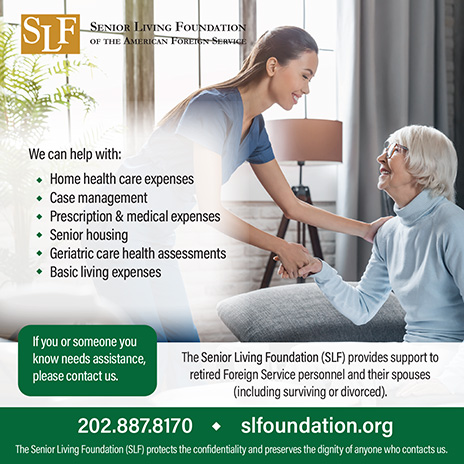