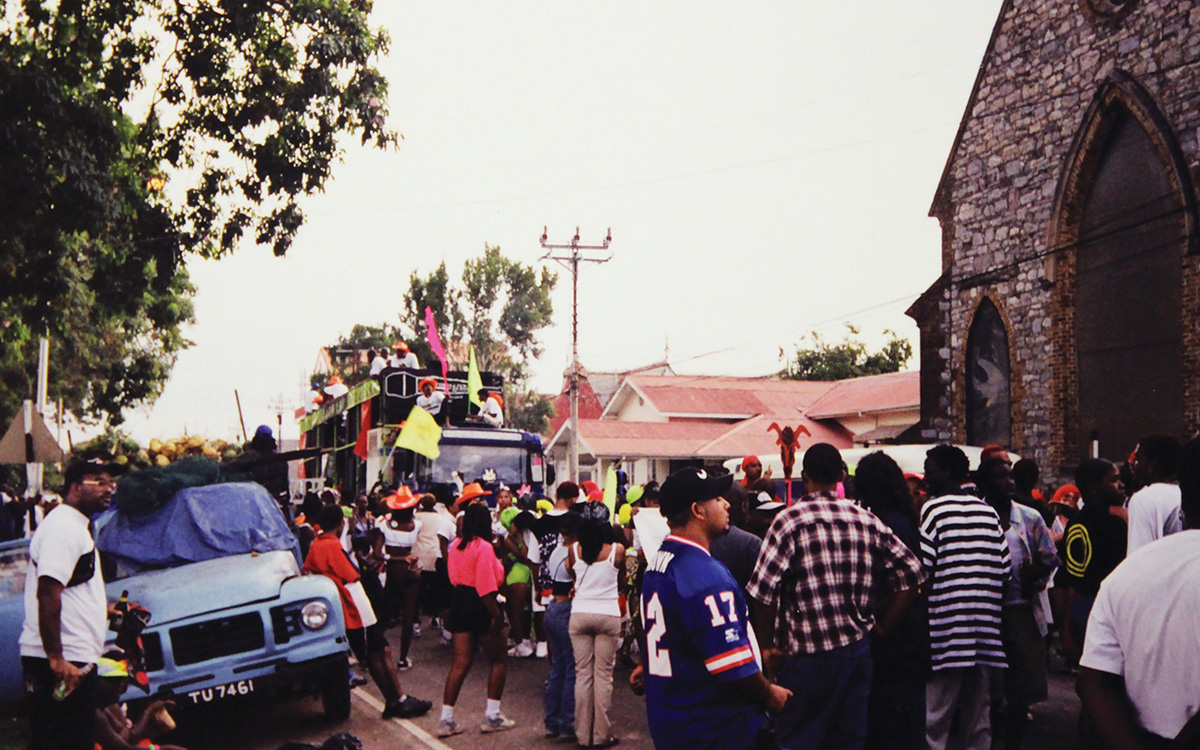 A carnival sound truck approaches the U.S. embassy. All Saints Anglican Church, adjacent to the embassy, is on the right.
Lian von Wantoch 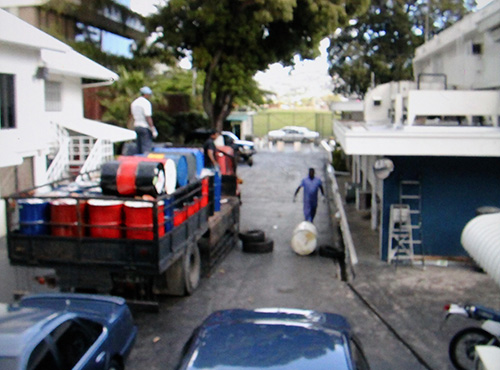 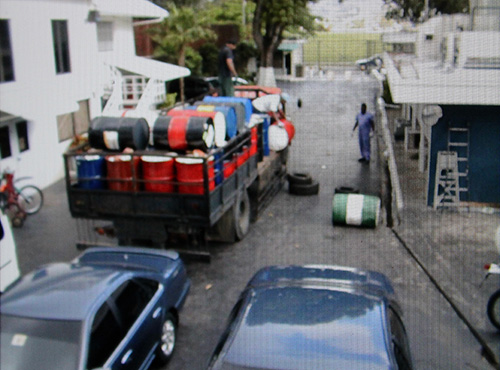 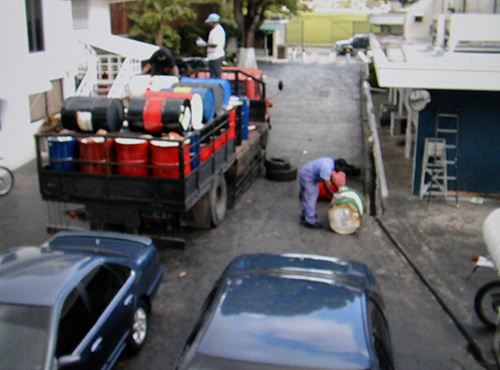 The Drop, The Bounce and The Roll—the fuel delivery process in Port of Spain as the U.S. embassy prepared for Y2K in August 1999.
Lian von Wantoch

Last year, when driving my mother’s 2000 Volkswagen New Beetle, I remembered we used to refer to it affectionately as the Y2K Bug. I had not thought about Y2K itself for, well, almost 20 years.

The other Y2K bug was a huge issue in 1999. Would we be catapulted back to 1900 because computers that had been programmed to read dates as two digits rather than four switched from 99 to 00? Would the arteries of commerce and communications seize up? Would there be another Chernobyl nuclear meltdown, or would embassy staff freeze to death in cold postings?

As a first-tour officer in Port of Spain, Trinidad and Tobago—and post’s Y2K coordinator—I found that all those risks of the end of the world seemed pretty far away. What was the worst that could happen? That we would be stuck on a tropical island?

We assessed there would be no more than the usual water and power outages. Civil unrest also seemed unlikely in a country that was so straitlaced that it still had a law on its books forbidding swearing on the stage (as our American Citizen Services officer learned when an American rapper was arrested partway through his performance and deported).

But because I was on a consular/political rotation, with a six-week stint as general services officer, I had the opportunity to participate in all our preparations for Armageddon.

In the consular section, we alerted travelers to bring extra prescriptions and cash (or traveler’s checks) while also reporting to Washington that we expected the usual influx of visitors at Christmastime. We had demonstrated during the 1990 coup attempt that our warden system could work without telephones. After all, Trinidad is only 30 miles wide at its center and about 50 miles long.

Meanwhile, visa applicants took advantage of the Y2K preoccupation. Instead of saying they had no demonstrable savings to fund their purported vacation because they found the air conditioning in banks unhealthy or were participating in the sou-sou, a popular informal saving scheme, they now claimed it was owing to fears their money would be lost during Y2K if they kept it in a bank.

In the political section, it was a bit of an uphill battle to get the government to take the Y2K issue seriously. Critical infrastructure in Trinidad and Tobago was generally not dependent on computers. Water, when it flowed at all, did so by gravity. Power generation was from low-tech gas and steam turbines, the newest of which dated from 1985. Police and fire services had only just acquired computers.

In contrast, the private sector, especially banking, was well prepared. They chivied the national telecom company to test its equipment.

One of my most iconic Y2K memories was of overseeing the delivery of fuel drums to supplement our embassy tank, which at full capacity would only keep the generator running for a fraction of the 30 days the State Department mandated.

The battered truck entered the compound. Without fanfare, the driver and his assistant unhooked the side of the truck, threw a couple old tires under the opening, and proceeded to roll the drums off the end to bounce on the tires and tumble to the curb, where our GSO employees fetched them.

Flabbergasted, I grabbed the GSO digital camera to record the delivery—and document it in case of damage. These were the first digital photos I ever took, and the camera was the size of a paperback book and at least twice as heavy.

Finally, the last day of the millennium arrived: 12/31/1999. I needed to be at the embassy, together with a driver to make sure I got there; a communicator to transmit our post-apocalypse status; and, of course, on Post One the Marine security guard who had drawn the short straw.

I left a boisterous “old year’s night” fete and arrived at the embassy in my purple ball gown with 20 minutes to spare. The Marine and I climbed through the window in the deputy chief of mission’s office onto the embassy roof to await the end of the world.

Midnight came and went. Nothing happened. Fireworks blossomed across the city, and we could hear the strains of a hymn through the open doors of the church next door.

Inside the embassy, the only incorrect date was the one on the program we were supposed to use to confirm that we were still there. I called the ambassador at his party to report that “all was well”—and get his clearance for our terse cable response.

Then it took the communicator three tries to get the cable system to read the response accurately once I had printed it out in ALL CAPS OCR FONT, which always transmogrified number 1s into letter Ls despite our best efforts.

Though Y2K was anticlimactic, two months later, at the height of carnival, the power did go out—all across Port of Spain. Darkness descended, but the music played on unabated from generator-driven sound trucks. All was well in Trinidad and Tobago. 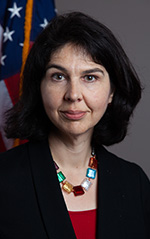 Lian von Wantoch joined the Foreign Service in 1998. In addition to Port of Spain, she has served in Washington, D.C, and in St. Petersburg, London, Sarajevo, Kabul and Wellington. She is currently an inspector at the Office of Inspector General. The views expressed in this article are the author’s, and not necessarily those of the U.S. government.