The May issue focuses on nuclear diplomacy. 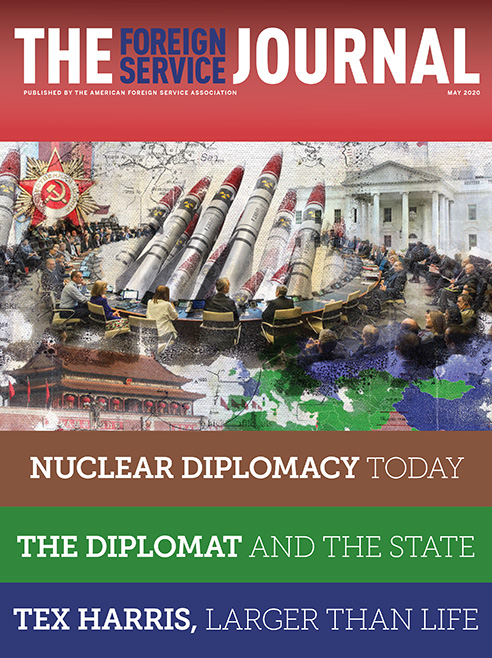 An accomplished negotiator puts nuclear arms control in perspective—what it has achieved, where it has failed and what it can do for our future security.

In this time of new strains in great-power relations, nuclear arms control agreements are an essential component of national security.

U.S. diplomats are on the front lines of America’s engagement with the world. Here is the history of AFSA’s work to pay tribute to the many who sacrificed their lives in the line of duty.

The Unlucky Consul—Thomas Prentis and the 1902 Martinique Disaster

In 1902, the worst volcanic disaster of the 20th century took the lives of U.S. Consul Thomas Prentis and his family on a Caribbean island.

The Diplomat and the State

Working for You During This Trying Time