The Foreign Service Journal > June 2016 > All Girls, All Boys, All Good—The Benefits of Single-Sex Education

“My experience … was liberating. I could shed all of the concerns that derive from dual sex environments while in the classroom, but assume my interest in a diverse social life when I chose to. It was all on my terms and that was a powerful dynamic for me.”

“[Single-sex college] shaped who I am and better prepared me for the ’real world.’ It made me strong and independent, and gave me confidence in my intelligence and abilities.”

“It brought a different type of focus in the classroom, as well as fostering an environment that encourages girls to be more vocal and participate in class.”

Once considered a vestige of the Victorian era, single-sex education is currently gaining popularity. While the notion may call to mind images of stuffy institutions in idyllic settings, parents and students increasingly value such an education based on the knowledge that differences exist in the ways both boys and girls learn, and that teachers at single-sex schools tailor their teaching style and material to respond to those differences.

The common social pressures existing in coed environments are absent, enabling student development without potential distractions from the opposite sex.

Teachers have long been aware that learning styles among students can vary significantly. Research suggests that boys and girls might benefit more from divergent teaching styles that cater to their respective biological profiles.

Take listening skills, for instance: Boys often need to hear instructions at a higher volume of speech for increased comprehension. Likewise, research suggests that boys are more receptive to action-oriented, tactile presentations in the classroom. Another study indicates that, in general, boys are more vocal than girls on teams and prefer group work to independent study.

As for females, researchers find that girls learn better when the nuances of color, texture and smell are introduced. Girls reportedly perform better academically in a warmer classroom, while boys perform better in a classroom at least five degrees cooler than their female counterparts prefer.

In a single-sex setting, instructors can vary teaching methods to bring out the best in their students. When educators tailor their approach to boost academic success, this contributes to psychological and emotional success. That said, it is important to keep in mind that teachers may not always be trained properly to employ gender-specific teaching techniques effectively.

Student self-esteem is a concern for parents and educators. Students in a single-sex environment are more likely to be open to various fields of study, and are less likely to be self-conscious or hesitant about trying out new areas of learning atypical for that gender. Structuring the classroom experience around this model allows the student to enjoy the learning experience more deeply.

In turn, students develop greater self-confidence, tackle more challenging or “out of the norm” courses of study, and engage more freely with peers and adults in classroom discussions. Finally, studies show that single-sex education encourages students to develop their own interests and take advantage of leadership opportunities regardless of their gender.

Single-sex schools also reduce social and peer pressure, which has been intensified in recent years by social media. In some cases, removing the presence of girls allows boys to knuckle down and work on their own. Conversely, removing the presence of boys can help girls become more vocal when engaging with peers because they no longer feel intimidated and are less self-conscious.

Eliminating gender stereotypes in the classroom has demonstrable advantages, especially in closing achievement gaps. According to Sara Sykes, the director of admissions at Westover School (an all-girl’s school in Middlebury, Connecticut), students at single-sex schools are “more likely to pursue a wider range of fields of study especially in science, technology, engineering and mathematics.”

Ms. Sykes points to a recent National Coalition of Girls’ Schools study, which reported: “When rating their computer skills, 36 percent of graduates of independent girls’ schools consider themselves strong students compared to 26 percent of their coed peers. In addition, 48 percent of girls’ school alumnae rate themselves great at math versus 37 percent for girls in coed schools. In fact, three times as many alumnae of girls’ schools plan to become engineers.”

Likewise, a 2003 study in Psychology of Men and Masculinity indicated that boys from single-sex schools were more than twice as likely to pursue interests in subjects such as art, music, drama and foreign languages compared with boys at coed schools.

However, some researchers caution that single-sex education is detrimental to the academic, social and behavioral development of a child because it can lead to even greater gender discrimination and difficulty relating to the opposite sex as adults.

Educational experts argue that diversity is an important consideration in building a quality educational experience. While one might think that homogeneity is fostered in single-sex schools, diversity is often woven into such environments via hiring choices and extracurricular opportunities.

At the all-boys’ Salisbury School in Salisbury, Connecticut, Director of Admissions Peter Gilbert reports that students are constantly exposed to perspectives other than their own through coed opportunities in leadership and community service, as well as daily interactions with opposite-sex school staff members.

Conversely, at girls’ schools, male staff members are often role models, allowing for a relatively mature dialog to occur with the opposite gender and facilitating a mentoring relationship.

The crucial point is that faculty, staff and families at single-sex schools realize that they are all educating students to succeed in an increasingly diverse and complex world. The overall setting may be single-sex, but the perspective is decidedly not one-dimensional.

Some Foreign Service parents have already chosen the single-sex education path for their children. Department of State employee Katherine Lawson and her husband Nestor Sainz weighed all of their options carefully before choosing the all-girl San Silvestre School for their daughter Isabella when their family was posted in Lima, Peru.

“For me, one of the most important aspects of the all-girl learning environment was that by holding the students to high expectations in all areas—math, science, computers, art, poetry, language and physical education—the school broke down gender stereotypes,” says Katherine

“The school seemed to get Isabella’s needs right away and worked with her directly to chart her course of becoming an independent lifelong learner. The seeds of independence and confidence sown in those early years are already starting to take root and flourish now that she is a teenager.”

Despite the many benefits of single-sex education, educators and researchers agree that not every student will thrive in a single-sex environment. Every student is different. Parents are encouraged to evaluate the talents and needs of their own children to determine if the single-sex setting suits those needs. 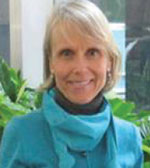 Marybeth Hunter is the education and youth officer at the State Department’s Family Liaison Office. 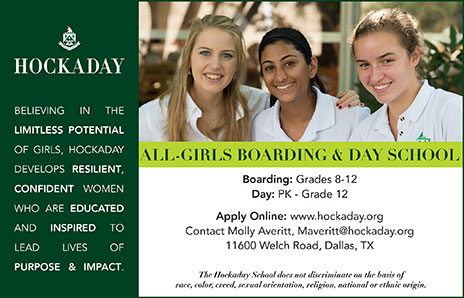 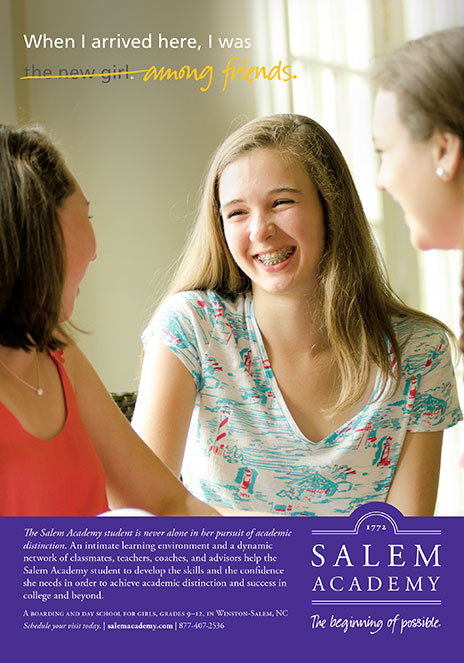 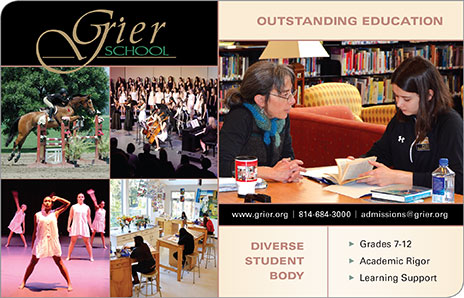 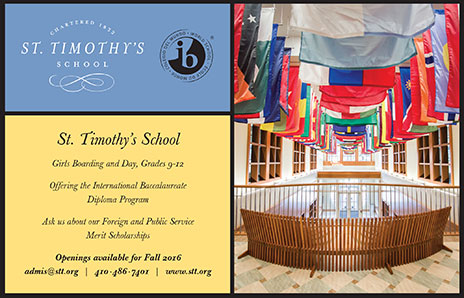 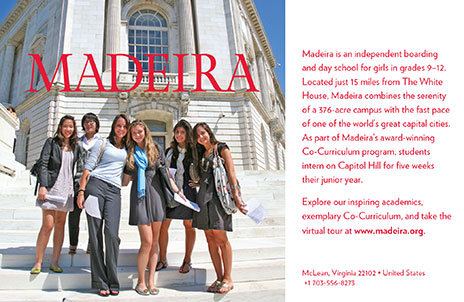