The Foreign Service Journal > June 2016 > Foreign Policy and the Complexities of Corruption: The Case of South Vietnam

As illustrated in other articles in this issue of The Foreign Service Journal, the U.S. government recognizes corruption as a major issue, prevalent around the world, with a range of damaging forms and effects. While details vary locally and over time, the dynamics of corruption, the problems that follow in its wake, and the difficulties in addressing it have broad continuity over time, and so a historical case study can offer perspectives that remain useful today.

In the aftermath of the fall of Saigon in April 1975, thousands of South Vietnamese fled to the United States, including many senior civilian and military leaders. Seeking to capture their stories and analyses “before memories faded and before mythology replaced history,” the RAND Corporation, which had been deeply involved in the war since its inception, assembled a small team to interview these senior leaders as quickly as possible on their arrival in the United States, focusing on the causes of South Vietnam’s sudden and catastrophic collapse.

Respondents included 23 military leaders and four from the government. These leaders attributed the fall of South Vietnam to a series of linked causes, the most fundamental of which was, in their view, “pervasive corruption, which led to the rise of incompetent leaders, destroyed army morale, and created a vast gulf of social injustice and popular antipathy.” They considered corruption the “fundamental ill” within South Vietnam’s body politic, manifesting itself in four ways: racketeering; bribery; buying and selling important positions and appointments; and pocketing the pay of “ghost soldiers,” whose names were carried on the duty roster but were either nonexistent or who paid their commanders to be released from duty.

As one commander put it, the pervasive corruption “created a sense of social injustice” by creating “a small elite which held all the power and wealth, and a majority of middle-class people and peasants who became poorer and poorer and who suffered all the sacrifices.”

Evolution of a “Fundamental Ill”

This summary would have surprised few Americans who served in Indochina or dealt with the war at the policy level. Throughout the 21 years of decisive American engagement with South Vietnam, from the time of Ngo Dinh Diem until the fall of Saigon, corruption was invariably and routinely identified as a pervasive issue in the country, one with corrosive effects in every aspect of the state and society.

In September 1954, during the first days of America’s involvement, a Special National Intelligence Estimate opened with an offhand reference to Premier Diem’s struggles with “the usual problems of inefficiency, disunity and corruption in Vietnamese politics.” Two decades later, just weeks before the North Vietnamese attack that would overwhelm South Vietnam, Senator Dewey Bartlett (R-Okla.), returning from a fact-finding mission, reported to President Gerald Ford in March 1975: “Corruption should be ferreted out, there should be freedom of the press and proper use of the courts and police. This will help them to develop their resolve and will strengthen their capability to develop in peace.” Along with its deadly effects within South Vietnam, the readily visible corruption provided an easy and unanswerable point of attack for opponents of the war in the United States, and a ready justification for Congress’s reluctance to support this American ally.

Corruption in South Vietnam was invariably and routinely identified as a pervasive issue in the country, one with corrosive effects in every aspect of the state and society.

Why, then, did this phenomenon persist, and even grow progressively more egregious over time? The basic conditions were set at South Vietnam’s birth in 1954, when the country emerged suddenly from its colonial past. With very few competent civil servants, with no functioning political system or tradition of democracy or transparency in government and with deep divides across religious, regional, ethnic and class lines, the new government built a military establishment from scratch. Few expected the state to last more than a couple of years. With the advent of active insurgency, the government of the Republic of Vietnam faced a deadly and immediate challenge that absorbed all of its attention.

The massive intervention of American forces that followed within a decade added to the challenge in fundamental ways by infusing vast amounts of money and resources into South Vietnam and conducting military operations that created massive turmoil and dislocation across the country. As the nation moved from crisis to crisis, hampered by a sclerotic and limited government bureaucracy, corruption was always an issue to address later.

At the same time, as U.S. involvement grew during the mid-1960s, American advisers were brought in who considered action against the corruption that had grown with the American investment in the nation to be an integral element of the war for “hearts and minds,” and therefore an essential component of pacification and a high priority for action. There were, however, serious obstacles to taking decisive action, reflecting the basic nature of the U.S. relationship with South Vietnam.

The most vigorous and sustained attempt by the United States to effect change in this area occurred in late 1967, as “Blowtorch” Bob Komer established the Civil Operations and Revolutionary Development Support program, known as CORDS. Recognizing President Nguyen Van Thieu’s long-standing caution in attacking corruption, Komer sought leverage that the Americans could use to encourage a more aggressive approach to the problem.

Embassy Saigon’s Minister-Counselor for Political Affairs John A. Calhoun noted a fundamental problem with Komer’s approach: it “entails an invasion of the sovereignty of the Republic of Viet-Nam so great that it could and would be argued thereafter that the United States is indeed the neo-colonialist power its critics and enemies allege it to be. … I believe that the more representative government which is emerging in Viet-Nam must be the vehicle for eliminating the social evils which beset the people. I do not think we can or should do this job for them.”

The issue came down to the relationship of the United States to South Vietnam. There was a basic tension, never resolved, between helping the South Vietnamese and compelling them to accept American solutions. Or as a CIA analysis later summarized the conflict in American objectives: “The GVN [Vietnam Government] must be invigorated and reformed, and the peasantry must be won over to the government side, but all of this must be done without disturbing the political, social and economic structure bequeathed by the French colonial regime.” Put another way, corruption was not incidental to the political system of South Vietnam; it was an integral and defining characteristic of that system.

There was a basic tension, never resolved, between helping the South Vietnamese and compelling them to accept American solutions.

Komer sought less intrusive means of encouraging action—regular liaison with South Vietnamese officials, review of plans and budgets, and the threat or action of withholding resources. The most effective measure seems to have been the gradual accumulation of information on corrupt or incompetent officials, providing that information to both the South Vietnamese and the American chains of command. The expectation was that the South Vietnamese would eventually act, if sufficient evidence could be found to justify a dismissal.

The original proposal for this program included suspending assistance if the South Vietnamese failed to react to the information, but this was a step Komer was unwilling to take—weakening support for allies in a theater at war was a very difficult course of action to propose. Ultimately, Komer succeeded in persuading the South Vietnamese to dismiss a limited number of officers, but with no guarantee that their successors would be any improvement.

The Tet Offensive in early 1968 changed the war in every respect. For the communists, the successive waves of the offensive cost them dearly, the losses concentrated among the Viet Cong. Increasingly the war fell to North Vietnamese soldiers, infiltrating down the Ho Chi Minh trail. On the American side, the offensive ultimately persuaded President Lyndon Johnson not to run for a second term, and to seek a negotiated settlement.

Incoming President Richard Nixon had an entirely different perspective on the nature of the war than his predecessor. Nixon and his national security advisor, Henry Kissinger, were classic realists. In part due to their basic outlook on power, and in part due to the change that the Tet Offensive had had on the war, Nixon and Kissinger were not so much interested in winning “hearts and minds,” as they were on ensuring physical control of the population. Similarly, they were more interested in ensuring a stable and acquiescent South Vietnamese government than in abstract notions of good governance.

As Nixon summarized it in a conversation with British counterinsurgency expert Robert Thompson, he thought that Thieu was “getting an undeservedly bad reputation.” Nixon commented that while some people wanted the administration to pressure Thieu to “crack down on corruption, broaden the base and go forward with land reform, he, the president, didn’t care what Thieu did as long as it helped the war.” The emphasis on good government as a means of ensuring popular support for the GVN dissipated, as did the willingness to expend political capital on encouraging South Vietnam to combat corruption. In late 1971 Deputy National Security Advisor Al Haig, on a fact-finding mission to South Vietnam, noted: “Thieu’s actions against corruption have been inadequate. He has not spoken out against corruption as strongly as he should, and he has not removed the more notoriously corrupt officials.” This was one of a litany of problems Haig identified in the South Vietnamese government, and like most of the others, was never effectively addressed.

In the end, the Nixon administration’s implicit tolerance for corruption served as other elements of its policy toward Vietnam to maintain a short-term stability in the government at the expense of its long-term prospects. The fall of South Vietnam stemmed from a range of causes. But, among those closest to the events, corruption was considered the most damaging, “largely responsible for the ultimate collapse of South Vietnam.”

Stephen Randolph is the State Department historian. A 1974 graduate of the United States Air Force Academy, he served for 27 years on active duty in the Air Force, retiring as a colonel in 2001. He flew F-4s and F-15s, with a tour in Operation Desert Storm; held senior staff positions on the Joint Staff and the Air Staff; and then joined the faculty at the National Defense University, serving for 15 years before moving to the State Department in 2011. He is the author of Powerful and Brutal Weapons: Nixon, Kissinger and the Easter Offensive (Harvard University Press, 2007). 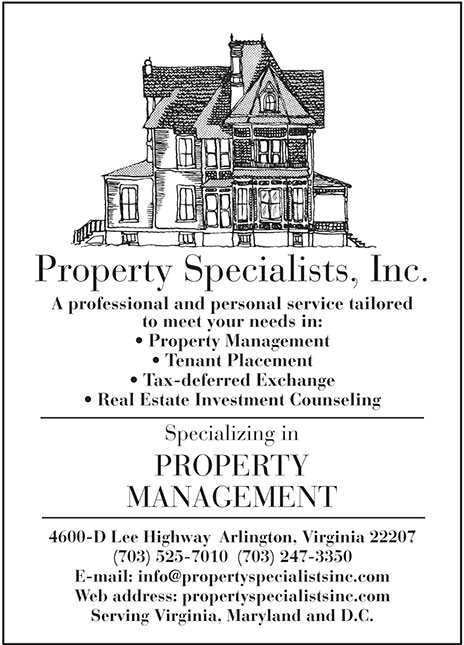 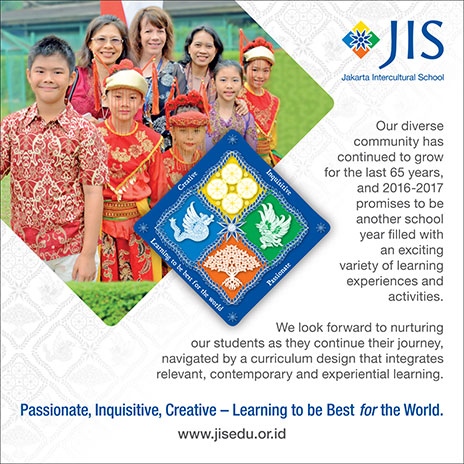 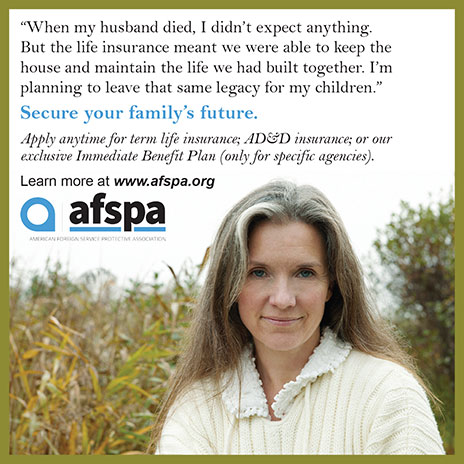 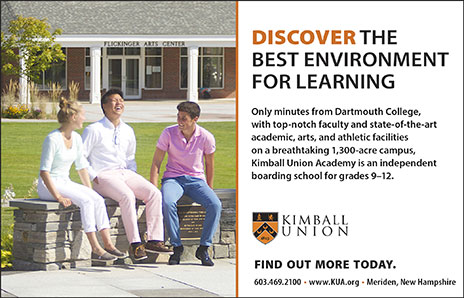