As head of the State Department’s Bureau for International Narcotics and Law Enforcement Affairs for more than five years, I’ve had a front-row seat as anti-corruption has gained prominence as a U.S. foreign policy priority. To be clear, corruption is a crime just like any other, and it can be just as corrosive to communities.

Corruption is not new, but what does seem to be emerging now is the growing recognition that it imperils so much of what the United States is trying to accomplish worldwide: good governance, economic growth and national security.

All indications are that this trajectory—increased attention and action to mitigate corruption—will continue. This past January, at the World Economic Forum, Secretary of State John F. Kerry laid down a marker by asking that our global partners make anti-corruption a national security priority.

There is no sugarcoating the challenge before us—corruption is widespread, influencing quiet, day-to-day interactions, as well as high-level transactions and processes. And it is notoriously difficult to root out. Any effective campaign against corruption must be conducted not only from the top down, but also from the bottom up—not necessarily a natural modus operandi for the State Department.

The Obama administration has made anti-corruption a key element of its democracy agenda, and has strengthened governmentwide efforts to prevent and combat graft, both domestically and internationally. Toward that end, we have amassed an array of tools and international relationships which are effective in advancing accountability and the rule of law. INL, alongside other State bureaus, has established strong working relationships with the departments of Treasury and Justice, the U.S. Agency for International Development, various United Nations bodies and numerous nongovernmental organizations (NGOs) all over the world to attempt to conduct this effort in a coordinated and comprehensive manner.

While the United States is not exempt from the global scourge of corruption—as our Founding Fathers knew all too well and addressed within our Constitution—State and the interagency community are working every day to guard against it. Through continued implementation of the Foreign Corrupt Practices Act, our nation leads by example, fighting the practice of bribing foreign officials, denying the entry of corrupt foreign officials into the United States and targeting perpetrators of corruption and their ill-gotten gains both domestically and around the world.

Our colleagues’ work at the Department of Justice litigating FCPA cases not only gives U.S. firms an incentive to enact compliance programs, but serves as a model for other countries’ enforcement agencies. We are pleased that Attorney General Loretta Lynch participated in a March ministerial-level meeting of the Organization for Economic Cooperation and Development, to discuss progress in enforcing the OECD’s Anti-Bribery Convention.

The 2015 QDDR gave clear instructions to all State employees to expand anti-corruption initiatives and seek ways to cooperate with interagency colleagues to strengthen partnerships, promote capacity-building abroad and increase enforcement.

In addition, DOJ has successfully returned some $143 million in assets since 2004, and is currently litigating stolen asset cases involving more than a billion dollars. State’s denial of visas to current and former foreign government officials and private citizens who have bribed government officials strongly complements such efforts.

The State Department’s release of its latest Quadrennial Diplomacy and Development Review in 2015 was a watershed moment. The QDDR gave clear instructions to all State employees to expand anti-corruption initiatives and seek ways to cooperate with interagency colleagues to strengthen partnerships, promote capacity-building abroad and increase enforcement.

The document also outlines our institutional commitment to empowering civil society all over the world and ensuring successful implementation of vital initiatives, such as the Open Government Partnership and the United Nations Convention against Corruption. With that in mind, INL is rigorously evaluating its own programming to put limited resources into strategies that deliver accountability.

The QDDR stresses the importance of equipping our officers with the right tools to implement our anti-corruption policies. Since corruption touches nearly every sector, State has added formal training opportunities for our political, economic and public diplomacy officers at the Foreign Service Institute. We are also sharing best practices across bureaus and incorporating corruption prevention and good governance priorities into country and regional strategies. Even before the QDDR, our rule-of-law assistance included a focus on building integrity in the judiciary, transparency in government institutions and appropriate implementation of international anti-corruption standards.

During Fiscal Year 2015, the State Department and U.S. Agency for International Development dedicated more than $120 million to a wide range of programs to fight corruption globally. This assistance helps governments develop electronic systems—typically less prone to corruption—to carry out government services like the provision of identification documents; supports training to build the capacity of law enforcement officials, prosecutors and members of the judiciary; and bolsters our efforts to mentor parliamentarians to implement key legislation, among many other effective programs.

In just the past year, INL managed anti-corruption programs across the globe, from Eastern Europe and Central America to Afghanistan and West Africa. In Ukraine, we supported the Interior Ministry’s efforts to recruit, vet and train 7,000 new patrol officers; as a result, the police now enjoy an 85-percent approval rating among Ukrainian citizens. To reinforce that progress, last December Vice President Biden visited Kyiv to announce an aid package totaling more than $190 million in assistance to help Ukraine prevent and fight corruption, implement reforms and bolster civil society.

We also saw significant progress in Guatemala in 2015. Investigations by the International Commission Against Impunity in Guatemala (known in Spanish as the CICIG), for which the United States has been a leading donor since 2008, led to arrests and the dismantling of longstanding, pervasive corruption rings within the country’s tax authority, penitentiary system, national civil police, Social Security Health Institute and elsewhere. Most notably, in September Otto Perez Molina resigned the presidency and was incarcerated following a CICIG investigation. We also continue to fund bilateral programs to help the Guatemalan judiciary adopt CICIG best practices.

This is not just a moral fight for more ethical, just societies. It is an economic fight for fair, accountable, transparent systems that allow for growth.

Fighting and preventing corruption is not only a government’s responsibility. It requires a bottom-up approach to building citizens’ demand for justice and accountability. With that in mind, we are prioritizing efforts to expand civil society’s role and empower citizens to hold their governments accountable.

In Mexico, for example, INL has worked with a local NGO to establish citizens’ watch booths in district attorneys’ offices located in the Federal District and the states of Mexico and Puebla. The booths are run by volunteers who advise citizens of their rights in reporting crimes, monitor local authorities to ensure that they follow correct procedures, collect data on the quality of services provided and report irregularities. We also support training investigative journalists to uncover corruption at a local level. Local citizens, journalists and organized civil society must all be empowered to expose corrupt practices and feel safe enough to press for the prosecution of perpetrators.

In addition to building capacity in developing countries, we are leveraging renewed global interest in this common cause to strengthen political will and implement international standards. It is impossible to estimate the cost of corruption, but with a conservative World Bank estimate of $1 trillion in bribes being paid annually, the costs in diverted resources are huge. That oft-cited and staggering figure cannot be ignored, and individual countries cannot address it alone. Our partners in the Group of Seven and Group of 20 have made anti-corruption a priority this year, as shown by a May summit in London that brought together representatives of G-20 member-states and developing countries to work toward transparency in beneficial ownership, law enforcement cooperation and asset recovery.

Implementation of key international mechanisms, such as the United Nations Convention Against Corruption and the Inter-American Convention Against Corruption, also enables us to hold countries accountable in fulfilling their obligations under international standards. INL provides foreign assistance to experts from international organizations focused on combating corruption to bolster our efforts in international asset recovery, government transparency and judicial integrity. For example, we support Interpol workshops where law enforcement officials from different countries can cooperate more closely in recovering stolen assets. State Department funding has also enabled U.N. mentors to train anti-corruption authorities in West Africa and Central America.

INL and the rest of the State Department will continue our work to strengthen justice systems, train law enforcement and build institutions with partners committed to reducing widespread corruption within their own countries. But anti-corruption policies are only as good as the political will that exists to enforce them, and citizens’ willingness to hold their governments accountable is a key contributor to that political will.

This is why U.S. assistance will continue to support a broad range of sectors and needs, adjusting to emerging trends. Our programs will focus not just on good governance, but on addressing the causes and facilitators of corruption.

This is not just a moral fight for more ethical, just societies. It is an economic fight for fair, accountable, transparent systems that allow for growth. And it is a fight we must wage both within our borders and alongside our international partners to protect our economic growth and stability, our security and our future. Good governance is a goal we cannot afford to ignore. 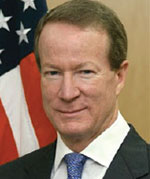 William R. Brownfield, a Senior Foreign Service officer with the rank of Career Ambassador, has served as assistant secretary of State for international narcotics and law enforcement affairs (INL) since 2011. In that position, he is responsible for State Department programs combating illicit drugs and organized crime, as well as those supporting law enforcement and promoting the rule of law. INL currently manages a portfolio of more than $4 billion in more than 80 countries, administered by 5,000 employees and contractors. Prior to assuming his current position, Ambassador Brownfield served as ambassador to Chile (2002-2004), Venezuela (2004-2007) and Colombia (2007 to 2010), among many other Foreign Service assignments. 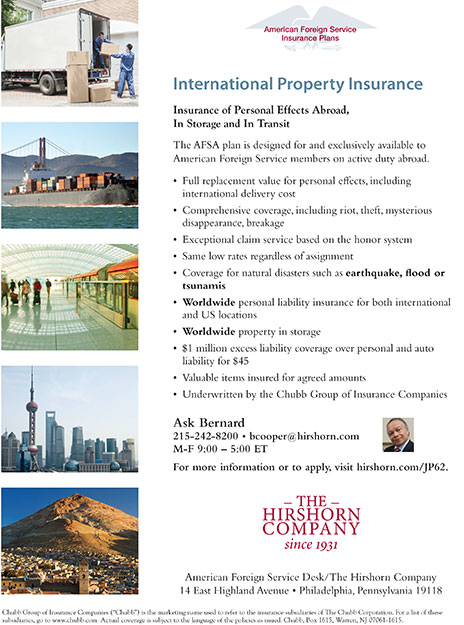 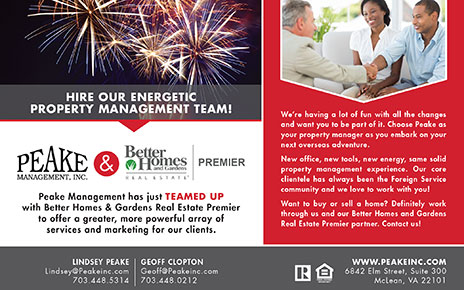 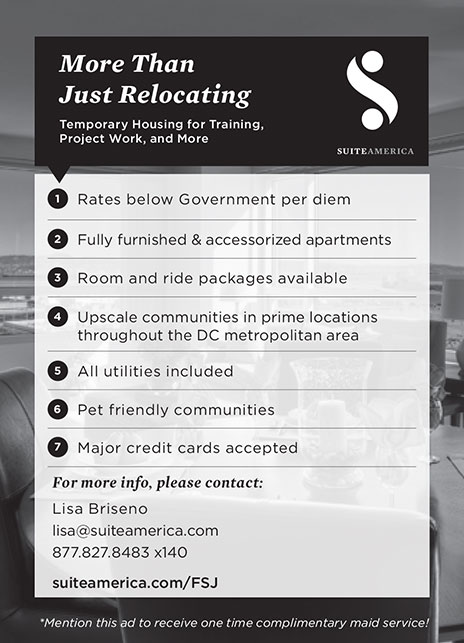 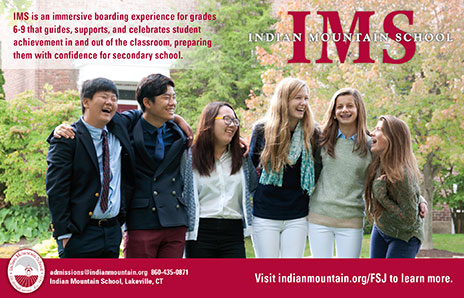