Citizenship and Unwed Border Moms: The Misfortune of Geography 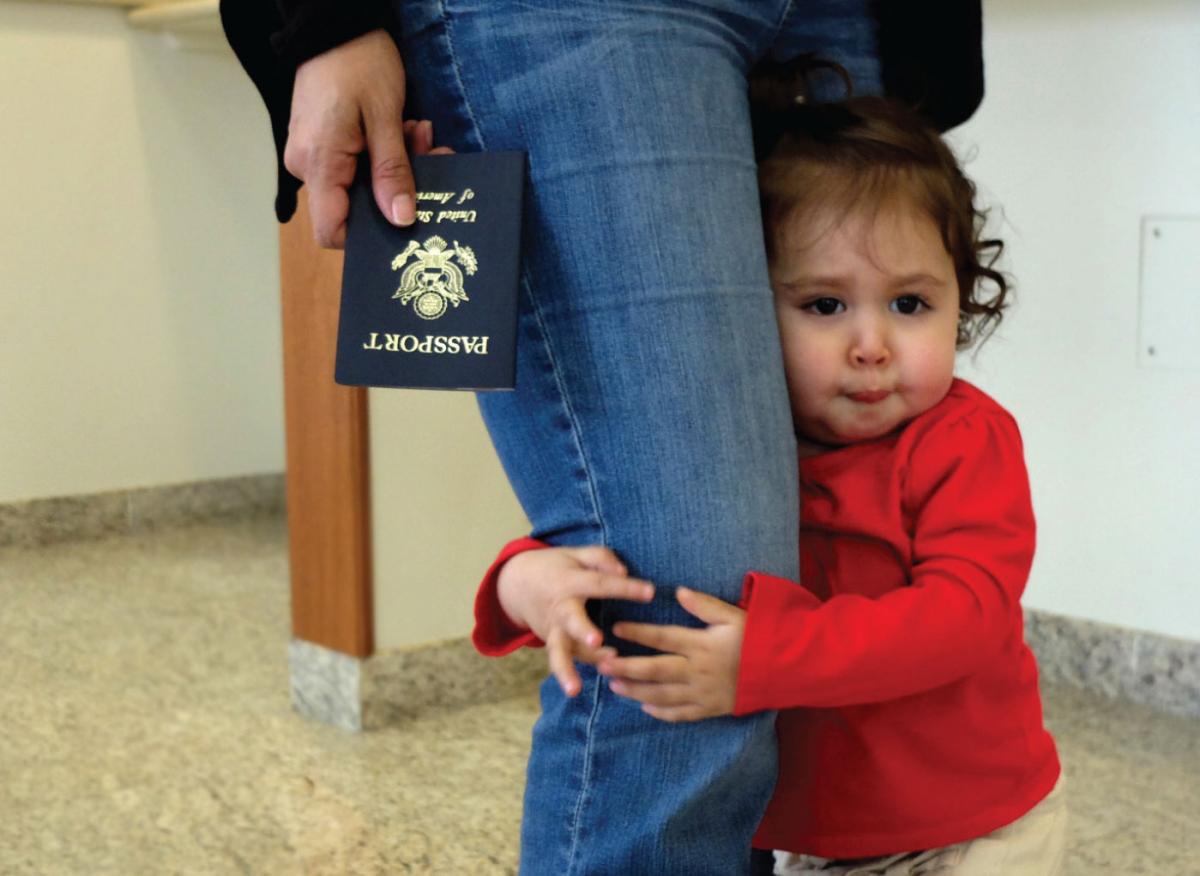 I love working on the passports line in Tijuana. It’s a job that for the most part makes people happy. I get to say “Señor, your passport is approved,” which generally elicits a smile— sometimes even a fist pump.

I also get to “make Americans”—a colloquialism for adjudicating citizenship for applicants for a Consular Report of Birth Abroad. All those American moms and dads who bring in little Lupita and Miguelito—their kids are so cute at the window, with their shy “buenos días” or their hair tied in bows.

But there is a very difficult aspect of my job that comes up probably once or twice a week. It’s adjudicating the CRBA cases of unwed American-citizen mothers who live along the U.S.-Mexico border.

More than once women have left my window in tears, prompting me to ponder the question of equal protection under the law.

Here is a little background for you non-consular folks. For a parent to transmit citizenship to a child born overseas, the applying parent needs to prove three things: his or her U.S. citizenship, a biological relationship to the child, and that he or she has spent sufficient time in the United States to satisfy the physical presence requirements of the Immigration and Nationality Act.

“Physical presence” was written into the INA as a way to ensure that American citizen parents had “absorbed American culture and values” enough to pass them on to their progeny (see Foreign Affairs Manual 1133.3). It is also a way to prevent an endless chain of hereditary American descendants—you don’t necessarily get to be an American just because your father or your grandfather was.

But what “physical presence” means depends on who is applying. Men and married women need to show five years of accumulated presence, with two years after the age of 14. Unmarried women need one year of continuous presence, meaning unbroken time—no trips outside the U.S.

And herein lies the rub: a law that was designed to help unwed mothers transmit citizenship has created an unintended gender inequality, at least for women along our land borders.

The Bias of History

Throughout our nation’s history, marriage has been a key in determining a woman’s nationality. In early 1776, Abigail Adams famously petitioned her husband John Adams to “remember the ladies” during the drafting of the Declaration of Independence and grant women at least some political rights separate from their husbands.

To this she got a dismissive reply: “I cannot but laugh…we know better than to repeal our masculine systems.” The founding fathers just couldn’t imagine the political status of women as “citizens”—they could not vote, own property, keep their wages or even have custody of their children.

Throughout the 19th century, a woman’s citizenship status was murky territory, usually tied to that of her husband. As of 1907, American women routinely lost their U.S. citizenship when they married a foreign national. It was not until 1934 that Congress allowed married women to retain their citizenship, and granted single mothers the right to transmit U.S. citizenship under the rationale that she “stands in place of the father.”

For border moms, the current application of the INA seems both discriminatory and irrational.

But what to do about those children born abroad to unmarried U.S.-citizen mothers who did not fulfill the physical presence requirement? Those children were exposed to a significant risk of statelessness, since not all countries grant citizenship as a birth right under the principle of jus soli (literally, “right of the soil”).

So in 1952 Congress established the one-year continuous presence requirement for out-of-wedlock births in an effort to help single mothers—and for the vast majority of women in the world, it does. It is generally easier to prove one year of presence in the U.S. than five.

Not so for our citizen-moms along the border.

The U.S.-Mexico border is less a line than a wide swath of territory where movement is fluid. American citizens live on both sides and cross frequently, for a variety of reasons. Salaries north of the border are higher, but apartments in Tijuana are cheaper. The United States has bigger Costcos—not to mention Whole Foods and Trader Joe’s. But Mexico has cheap dentists. Some people cross the border just to get a better price on gas.

And then there is the question of family. Extended families are frequently dispersed along both sides of the border, so visiting aunts and cousins is, for many area residents, a quotidian affair. Many American women of Mexican heritage choose to have their babies south of the border not only because it costs a lot less, but also because it’s closer to grandma.

So when an unmarried American-citizen mom comes up to the window for a CRBA, I brace for the worst. Because if she can’t convince me that she did not set foot outside of the United States for 12 straight months, the likelihood is that I am going to deny her. This is what the law requires.

Proof of such presence, or in consular speak “a preponderance of evidence,” might be that mom moved to Seattle for all of middle school, or that she grew up in Los Angeles and her extended Mexican family was living in the southern state of Chiapas. In these cases, one can argue mom is less likely to have broken the one-year requirement because visiting family requires more than a 15-minute drive across the border.

But for most applicants along the U.S.-Mexico border this is unrealistic. They live on both sides of the line, crossing back and forth frequently, without giving a second thought to how it might affect their progeny. These are the women who are in for a nasty shock at my window. 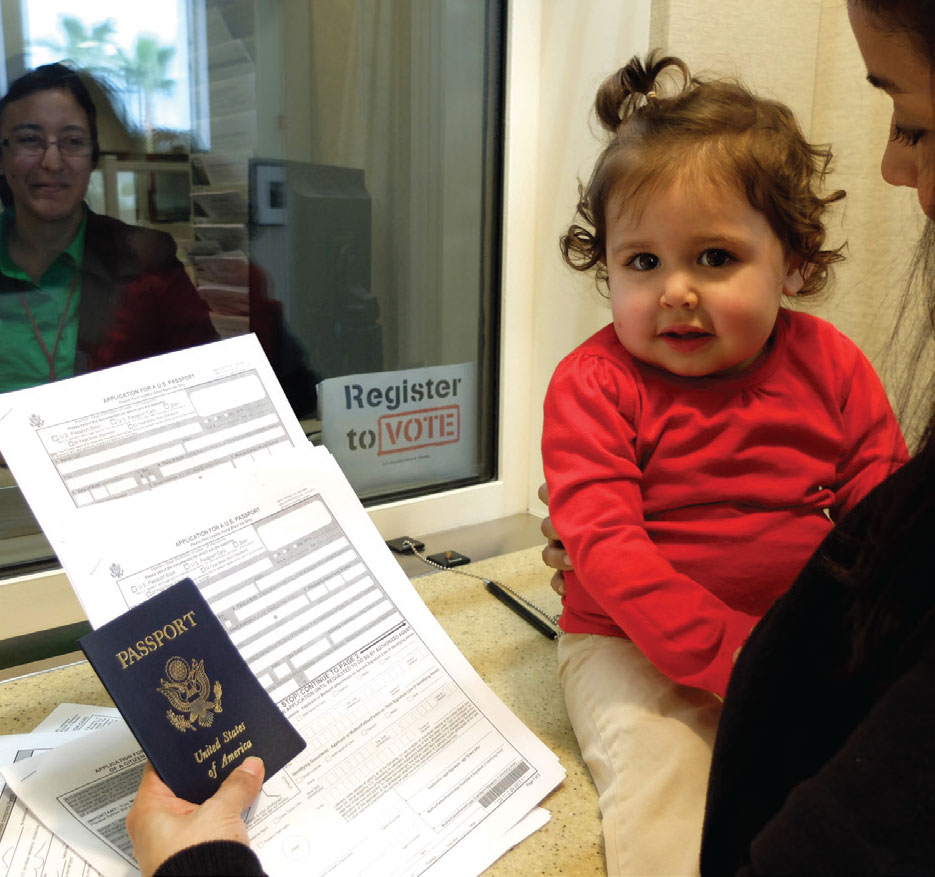 For unwed mothers on the border, transmitting citizenship can be a nerve-wracking exercise to prove that they didn’t set foot in Mexico for an entire 12-month period.
Vera Zdravkova

The case I find myself thinking about most was a woman who came in to the consulate with a newborn. She had been born and raised in San Diego, had gone to school, to college, and had a career, a life partner and two other children born in California. She was visiting her grandmother in Ensenada when she had complications that led to an unexpected emergency cesarean section in Mexico. During her interview, she candidly mentioned that she has visited her grandmother every few months all her life.

With that on the table, I had no choice but to deny her application. Had she been married, or a man, she would have been able to transmit citizenship, but as an unwed mother she didn’t meet the legal requirement. It was as simple as that.

She was devastated to learn that she would not be taking her tiny baby home to California anytime soon. Through tears she said, “But why? I don’t understand. You are breaking up my family.”

My assurances that she could obtain citizenship for her child via the Child Citizenship Act offered little consolation. It’s hard for parents in this situation to find comfort in a backup plan that costs far more money and takes months or years to achieve.

That was a very bad day for me. I am sure I am not the only Foreign Service officer who has experienced this awkward tension: doing your job right can sometimes feel, well, wrong. But we aren’t hired to make the law; we are hired to apply it.

This section of the INA was designed to help the children of unwed mothers avoid statelessness. But through the simple misfortune of geography, many border women lose. In Tijuana, about 20 percent of all our CRBA denials are unwed mothers who can’t prove a year of uninterrupted presence in the United States.

Considering that our southern land border stretches from San Diego to the Gulf of Mexico, it is likely that hundreds, if not thousands, of American women cannot transmit citizenship because of this wrinkle in the law.

So the question is: should the law treat Americans differently based on their gender and marital status?

For border moms, the current application of the INA seems both discriminatory and irrational: there is no compelling reason to believe that women who are unmarried are any less adept at “absorbing American culture and values” than are married women, or men.

If it were up to me, I would say the solution is to introduce an “either-or” scenario, where unwed mothers can qualify under either the five-year accumulated presence or the one-year continuous presence requirement.

But it’s not up to me. It’s up to Congress. And until it changes the INA, I will continue to do my job and apply the law, no matter what I think about it.

I just hope my next case has a happier ending. 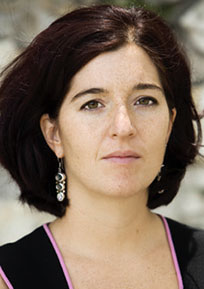 Amelia Shaw joined the Foreign Service (public diplomacy cone) in 2014 after careers in journalism and public health. She is currently doing consular work in Tijuana, her first post.