“Diversity” is one of those words next to a box to be checked and a word that is included in the conversation because it is the right thing to do. But it is when that word is applied that it has power. When it is absorbed, it has meaning. When it is followed through on, the word “diversification”—the process of becoming diversified, of adding variety—has impact and sustainability. It instills trust.

The U.S. Department of Agriculture’s Foreign Agricultural Service understands the importance of applying, absorbing and following through on diversification. At the helm of change is the Office of Civil Rights Director Adriano Vasquez. He arrived at USDA five years ago, ready to take on the task of advocacy, and decided to combine the efforts of the USDA’s numerous affinity groups by creating the Civil Rights EEO Committee. This committee is charged with looking at the entire landscape and creating a more engaging, encompassing and empowering environment for all, not just for some.

I am personally compelled to be a part of the diversification story for USDA’s Foreign Service. As a single mother, I have raised three boys and two girls: one of my children is biracial, two are African American and my two adopted children are Mexican. They grew up on three different continents, so the experiences and lessons I learned in the area of diversity are endless. I learned from raising my children in this dynamic world that how we approach diversity is key to how successful we are as a department and, more importantly, as a society. As a mother and a Foreign Service officer, I believe in change, hope and promise.

Yet I was to be the first to take the exam. And as with any fairy tale, there were trials and tribulations on my journey. That is what makes every story more interesting and makes every character stronger. The question that needed to be asked then was, Why? Why was there only one African American woman FSO in FAS, and why was I the first to take the test? Fast-forward to the present day, and the landscape has changed. Is it perfect? Not at all, but steps are being taken to rectify the barriers and issues that plague us.

Why was there only one African American woman FSO in FAS, and why was I the first to take the test?

What has FAS learned about being an all-inclusive foreign affairs agency in the years since I took the exam? We have learned that a change of this magnitude must be collaborative. All opinions matter; they have a place and need to be addressed. The stories and legends that can engulf a small agency must be heard and learned from, to be able to dispel them or to right the wrong.

The Office of Civil Rights is a key partner to work alongside the Foreign Service in this endeavor. It adds that essential perspective that can enhance the corps and help work toward widening the net through recruitment and onboarding of new officers. The OCR within FAS has conducted climate surveys and assessments, compiling various people’s perspectives across the agency. As a result, it was able to identify what triggers exist that may lead to barriers. Another important outcome was the realization that diversity means different things to different people. Perceptual filters play a role in how employees see diversity, and that is a launching point for where change must begin.

As an African American woman representing the U.S. agricultural industry in foreign lands, I am more often than not the only person who looks like me at the table, in a reception or at the podium. Often I get to be the one to educate the people I encounter overseas about the United States—who we are, what we look like, and who we are still striving to become. As an organization, we are deliberately focused on outreach to the next generation of Foreign Service officers. Who are they? What will they look like? Where will they come from?

We understand that it is up to us to decide. We want to build up the community that we live in, and we know better than anyone else that the only way we can continue to grow and prosper is to continue to seek change. We in the FAS have chosen to start the dialogue. We have decided to initiate the change. We are diversifying, on purpose.

As Mary Parker Follett, an early 20th-century consultant and pioneer in organizational theory who has been called the “mother of modern management,” once said: “Unity, not uniformity, must be our aim. We attain unity only through variety. Differences must be integrated, not annihilated, not absorbed.” 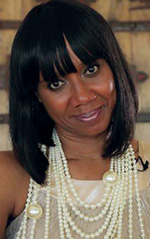 Valerie Brown is co-chair of the Civil Rights EEO Committee for the Foreign Agricultural Service. Currently serving in Washington, D.C., as the senior director of Asia operations at USDA, she is looking forward to her upcoming assignment as the head of USDA’s office in Dubai. During graduate studies in agricultural economics, she worked for the U.S. Agency for International Development in Sri Lanka. She joined FAS in 1995 as a civil servant, and entered the Foreign Service in 2001. She has served in London, Mexico City, Taipei and, most recently, Shanghai. She recently co-founded “Real Women Wine,” a group focused on women empowerment and wine education, and also mentors young people and women. 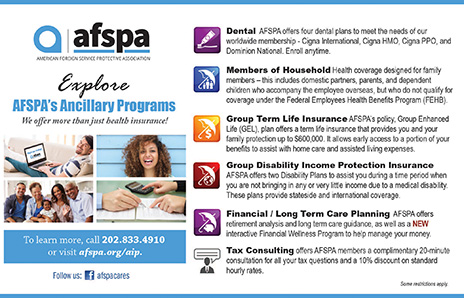