The October issue focuses on advancing diversity and inclusion. 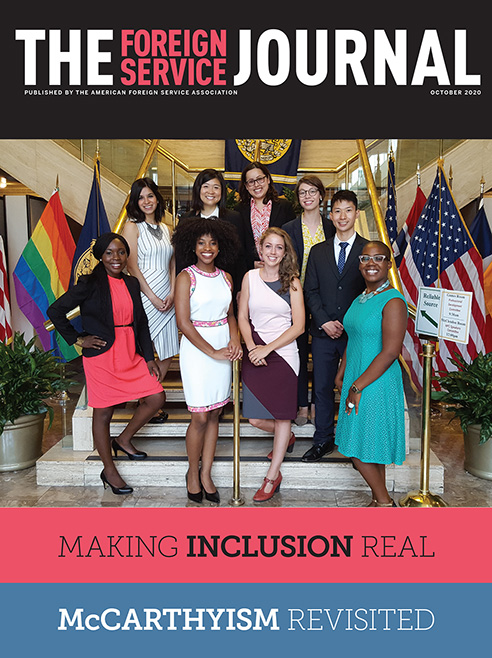 Achieving meaningful change requires a fundamental shift in the Department of State’s handling of its most important asset: its people.

Launched in 2012, the Payne Fellowship has proven itself a valuable program.

One Bureau’s Model for Moving Forward

With a spotlight on State’s lack of diversity in the senior ranks, the Bureau of Western Hemisphere Affairs has stepped forward with a practical program to create real change.

Reports from the Employee Affinity Groups

A Time of “Great Malaise”

The experience of a distinguished career FSO offers a look into the dark side of mid-century America.

The Exile of a China Hand: John Carter Vincent in Tangier

For the sin of accurately foreseeing the success of Mao Tse-tung’s communist insurgency, Foreign Service “China hands” were accused of disloyalty and punished.

Taking Stock and Looking Ahead

Continuing the Conversation: Toward a Diverse, Inclusive Foreign Service

Blind EERs: Would They Make Sense?