Sometimes the course, if not the fate, of a country may hinge on an action as seemingly insignificant as a diplomatic snub. At least that appears to be the case where Russia and Romania are concerned. Let me explain.

Former Vice President Richard Nixon visited Moscow March 16-21, 1967, as part of a private tour of European capitals to burnish his foreign policy credentials in the run-up to his renewed bid for the presidency. Ambassador and Mrs. Llewellyn Thompson hosted him at Spaso House, the official residence, and he slept in the so-called Nixon bedroom, where he had stayed as vice president in July 1959.

During that earlier visit he had engaged in the famous “kitchen debate” with Soviet leader Nikita Khrushchev at the American National Exhibition in Moscow. (Thompson had been on his first tour as ambassador there at the time.) Nixon was now seeking to meet with Soviet leaders and hoped, if possible, to pay a visit to his former adversary, the by then “retired” Khrushchev.

But the Soviets would have none of it, flatly rejecting any and all appointment requests. This left Thompson in an awkward position—what could he do to fill the time of his underoccupied, high-level guest?

In fact, there were not many options. Nixon started with a visit to the embassy, where he addressed a staff meeting. The Thompsons then hosted a luncheon for him at Spaso House with the British, German and Italian ambassadors.

There being nothing much else for him to do in Moscow, Nixon then traveled to Tashkent, Alma-Ata and Samarkand, accompanied by an embassy escort. On his return, the Thompsons held a big dinner for him with the American and foreign press corps. And that was the extent of his program.

Since I was living at Spaso House as Thompson’s staff aide at the time, I had several meals with the former vice president and the chance to observe him at close quarters. Not surprisingly, he held forth knowledgeably and articulately about foreign affairs. In my presence at least, he was always polite, friendly and even jovial, though the latter characteristic appeared somewhat forced; he just did not seem to be naturally at ease around others, no matter how hard he tried.

At the same time, he successfully concealed the disappointment he must have felt about being snubbed by the Soviets, who apparently regarded him as a political has-been. Or possibly they simply did not want to do anything that would help advance the strongly anticommunist Nixon’s White House ambitions. Who knows?

Leaving Moscow, Nixon traveled next to Bucharest, where he was warmly received. The high point of his stay was his meeting with Romanian Communist Party General Secretary Nicolae Ceausescu, who had reached the top leadership post only in 1965 and had not yet become a megalomaniacal autocrat and the so-called “Genius of the Carpathians” and “Danube of Thought.”

According to various accounts, the meeting went smoothly, with Nixon engaging the Romanian leader on China, among other topics. The former vice president got on well with Ceausescu and apparently was struck by the vast difference between his reception in Moscow and in Bucharest.

After becoming president, and reportedly against the advice of his senior aides, Nixon chose to make his first trip to the Soviet bloc not to Moscow but a triumphal return to Bucharest, in August 1969. That surprising event helped put Romania on the international map in a new way, and it was still being talked about enthusiastically when my wife and I arrived there on assignment nearly two years later.

While the reasons for the Soviets’ cold shoulder to Nixon in Moscow remain unknown as far as I am aware, it certainly spurred the growth of U.S.-Romanian relations and emboldened Romania’s efforts to achieve greater independence within the Warsaw Pact. And that presumably was not at all what the Soviets had expected—or intended. 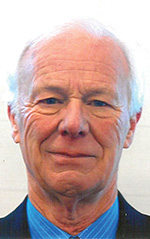 Retired Senior Foreign Service Officer Jonathan B. Rickert spent the majority of his 35-year career either in or dealing with Central and Eastern Europe. His final two overseas posts were as deputy chief of mission in Sofia and then Bucharest. He served as Ambassador Llewellyn Thompson’s staff aide at Embassy Moscow from 1967 to 1968.