I am not a “car guy.” While I enjoy the freedom of the open road and appreciate the large SUV that has followed our family from post to post, courtesy of the federal government, it is the “utility” of the SUV that is key for me and, perhaps, for many others in the Foreign Service. Although we might really enjoy our particular ride, we recognize that the hazards of overseas life are likely to bring scratches, dents, fender benders and definitely a lot of hard miles. One best not become too attached.

Yet under current practice, foreign affairs agencies are spending millions of dollars each year shipping privately owned vehicles (POVs) around the world for members of the Foreign Service like me. I would prefer to purchase a vehicle on arrival at post but have chosen not to repeatedly because it doesn’t make economic sense.

Simply put: The lack of good information about the relatively closed and quite limited markets for expat cars at most posts makes it difficult to find the right car at a fair price.

Rather than risk it, many FS members choose the default approach of shipping a vehicle to post. This can result in, to use my latest experience, shipping a well-used vehicle with an optimistic Kelly Blue Book value of $7,000 from Amman to Accra at a shipping cost to the U.S. government of $2,400, not including demurrage and in-country transport. This is not the economic decision I would make if I were footing the transport bill myself.

By my rough estimate, the State Department spent more than $21 million shipping POVs in 2018. Based on data from the Transportation Management Office, Foreign Service members shipped more than 4,500 POVs to and from overseas posts that year. The costs are enormous, and they do not take into account the substantial in-house administrative and logistical work hours required to get all those vehicles from point A to point B.

What if FS members were given a choice when planning a permanent change of station (PCS): ship your vehicle to post at government expense, or receive a POV stipend? That stipend could be used for the purchase of a new car at post, applied toward public transport costs or used however you see fit.

The stipend could be calculated as a flat rate depending on destination (e.g., from continental U.S. [CONUS] to West Africa, one to Europe, one to South America) or as some portion of the quoted shipping cost. Either approach would result in substantial cost savings for the government, and the increased flexibility would reduce some of the hassles associated with the PCS process.

On a practical level, everyone would benefit from a more formalized method for gathering and sharing information about the local duty-free vehicle market.

Adding this allowance would not require any major regulatory changes or legislative fixes. The Secretary of State already has the authority to pay expenses related to a PCS under 22 U.S.C. Section 4081. The stipend could become part of the benefits package administered by the Office of Allowances. Like the Foreign Transfer or Home Service Transfer Allowances, the POV election would be another section of the SF-1190 to complete at the time of transfer.

This new approach would shift some burden to FS members to more carefully consider their options at the new post. On a practical level, everyone would benefit from a more formalized method for gathering and sharing information about the local duty-free vehicle market.

So often, transitioning officers and specialists are guided only by a handful of classified ads in the post newsletter and anecdotal chatter. The uncertainty this causes during the already stressful PCS process likely leads some to ship their vehicle by default. Under the new stipend system, the general services officer could work with the community liaison office coordinator to provide more systematic data about local vehicle sales.

By supporting and incentivizing Foreign Service employees to make informed decisions about buying or shipping POVs, it is likely that the number of vehicles shipped between posts or from post to CONUS would decrease substantially, while shipments from CONUS to post would probably remain stable. As a result, the supply of duty-free cars on the market at posts would theoretically increase, likely lowering asking prices or at least providing a wider selection.

Some of us would still choose to ship a car to post but then sell it there, likely raising the quality of available POVs. In addition, sellers might be more willing to negotiate if they knew their stipend could make up at least some of a shortfall in sales price. Buyers might similarly be willing to increase an offer, knowing that the stipend increases their purchasing power.

Purchase at post will mean less awkward time relying on sponsors, new friends and taxis on arrival at a new assignment while waiting for a shipped vehicle to (finally!) catch up with us. Eventually, there will be a treasure trove of shipping and market data from across the globe that could lead to an interesting case study for any of our able economists.

(in U.S. dollars, including ELSO storage charges but not demurrage or other local costs)

This proposal would also help FS members avoid running afoul of local laws and lesser-known department regulations. For example, some countries have restrictions on the age of POVs that can be imported into the country, but there is usually no corresponding requirement that vehicles be shipped out of country as they reach that threshold. In most cases, POVs could be brought into the country and remain there in the expat market.

Similarly, encouraging local buying would protect FS members from subsequent changes in import requirements or restrictions, such as a recent decree in Ghana assessing an import tax (potentially borne by the employee) on POVs with an engine size greater than 2.9 liters.

The four-year replacement rule found in 14 FAM 615.4 would still apply, but only to the actual shipment of a POV from the United States. So if you receive the stipend, you would not be permitted to ship a POV at government expense until four years had passed from any prior POV shipment from the United States, but you could receive the stipend for another PCS in the intervening four years.

Each Foreign Service member would be able to choose the best approach for their situation, with the stipend serving as an additional incentive to buy and sell locally, thereby increasing the size of the local market.

In addition to the convenience and cost savings that would result from this approach, another important benefit of this change would be to limit the global harm caused by sending so many cars on the high seas. The negative environmental impact of international shipping is well documented, and the threat to our oceans is only getting worse.

The result: fewer FS cars in transit, less spent by the department on shipping each year, a smaller administrative burden and less negative impact on the environment.

The International Maritime Organization estimates that annual carbon dioxide emissions from shipping were equal to 2.2 percent of all global human-made emissions, and that rate is rising. By reducing the number of POVs shipped, the department would be cutting its carbon footprint and its contribution to ocean pollution.

Moreover, lowering our reliance on the international shipping industry will reduce U.S. government participation in a sector that, according to vulnerable populations advocate Caritas Internationalis, “is often characterized by inadequate salaries, difficult work conditions, violation of human and labor rights, forced labor and trafficking. A large number of people employed as seafarers … are vulnerable and potential victims of trafficking.”

The benefits of this approach seem pretty clear. If we had the option of a POV stipend instead of shipment, some portion of us would accept the allowance. The result: fewer FS cars in transit, less spent by the department on shipping each year, a smaller administrative burden on embassy staff all the way from expeditors to the warehouse workers to the motor pool to management counselors, and less negative impact on the environment.

In a time of diminishing budgets and climate change, shouldn’t every effort be made to maximize scarce resources? 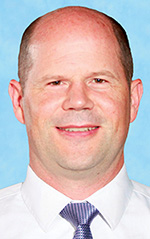 Warren Leishman is a USAID Foreign Service officer serving as the supervisory resident legal officer at the agency’s regional mission in Accra (although currently teleworking from West Virginia). Previous assignments include Jordan, Ethiopia and Washington, D.C. This article reflects his personal views and not necessarily those of USAID or the Department of State.