I walked into the U.S. embassy housing compound in Tirana, Albania, at 12:16 p.m. on July 4, 2009. The details stick in my mind because I had to present my passport for the first time since beginning my Peace Corps service nearly two years earlier, and I had to inscribe my name in the visitors’ book. It felt like an arcane, yet comforting, ritual from a past life.

We Peace Corps Volunteers had been invited to the embassy’s annual Fourth of July picnic. Pushing through the revolving doors onto the embassy compound, I felt like Dorothy stumbling upon the Technicolor Land of Oz.

It was heaven compared to the Albanian village where my husband and I were living and working. There were proper curbs. And sidewalks. And petunias planted beside the front doors of houses. The air smelled like hot dogs, and the grass had been cut by a lawn mower instead of a goat.

That night, as my husband and I ate dinner with our young FSO host, he told us about the challenges he had experienced assimilating in Rome, his previous post.

He told us that he had finally managed to accustom himself to a half-size fridge. As we had been living for the last two years without any refrigeration at all because of twice-daily power outages, his comment fell somewhat flat.

A few months later, we returned to the United States, our Peace Corps service over. My husband, who had taken and passed the Foreign Service Officer Test, finally received the invitation to his A-100 class.

We were assigned to Monrovia, where we thought that after our experience as Volunteers in Albania (and that one Fourth of July), the Foreign Service lifestyle would be a breeze.

Living in an Albanian village as a Peace Corps Volunteer was challenging, but there were few consequences when neighbors’ weddings (complete with electric clarinets) would keep us awake until the wee hours of the morning.

In Liberia, however, my husband still had to go to work after nights spent picking fire ants off our daughters’ mosquito nets. He had to adjudicate visas, figure out tricky citizenship issues and learn thousands of new acronyms—all while keeping a cool, professional demeanor and a pressed suit.

What I’ve learned is that Peace Corps Volunteers are the sprinters of the diplomatic world; they work in the field at the most basic level for at least two years. They know local customs, slang, superstitions and conditions that affect a specific local population.

Foreign Service officers are the distance runners. They see the big picture over the course of years in the field. They understand the historical and political influences on a country, and the policies that make daily life what it is. They work with governments to analyze and bring about the sweeping changes that slowly determine the course of a nation.

Yet, as any track and field coach knows, you need both sprinters and distance runners to win a meet. Volunteers and members of the Foreign Service do not have to exist apart. They have experience to offer each other, and their differing viewpoints are valuable—but all too often lost in the chaos of daily life lived abroad. Dialogue can and should be fostered between them.

Based on my vantage point having been on both the sprinter and the runner teams, I encourage FS colleagues to be in touch with the Peace Corps country director in their host country, invite Volunteers to your home for a weekend, visit Volunteers at their site or host a group for Thanksgiving or the Fourth of July.

We can all learn from each other. 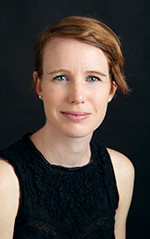 Katie Mastin was a Peace Corps Volunteer in Albania with her husband, who later joined the Foreign Service. Their tours include Liberia, Russia, Washington, D.C., and Mexico. She currently works as a freelance writer in between taco breaks.