Endemic in many countries, corruption is a deadly virus that can infect any nation. Fighting corruption abroad and banishing it from U.S. foreign policy must be core responsibilities of U.S. diplomats.

Revelations of questionable executive branch conduct in U.S. foreign policy toward Ukraine led to riveting hearings at which several members of the Foreign Service were called to testify as fact witnesses, under subpoena. They did so with honor and integrity.

Corruption in foreign policy occurs when policymakers betray the trust the American people place in them to formulate and conduct foreign policy in the public interest, not their personal or private interest. The stakes are high, because foreign policy involves the security and prosperity of every citizen.

As professionals entrusted with conducting U.S. foreign policy at a time of deep political polarization in the United States, we can expect that the issue of corruption in foreign policy will remain a central theme. The question for career diplomats is how to navigate this period in a way that demonstrates and preserves our integrity and allows the U.S. Foreign Service to most effectively serve the American people.

We need to address corruption in a focused way as a mainstream issue and an area of special skill, like foreign languages and area studies. Today, when democratic institutions are distrusted and under assault around the world, the Foreign Service should double down on nonpartisanship, professionalism, expertise and honesty.

The Most Unfair Trade Practice of All

Take bribery. In 1988, when I was the principal deputy assistant secretary in the Bureau of Economic and Business Affairs, Congress passed an omnibus trade act that instructed the State Department to negotiate an arrangement in the Organization for Economic Cooperation and Development. Under the arrangement, governments would enact and enforce laws modeled on the U.S. Foreign Corrupt Practices Act to dissuade their companies from bribing foreign government officials to gain business.

The U.S. delegation to the OECD took ownership of the task. Not long thereafter, in 1990, I became ambassador to that organization, and the task became my responsibility. It was slow going, but we made progress. On returning to Washington, I led a dedicated team from the State, Justice and Commerce departments that persuaded other countries to conclude the OECD Anti-Bribery Convention in 1997.

One of our most compelling arguments was that when countries offered tax deductions for overseas business bribes (as several OECD countries did!), their finance ministers were in the room, figuratively, when bribes were being paid.

The OECD Anti-Bribery Convention gradually came to be enforced more effectively; more countries became signatories, and it is now an important part of the international economic architecture. It not only levels the playing field for U.S. workers and companies; it also elevates standards of conduct in international trade and investment.

Career professionals at State need to give high priority to protecting the FCPA and sustaining and upgrading the OECD Convention.

The “MCC Effect” and Corruption in Security Assistance

Economists—including me—were slow to recognize the extent to which corruption impeded economic development in poorer countries. When the George W. Bush administration sought to create a new foreign assistance institution that would appeal to Republicans as well as Democrats, President Bush insisted on incorporating strong and objective anticorruption conditionality into the admission requirements for what became the Millennium Challenge Corporation.

As a result of the “MCC effect,” potential recipients of MCC programs became quite proactive in initiating reforms to address their perceived weaknesses, including in curbing corruption. It is important that the American people, some of whom believe foreign aid budgets are bigger than they are, have confidence that aid is not wasted and foreign assistance professionals are good stewards of tax dollars allocated for foreign assistance.

The MCC was designed to take a long-term and deliberative approach to economic assistance, specifying certain indicators of good governance, economic freedom and countries’ investments in their own people to inform decisions about recipients.

But such a deliberative approach is not always possible. For example, the Bush administration soon confronted the very different challenge of devising emergency economic and security assistance programs for Afghanistan and Iraq after military interventions there. Even in those early days, there were indications that massive U.S. economic and security assistance programs would be plagued by corruption. And they were.

Our government never completely resolved the problem of corruption in our assistance programs to those two countries. In December 2019 The Washington Post published articles based on “Lessons Learned” interviews with a range of senior U.S. government officials involved in these programs conducted by the Office of the Special Inspector General for Afghanistan Reconstruction.

Our alliances cannot be strong unless other countries can trust what we say and are confident we will honor our commitments.

The interviews suggest not only that reconstruction efforts were deeply thwarted by corruption, but also that our procurement methods, the massive amounts of aid, and intelligence officials’ cash payments to Afghan leaders actually exacerbated and fueled the corruption already present in Afghan society.

I expect that a similar review of our experience in Iraq would produce broadly similar conclusions. We owe the American people a serious effort to review and learn from the failures and successes of the past 15 years.

Our development professionals must rigorously implement anticorruption provisions in all foreign assistance programs, and introduce effective programs to assist countries in curbing corruption.

Interagency discussions should be held aimed at translating the lessons learned, especially those about corruption, into workable principles for major economic reconstruction programs motivated by national security concerns.

The Challenge of China and Russia

Addressing corruption will also figure prominently in foreign policy challenges ahead with China and Russia. Because so many economic decisions are centralized and placed in the hands of government officials, authoritarian and communist governments are especially prone to corruption.

As there is neither transparency nor mechanisms to ensure accountability of the powerful to the people, government officials often extort companies and individuals. Ordinary citizens and companies that would otherwise shun bribery find that it is a survival technique.

In testimony to the Senate on trade relations with Russia in 2012, I called for the United States to pursue a “rule of law for business” agenda alongside normal trading relations. I suggested a rule-of-law triangle focusing on open trade, investment protection and fighting corruption. Congress embraced this suggestion and called on the State Department to report each year on progress achieved.

It will come as no surprise to Journal readers that Vladimir Putin and Russia have been unresponsive, and the department so far has had little to report. But as the United States looks to rebuild its economic relationship with Russia, we must insist that a “rule of law for business” agenda form a central part of any new economic relationship.

China is a more complex potential threat to our system and values because it has developed a strong economy that is deeply intertwined with ours. Formulating policy toward China wisely and executing it effectively will be major tasks for the next generation.

China is not invincible, however, and the leadership of this rising power sees official corruption, and the disgust of the Chinese people toward it, as a vital threat to the regime. The Chinese people want more elbow room to exercise political rights most people take for granted.

As we reformulate and refine trade policy toward China, we must bring Beijing into the OECD Anti-Bribery Convention and not allow Chinese companies to play by different rules than those on which other major economies insist.

We should also keep in mind that refreshing and preserving the integrity of our democracy and economy at home could be the most effective strategy for empowering the Chinese people to push their government to be more open and accountable.

Our alliances cannot be strong unless other countries can trust what we say and are confident we will honor our commitments. Integrity is an essential ingredient for the institutions that keep our democracy healthy and our economy dynamic.

Members of the U.S. Foreign Service take an oath to protect and defend the Constitution of the United States against all enemies, foreign and domestic, and to bear true faith and allegiance to the Constitution. One of the deadliest enemies of our Constitution is corruption, both abroad and at home. We all must candidly and proudly tell the story of how the checks and balances of American democracy address corruption allegations in the United States.

As professionals, FSOs know that elected officials have the final word in determining foreign policy. The Foreign Service must continue to be nonpartisan, but we can and should find ways to forcefully make the point that integrity is an essential ingredient for effective national security and foreign policy. As Secretary of State George Shultz said when testifying in 1987 on the Iran-Contra matter, “Trust is the coin of the realm.”

As a cadre of professionals, the U.S. Foreign Service plays a small but essential role in insulating foreign policy from corrupt influences. Our country has been well served by having a creative mix of noncareer and career officials providing expert foreign policy advice.

But all who serve must be qualified. To further insulate foreign policy from inept or corrupt influences, the State Department should review past recommendations and issue new guidelines for assessing qualifications for ambassadors and other Senate-confirmed foreign affairs officials, noncareer and career nominees alike. The Director General of the Foreign Service should ensure that all officials receive serious training on how to maintain integrity in difficult circumstances.

We should build broader and deeper understanding in the public of what career foreign policy professionals do and how we do it. Retired foreign affairs professionals should facilitate roundtable conversations around the country about why integrity must be a core ingredient of America’s foreign policy.

The Foreign Service should not be drawn into partisan debates about impeachment or the outcome of the 2020 election, but we can and should be ready to tell our fellow citizens about the patriotism and professionalism that drew us into diplomatic careers and the commitment we have to fighting corruption.

“Integrity First” is one nonpartisan campaign we can all support in 2020. 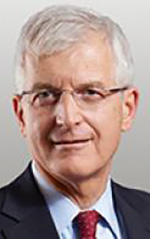 Alan Larson retired from the Foreign Service in 2005 with the rank of Career Ambassador. He served as under secretary of State for economic, business and agricultural affairs; assistant secretary of State for economic and business affairs; and ambassador to the Organization for Economic Cooperation and Development. Since 2005, he has been senior international policy adviser at Covington and Burling, an international law firm, where he co-leads the Global Problem Solving practice. He is chair of the Board of Directors of the Coalition for Integrity, an anticorruption NGO, and a director of Helping Children Worldwide, which provides health and education services for vulnerable people in Sierra Leone. 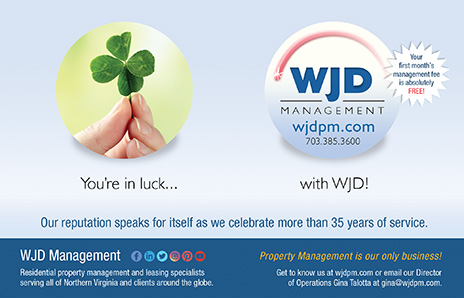