The March issue focuses on dealing with Russia and Ukraine. 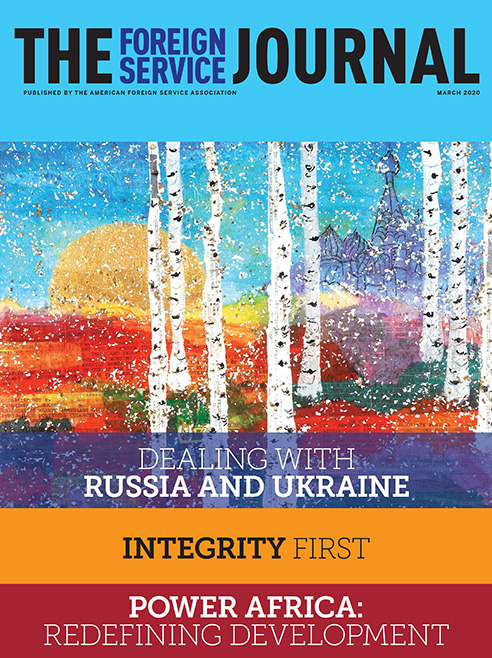 Reflections on Russia, Ukraine and the U.S. in the Post-Soviet World

The struggle between Russia and Ukraine, in which the United States has been involved for three decades, reflects the challenges of the continuing post-Soviet transformation.

The World Through Moscow’s Eyes: A Classic Russian Perspective

To fathom the Ukraine dispute, a Russian scholar and head of the Carnegie Moscow Center shares what he thinks U.S. diplomats need to know about Russia.

An ambitious USAID initiative to bring the U.S. government’s resources to bear in Africa is producing results, offering a new model for development assistance.

The Foreign Service Act at 40