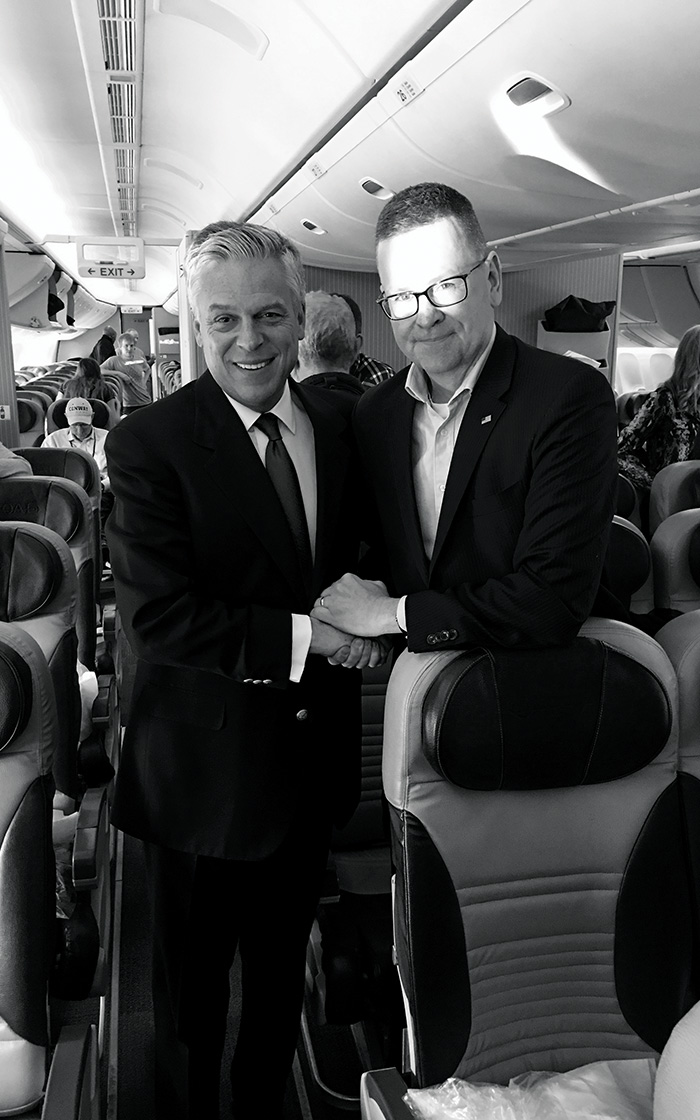 Ambassador Jon Huntsman, at left, with Michael Lally, bids farewell to departing staff on the plane just before takeoff.
Courtesy of Michael Lally

Over recent months, there has been much media focus on the Foreign Service, including its role to protect national security and advance U.S. interests. Less is known about the people, who often work behind the scenes and beyond the headlines. While Foreign Service officers are contractually bound for worldwide assignment, jobs in Russia were never for the fainthearted. High-stakes policy issues, unblinking and aggressive surveillance of diplomats and family members, a heavy workload and a recalcitrant Russian bureaucracy made this a self-selecting hardship post.

Following Russia’s occupation of Crimea and its launch of the ongoing war in eastern Ukraine in 2014, Moscow and Washington diverged on many issues, from arms control and Ukraine to the very size and nature of our diplomatic missions. As U.S.-Russia relations deteriorated, staff were caught up in the diplomatic conflict.

In December 2016 President Barack Obama expelled 35 Russian diplomats and announced a series of sanctions in response to Russian interference in the U.S. election. Seven months later, in July 2017, in response to stepped-up sanctions, President Vladimir Putin ordered a dramatic drawdown of hundreds of U.S. mission staff in Russia. Eight months later, in March 2018, the United States expelled 60 more Russian diplomats and ordered the closure of the Russian consulate in Seattle in response to an assassination attempt in England on a former officer of the Federal Security Service of the Russian Federation (FSB). And a few days after that, in response, President Putin expelled 60 U.S. diplomats and shuttered the consulate in St. Petersburg.

In Russia, as our government-to-government contacts dropped dramatically, we needed creative approaches to report on Russian politics and the economy, provide support for American citizens and companies in the country, and facilitate Russians’ travel to the United States. Washington needed direct information for policy formulation, and U.S. Mission Russia’s job was to deliver, regardless of the obstacles.

As we approach the second anniversary of the March 29, 2018, expulsion of our diplomats, their story of grit, professionalism and patriotism reminds us of the Foreign Service ethos and our direct contributions to the nation.

Strike One: The Kremlin-Ordered Drawdown, 2017

Although the March 2018 expulsion of dozens of our Foreign Service members and their families received international media attention, the much larger, Kremlin-ordered staff reduction in July 2017 attracted less scrutiny. After receiving the order in late July, Ambassador John Tefft quickly gathered the country team to relay the bad news: We would have to identify and separate several hundred staff in less than 30 days. The ambassador called on all of us to handle this with discretion, sensitivity and dignity toward all staff members. To ensure that Mission Russia could continue to operate despite significant staffing cuts, then Deputy Chief of Mission Anthony Godfrey (now U.S. ambassador in Belgrade) urged the leadership team to preserve institutional memory.

Overnight, U.S. Mission Russia was transformed. Scores of American officers and their families had to leave the country in less than four weeks. Some received the news while away from post and could not return; others packed out, sold their homes and found their assignment rescinded with nowhere to go.

The overwhelming impact of this first round of cuts, however, fell to our FSN staff. Many had served in the mission since the heady days of the early 1990s, when U.S.-Russian relations were full of hope and promise. These Russian colleagues would often recall meeting a U.S. president or a famous American musician, or a much-admired former supervisor who attended their wedding. For many, working for U.S. Mission Russia was not just a job—it was a way of life. Now, single mothers, tandem FSN couples and veterans of more than 20 years faced loss of their livelihoods. Their service to the U.S. government severely complicated future job prospects, if not making them practically unemployable.

Hundreds of staff hours went into determining how to preserve core diplomatic and administrative function. But people came first, always. One on one, for weeks at a time, our officers explained to dedicated FSNs that we had to separate them, even though they had done nothing wrong. We did so with humanity and respect, showing these American values even in the toughest of times. Many of the officers who had to fire American and Russian staff were also preparing themselves to leave. I vividly recall one of many separation meetings, where I delivered the bad news to a local staffer. His stoic response: “You know our history and our government. We know who did this. Thank you, but don’t worry. All will be fine.”

For others who remained at post, the future was uncertain. But one thing was crystal clear: U.S. Mission Russia—and the mission—would continue.

As months passed, U.S. Mission Russia adjusted to the “new normal” of delivering on the bilateral relationship while remaining tremendously understaffed. Fortunately, the arrival of Ambassador Jon Huntsman and his wife, Mary Kaye, buoyed our spirits and renewed our hope for improvement in bilateral relations. Having served as chief of mission in Singapore and Beijing earlier in his career, Amb. Huntsman was clear-eyed about the challenges we faced. He spent a lot of time with staff, rebuilding morale and sharing his vision. Time and again, Huntsman would remind audiences: “Just because our staff was cut by nearly 70 percent does not mean our workload has gone down the same amount. Indeed, it has gone up.”

That spring, news broke from the United Kingdom of an assassination attempt on Sergei Skripal, a former FSB intelligence officer, and his daughter. For the first time since World War II, a military-grade chemical weapon had been used on civilians in Europe (a first responder was hurt in the attack and recovered; another British citizen died from incidental contact with the poison, novichok).

To respond to this latest Russian perfidy, nearly 30 nations joined the United States in expelling more than 150 Russian diplomats around the world. As is the nature of diplomatic work, much of this was done quietly, without fanfare, but with steely purpose. As we watched the news unfold, we waited for the next shoe to drop; the Kremlin quickly noted it would respond “symmetrically.”

Late on a Thursday evening, March 29, 2018, it got personal. A diplomatic note ordered the expulsion of 60 colleagues from U.S. Mission Russia and the closing of U.S. Consulate General St. Petersburg within 48 hours. In a hastily arranged ceremony, former DCM Godfrey and Consul General Tom Leary lowered the flag over the consulate for the first time since 1972.

As U.S.-Russia relations deteriorated, staff were caught up in the diplomatic conflict.

The Kremlin split families, declaring one of a tandem couple persona non grata, leading to difficult choices and leaving the remaining FSO with new responsibilities for children who needed to complete the school semester in place. Literally overnight, many of us had less than a week to transfer an ongoing, extra-heavy workload, get kids out of school, pack out of our homes and look for new jobs.

As U.S. Mission Russia had risen to the occasion just months earlier, it did so again. The days prior to departure showed the best of humanity and professionalism. Everyone in the community came in to help. Critical projects were quickly picked up; impromptu babysitting and packout arrangements were made to allow staff to work; meals appeared out of nowhere, delivered to offices where many did double shifts. Trunkloads of clothing and food were delivered discreetly to Moscow-area churches.

A star public affairs officer published a video farewell from mission that showed a proud, professional face of America, despite the sad occasion (featured in The Washington Post, it has gotten more than 40,000 hits). This was done even as that officer’s spouse prepared for departure. Another colleague superbly captured the mission’s resolve in an FSJ piece (July/August 2018, “When the Going Gets Tough: Moscow”). We were all Americans, regardless of where we were from, our rank, our home agency or our length of service. We had each other’s backs.

PNG day was a blur of bags, bustling workers, animal crates, bleary-eyed sadness and logistical urgency. More than 130 exhausted family members, scores of dogs and cats and hastily packed belongings were loaded onto the chartered aircraft. Reminiscent of a scene from Ben Affleck’s Academy Award–winning film “Argo,” the pilot announced, “We are now entering American airspace” to the whoops and hollers of a planeload of friends and family.

At Washington's Dulles Airport, we were met by dozens of colleagues with “Welcome Home” signs, American flags and offers of help. Many volunteered after hours to help with mounds of luggage, cranky babies in strollers and a fleet of taxis to get us “home,” wherever that was supposed to be. As we hugged and said our good-byes at the baggage carousel, we realized that the last weeks and months had bonded us together like no other assignment. We even had nicknames for each other, based on our number on the PNG list received from the Kremlin.

After the adrenaline rush of the PNG, many of us were pulled in two directions. First, the urgency of the basics: finding shelter and schools for our kids. Second, landing a new assignment. Family members or spouses had to start all over again on their job search. Social media lit up as informal support networks sprouted, while home agencies tried to figure out what to do with all of us. With the help of compassionate ambassadors and DCMs, some of us quickly moved on to other overseas assignments or were reassigned to Washington; for others, it took longer to find the right new position.

About two weeks later, we all caught up at an impromptu potluck feast, where we told our stories because we knew others would completely understand, shared job tips and offered references. But U.S. Mission Russia was never far from our minds, particularly the colleagues who stayed behind. We Skyped and emailed, conscious that the FSB was eavesdropping as much as ever. Our remaining colleagues were the real heroes; they put their heads down and continued to advance American interests in a hyper-hostile environment. As one wisely noted, “Those that are leaving wanted to stay; those that stayed are wondering when they’re leaving.”

Leadership always matters, but true crises test the mettle of everyone up and down the management chain. Strong leadership, a close-knit country team and a sense that we were all in this together made the difference. Indeed, there was an unspoken code: Not a soul uttered a serious word of complaint. History put us all together in that place, at that time, proud of our country and determined to visibly defend our values against Russian aggression. 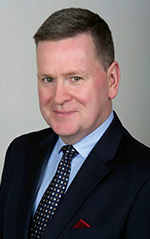 Michael A. Lally (“Lucky 21” on the PNG list) was Minister Counselor for Commercial Affairs for Eurasia, based in Moscow, from 2017 to 2018. He is currently assigned to the U.S. Mission to the European Union in Brussels. 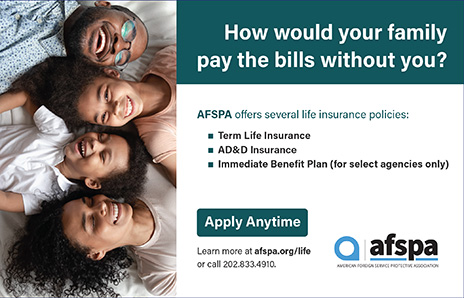 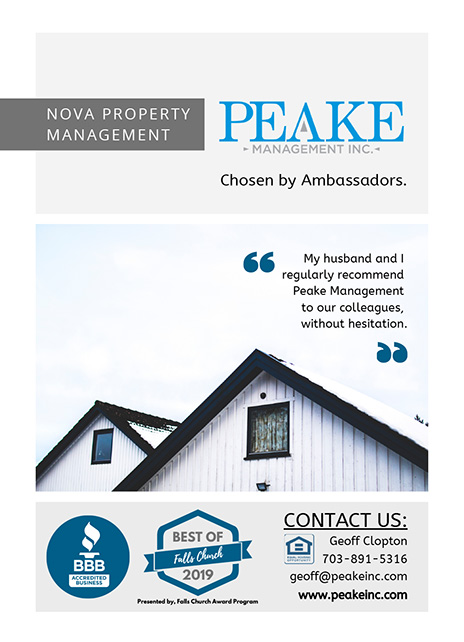 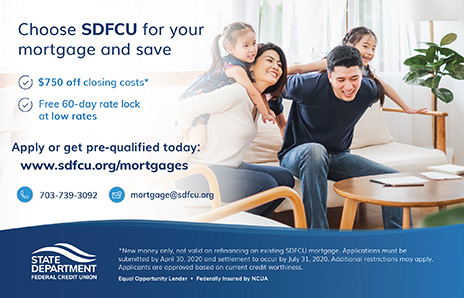