The October issue focuses on dealing with Iran. 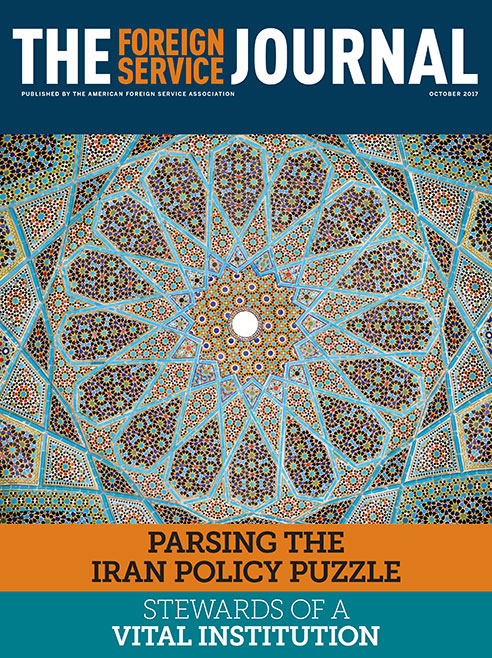 Iran Inside and Out

This in-depth look at Iran provides context and perspective for understanding the controversial nuclear deal.

Norman Borlaug and Biotechnology Lead a U.S. Ambassador to Iran

In this unusual example of the value of soft power, the often-divisive issue of biotechnology enabled the United States and Iran to find common ground.

Love in Tiflis, Death in Tehran: The Tragedy of Alexander Sergeyevich Griboyedov

This story of power politics, warfare and diplomacy in 19th-century Iran and the Caucasus is a rich slice of history. It is also a cautionary tale that transcends its time and place.

Getting the Job Done (During Chaotic Times)