The July/August issue focuses on the 1998 East Africa embassy bombings. 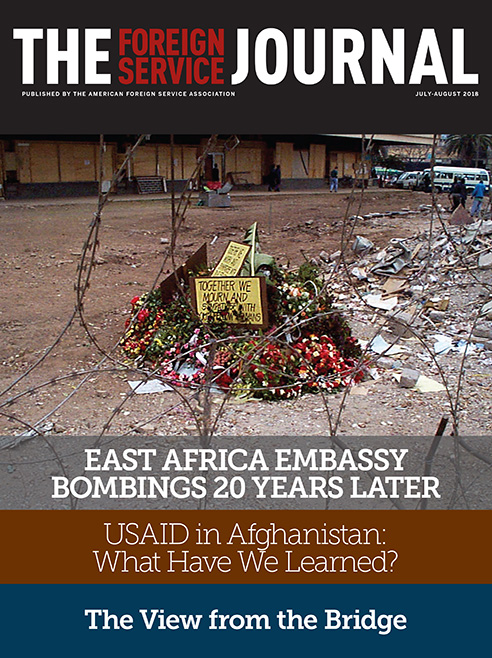 Reflections on the U.S. Embassy Bombings in Kenya and Tanzania

On the 20th anniversary of the terrorist attack on two U.S. embassies, American, Kenyan and Tanzanian survivors reflect on that seminal event and its aftermath.

A Day of Terror: From the FSJ Archive

Selected excerpts from articles, columns and letters to the editor on the East Africa bombings over the years since 1998.

USAID in Afghanistan: What Have We Learned?

A retired Senior FSO presents lessons from the largest USAID program since Vietnam, a 17-year engagement that has pushed the agency’s capacity to the brink.

Getting Our Team on the Field